Kamunyu’s tenure as MUASA, FASPU chairperson comes to an end 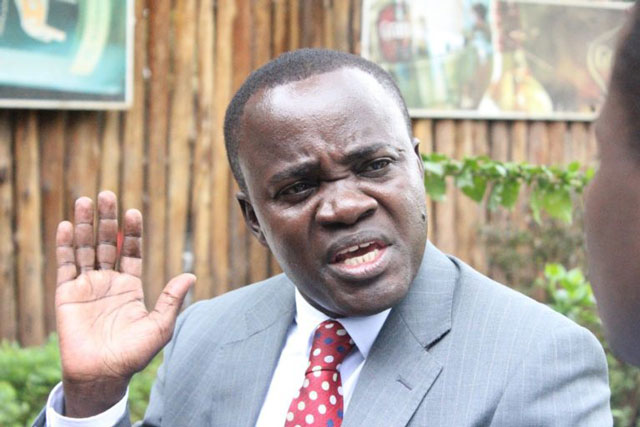 Kampala, Uganda | THE INDEPENDENT | The tenure of Dr. Deus Kamunyu Muhwezi as Chairperson Forum for Academic Staff in Public Universities-FASPU, and Makerere University Academic Staff Association-MUASA has come to an end.

Kamunyu served as FASPU chairperson for almost two years having been elected in June 2019.

His tenure as a leader for both associations was seen as a vessel for improving staff welfare across public universities through his unique and calm leadership style.

As MUASA chairperson, Kamunyu was a vocal critic of the university administration, representing voices of staff demanding reforms in key areas of the institution including employment systems, the welfare of staff, academic freedoms, and proper functioning of university systems, and spoke against financial excesses and mis-allocation of resources.

It is his stance on these issues as a representative of the academic staff that a deep-seated animosity grew between staff associations and the university administration led by the Vice-Chancellor, Prof. Barnabas Nawangwe.

Kamunyu was suspended on accusations of inciting staff and indiscipline and insubordination to the authorities following several warnings and his insistence to have the staff issues addressed.

His suspension caused an uproar from university staff leading to a month-long sit-down strike by all staff causing a stalemate at the century-prestigious institution.

As FASPU chairperson, Kamunyu organized an industrial action to push for the release of 129.24 Billion Shillings by the government towards the enhancement of salaries of lecturers in all public universities as per a presidential directive in 2015.

Dr. Kamunyu says that his biggest achievement in leadership was to ensure that university staff receive salary increments.

Dr. Kamunuyu also says that while stepping into leadership, he envisioned a teaching environment for staff who are not constrained to offer education.

Kamunyu is also credited for the creation of a research fund and a life insurance scheme for staff.

Dr. Milton Wabyona, the Public Relations Officer for Makerere University Academic Staff Association says that Kamunyu was an articulate leader whose focus on issues regarding staff welfare was firm.

Dr. Simon Kawuma, the Chairperson of Mbarara University of Science and Technology Academic Staff Association- MUSTASA says that Kamunyu united staff in public universities which created a force that could push for their interests.

Kamunyu says that his successors in MUASA and FASPU should advocate for better employment terms and full salary increments for the rest of the lecturers.

The Forum for Academic Staff in Public Universities (FASPU) was formed in 2017 to facilitate negotiations in line with salary enhancement on behalf of the academic staff in all the 10 public universities with the government.