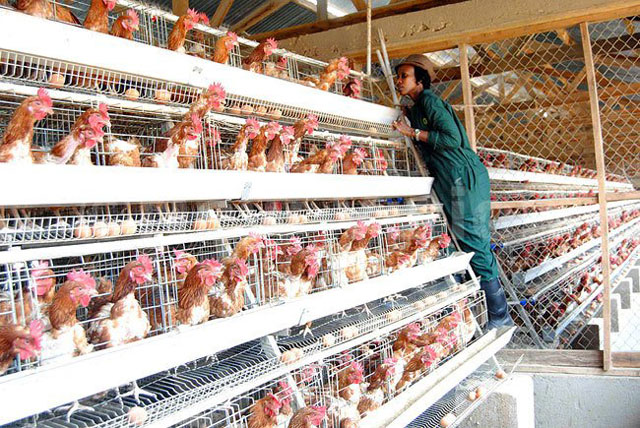 Kampala, Uganda | THE INDEPENDENT | Ugandan poultry farmers have denied accusations by their Kenyan counterparts that they export cheaper poultry products to Kenya, which is distorting the market.

“If we ban Ugandan chicken, our farmers will be able to sell more locally and get paid more. As it is, our farmers are not making a profit because of dumped chicken coming from Uganda,” The Sun quoted a letter by the farmers.

However, Rahim Manji, the managing director of Yo-Kuku, a leading exporter of chicken to Kenya, says that it is not fair for Kenyan poultry dealers to accuse them of dumping since they source most of their poultry inputs from Kenya.

“We buy a good percentage of our production input from Kenya. Right for day-old chicks from KEN CHICK and the feeds mainly from BENGALI. They know exactly how much we put in and how much we sell the final product. How can they accuse us of dumping? Rahim wondered.

He explains that it is very irrational for any business person to dump any product in any market given the current rate of inflation.

Manji says that the cost of production in the poultry industry has increased by 40% and they can’t just be dumping chicken like they are being accused by their Kenyan counterparts.  “I expected the east African community to be strong and tough, but one wonders what they are doing in such circumstances,” he said.

Uday Sagl, the director of SR Kuku, who mainly produces eggs also wondered whether expanding their market is equivalent to dumping. He cited an example of many Ugandan crops that are exported to Kenya and asked why Kenya doesn’t complain of dumping. According to Uday, his company only exports 15 to 20 % of their products to Kenya.

He adds that the good news is that the Ugandan per capita consumption of eggs is continuously increasing and that they are exploring other markets like DR Congo since Kenyans have always expressed limited interest in their products.

Moses Solomon Male, secretary of the Uganda Poultry Farmers Network, says that their main problem is the low poultry consumption by Ugandans compared to Kenyans. He says that although Kenyans are fighting Ugandan poultry, they should not forget that what Uganda consumes from them is more than just the poultry.

He argued that Ugandan poultry dealers should get ready to protest once the Kenyan government agrees to the proposal by the farmers. It is estimated that Kenya’s 32 million bird population is not enough to feed its consumers.

As a result, Kenya imports poultry worth over Shillings 1.5 billion from Uganda through formal and informal channels daily. A similar amount is also imported from other sources.  Emmanuel Mutahunga, the acting commissioner for external trade in the Ministry of Trade and Cooperatives has called for calm from poultry dealers, saying the Kenyan government has not taken any decision on the matter.

“The Kenyan government has not pronounced itself on this issue and we are dealing with it at a policy level for the better of everyone in the region,” he said. Since 2018, Kenyan poultry farmers have repeatedly asked their government to ban poultry imports from Uganda because of allegedly disrupting the market price.