Two people are dead and three are in critical condition from a series of stabbings outside a Las Vegas casino on Thursday, according to police.

There are eight victims total from the incident, which started around 11:40 a.m. local time, Las Vegas police said. They include both locals and tourists, Sheriff Joseph Lombardo said during a press briefing Thursday. 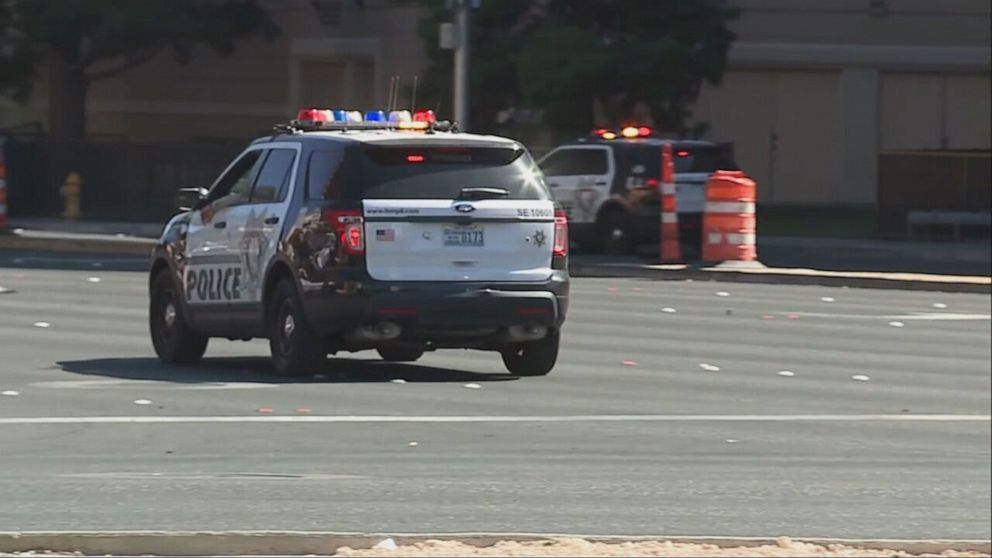 Law enforcement vehicles are shown along the Las Vegas Strip where multiple people were stabbed on Oct. 6, 2022, in Las Vegas.

The initial stabbing, which occurred on the sidewalk along Las Vegas Boulevard, appears to have been unprovoked, Deputy Chief James LaRochelle told reporters.

The suspect then proceeded south and stabbed five more victims, and then an additional victim on Sands Avenue, he said. It's unclear when or where the eighth victim was stabbed.

One victim was pronounced dead at the scene, and a second died after being transported to the University Medical Center of Southern Nevada, police said. Three patients are hospitalized in stable condition, police said.

The Clark County Office of the Coroner/Medical Examiner identified the two people who died as Brent Allan Hallett, 47, of Las Vegas, and Maris Mareen Digiovanni, 30, of Las Vegas.

The suspect was taken into custody within a "matter of minutes" by a security guard and police officer after fleeing the scene, police said.

LaRochelle said the suspect is a man in his 30s who recently arrived in Las Vegas. Police are working to confirm his identity, he said.

A large kitchen knife used in the incident has been recovered from the scene, police said.

A motive is unknown, according to police.

Law enforcement vehicles are shown along the Las Vegas Strip where multiple people were stabbed on Oct. 6, 2022, in Las Vegas. 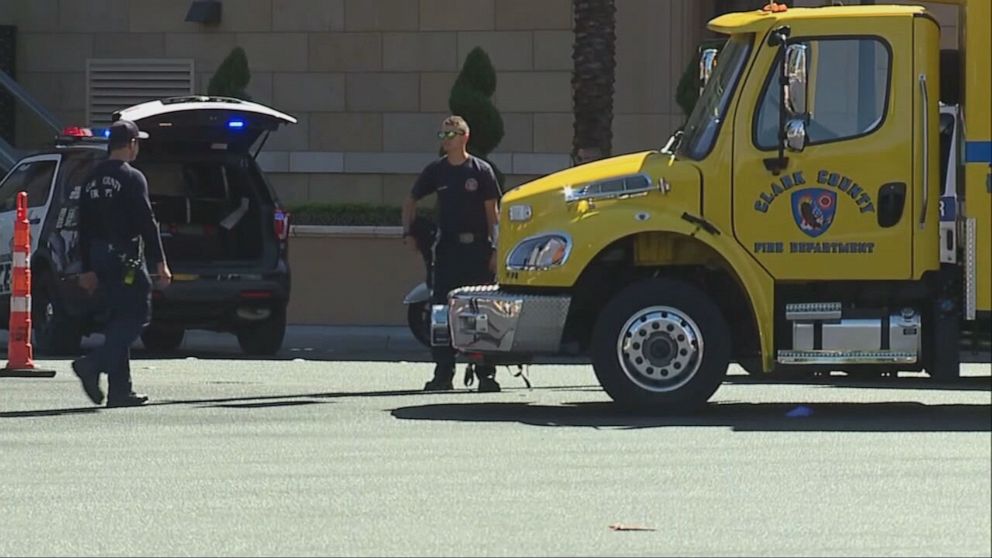 First responder vehicles are shown along the Las Vegas Strip where multiple people were stabbed on Oct. 6, 2022, in Las Vegas.

The victims will be identified pending family notification, the sheriff said.

Authorities stressed there is no known threat to the public at this time, with Lombardo describing the scene of the attacks as "static."

"The Strip is secure," he said.