The Bears are what we thought they were, and so are the Giants — with the exception of the matching 2-1 records each team carries into their meeting Sunday at MetLife Stadium.

Chicago’s offense is from another century, and maybe not even the 20th. Yes. the Bears’ first game this season was played in a monsoon, but through three outings, it’s jarring to see a modern quarterback with a combined stat line of 51.1 percent completions, 297 yards, two touchdowns and four interceptions, which is what Justin Fields brings with him to East Rutherford.

To zero in a little further, in Week 2 at Lambeau Field, Fields was sacked three times and intercepted once to go with 7-for-11 for, brace yourself, 70 yards. Early in the fourth quarter of that game, the Bears actually ran the ball for 99 yards on a single drive and didn’t score.

For the Giants, Daniel Jones’ stats have been quite good — 64.1 percent completions, 560 yards, three touchdowns and two interceptions. His problems have had more to do with the people around him. They include right tackle Evan Neal, who gave up three sacks Monday night versus the Cowboys, and a wide receiving corps that just lost Sterling Shepard for the season and has gotten a combined five catches from Kenny Golladay, Kadarius Toney and Wan’Dale Robinson.

Though the Giants are probably the better of the two teams by a small margin, I’m not ready to give a full three points in a matchup that figures to be close and low-scoring. I can get behind a one- or two-point Giants win or a small upset by the Bears before I’d back Big Blue by four or more. 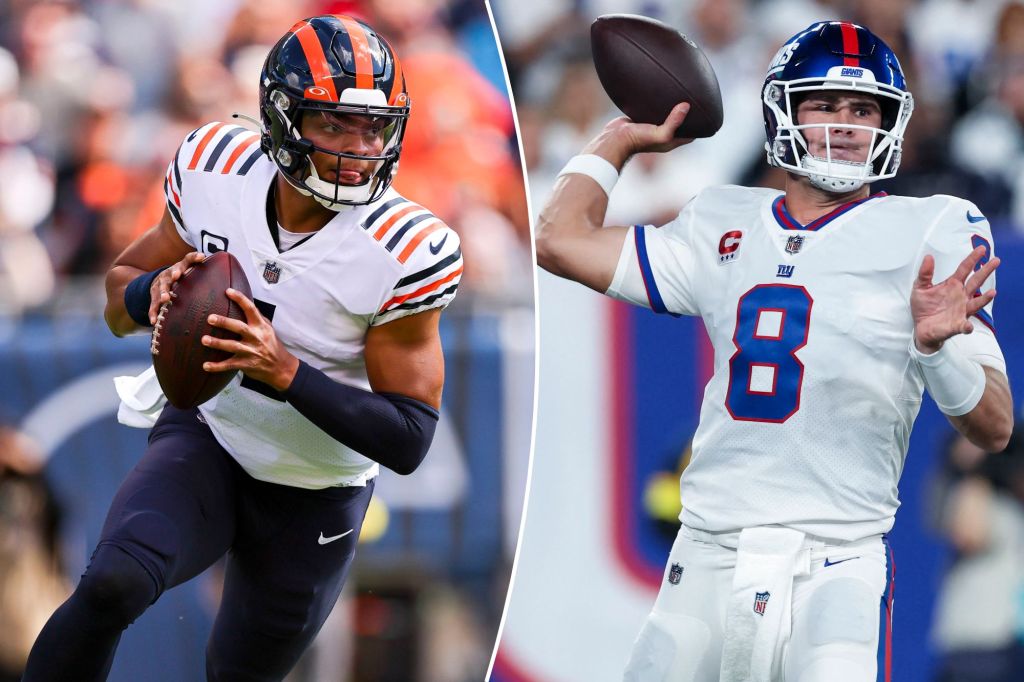 Zach Wilson makes his season debut, and though his presence could give the Jets’ offense some more zip, it’ll also be hard for him to match the 300.3 yards per game Joe Flacco has delivered.

The best news for Wilson: T.J. Watt is out for Steelers. Second best: Garrett Wilson is already at a higher level than any of the wide receivers the quarterback has played with on the Jets.

The bad news: The top three offensive tackles in the organization are all out, and the frustrating defense probably isn’t going to keep the damage small, even against now-journeyman Mitchell Trubisky. Also, except for nine plays in the first preseason game against the Eagles, Wilson hasn’t played a snap in anger in more than nine months. 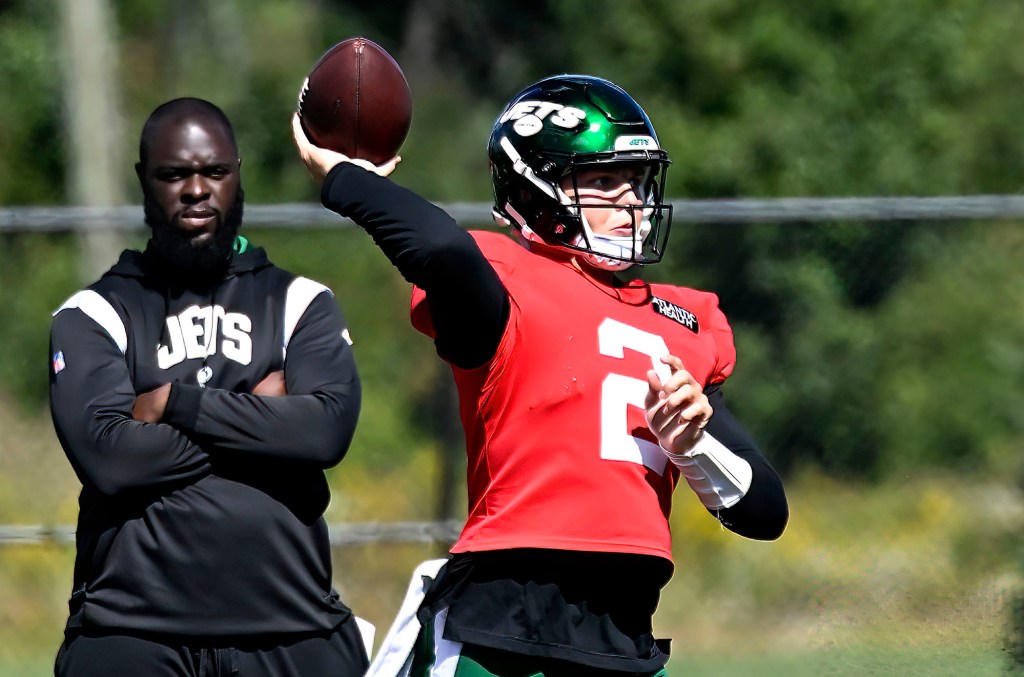 Interesting trend from Brandon Anderson of Action Network — favorites in these 9:30 a.m. ET kickoffs across the pond are 9-0-1 straight up and 7-3 against the spread, not counting the Jaguars’ residency a few years ago. The injury report is worse for the Saints — who list Jameis Winston, Michael Thomas and Jarvis Landry as questionable.

Tennessee hit rock bottom in the Monday night blowout Week 2 in Buffalo and now could thrive while operating a bit under the radar. It’s hard to figure a Colts team that beat the Chiefs after getting blanked by the Jaguars. Matt Ryan hasn’t yet earned my trust in the horseshoe helmet.

Though the Lions have covered in 14 of 20 games under Dan Campbell, I still prefer backing them as underdogs rather than laying more than a field goal. This one is fraught with uncertainty, as is most of Detroit’s offensive production: D’Andre Swift and Amon-Ra St. Brown sat out practice Wednesday and Thursday with injuries, while T.J. Hockenson only returned to practice Thursday in a limited fashion.

Tough L.A.-to-Philly road back-to-back for the Jags, and I would have preferred the full seven points available earlier in the week. As good as the Eagles have been in their 3-0 start, however, I have to throw in with Doug Pederson in his first game back at the Linc.

The Falcons paid twice out west, with a cover at the Rams and an outright win at Seattle. This line has shrunk from Browns -3 to this number, and Cleveland could be without star DE Myles Garrett after his car accident. 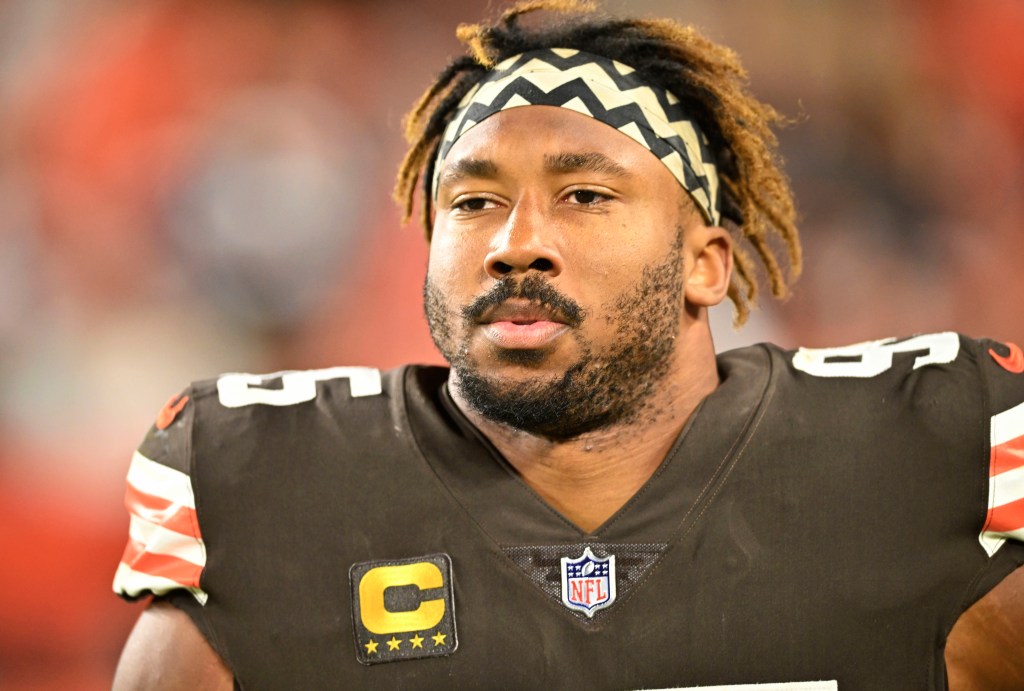 Cooper Rush has been excellent for the Cowboys, now 3-0 as a starter in place of Dak Prescott. This line feels light, and if so, it shouldn’t be because of Rush. As the Giants did, the Commanders will have a tough time handling Demarcus Lawrence and Micah Parsons.

The Bolts were my Super Bowl pick entering the season (ouch!). Injuries have been devastating. Now OT Rashawn Slater and DE Joey Bosa are on IR, and we’ll get some diminished versions of Justin Herbert and Keenan Allen. They might find a way to beat the terrible Texans, but I can’t lay this many.

Always happy to grab some points at home with John Harbaugh’s Ravens, even against a great team like the Bills, coming off a tough loss in Miami despite dominating the boxscore. Buffalo’s defensive injuries should give Lamar Jackson enough opportunities here. 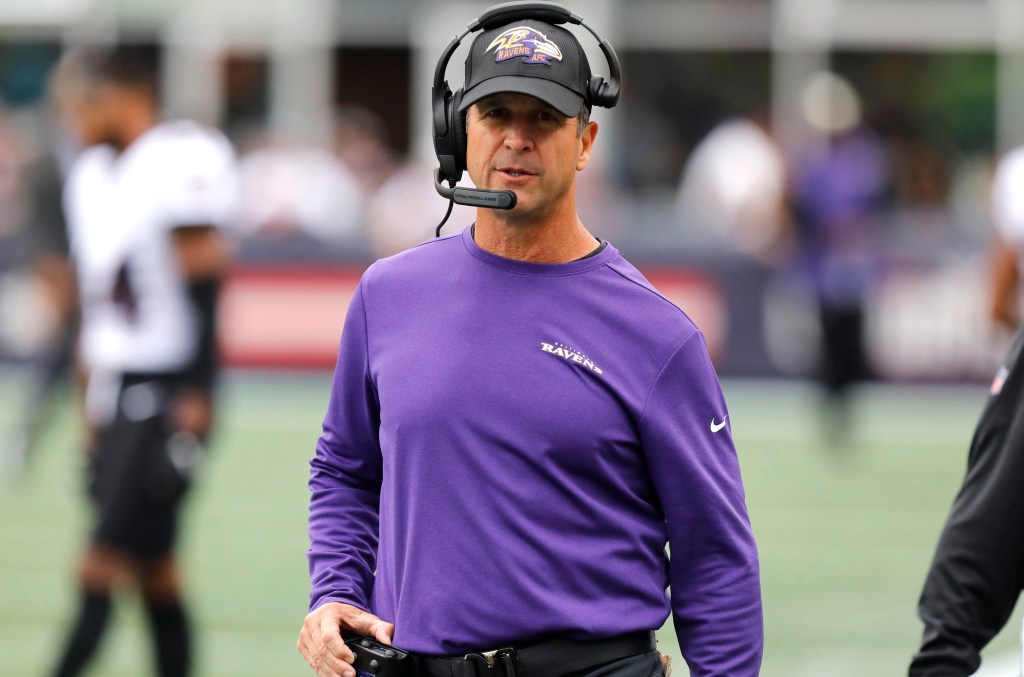 Carolina has gone from +3 to short favorites in a flip that’s usually fueled by sharp money. Though each team has scored 62 points in three games, the Panthers have given up 28 fewer.

This selection is made largely because of the records. The Broncos have many flaws, yet are 2-1. The Raiders are winless, losing three games by a total of 13 points. Derek Carr and Davante Adams have much more to give.

Some more trends from Action Network’s Brandon Anderson — Bill Belichick is 30-12-2 ATS as an underdog, 6-2 ATS getting more than +6, and 11-1 ATS as a ’dog after a loss. Also, Brian Hoyer, starting for Mac Jones, is 8-3 ATS as more than a 5-point underdog. Big spread in low-total game also good sign for the ’dog.

No quarterback should take a delay of game on a game-deciding 2-point conversion, let alone the GOAT. Patrick Mahomes gets revenge for Super Bowl LIV while Tom Brady’s mind seems to be elsewhere. Line flipped tiny favorite when it was announced the game would remain in Tampa.

Bettors who presumed Kyle Shanahan owned Sean McVay got a rude awakening in last year’s NFC Championship game. Missing OT Trent Williams and RB Elijah Mitchell, the 49ers won’t have as much success with their power ground game, and Cooper Kupp loves it under the lights.

Lock of the week