Our NFL betting expert brings you his best 49ers vs. Broncos predictions and picks for their NFL Week 3 showdown, which is live Sunday night at 8:20 EST on NBC.

Whether fans like it or not, it’s back to the Jimmy Garoppolo era for the San Francisco 49ers when they visit an old divisional foe, Russell Wilson, and the disappointing Denver Broncos on “Sunday Night Football.” 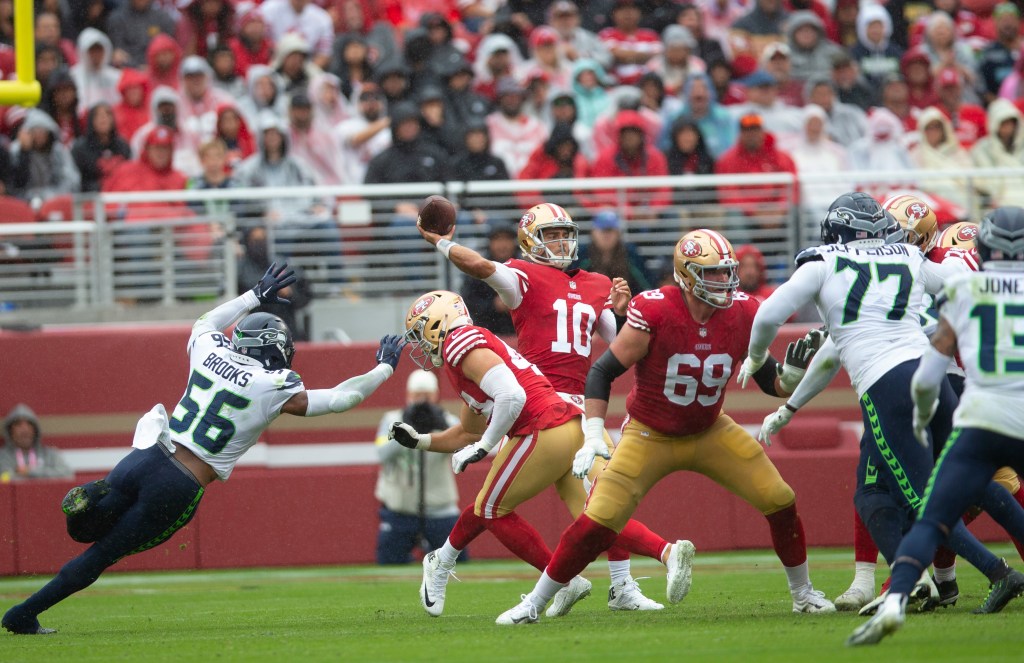 49ers vs. Broncos picks and analysis

While everyone expected Jimmy G gone, he’s the man under center for one more season, and San Francisco has as realistic a shot in the NFC West as any other team.

The Niners are taking a quick flight out to Denver this week, where the Broncos have postponed their Super Bowl parade plans. After their 17-16 loss to Seattle, things somehow looked even worse as the Broncos struggled to beat the Houston Texans 16-9 last Sunday. Wilson went 14-for-31 for 219 yards, one touchdown and one pick. The defense continues to hold firm, but Denver didn’t acquire Wilson so the offense could average 16 points per game.

You can say till you’re blue in the face that quarterback wins aren’t a stat, but 1) they make more sense than pitcher wins in baseball and 2) the 49ers are 31-14 in the regular season when Garoppolo starts.

With all due respect to Lance, the early returns on the 49ers’ season weren’t pretty before Garoppolo entered against Seattle. But Garoppolo took care of the ball and led the 49ers on three touchdown drives, even scoring one himself on a keeper.

Kyle Shanahan’s offense will still be predicated on running the football, and there’s no denying that Lance does that better than Garoppolo out of the pocket or on designed runs. But Garoppolo brings experience Lance hasn’t been able to accrue yet, and he can push the ball up the field, even against staunch defenses like Denver’s.

There’s nothing about the Broncos’ start and we’re particularly inclined to punt based on their 0-for-6 red-zone efficiency.

Our Pick: 49ers to win moneyline 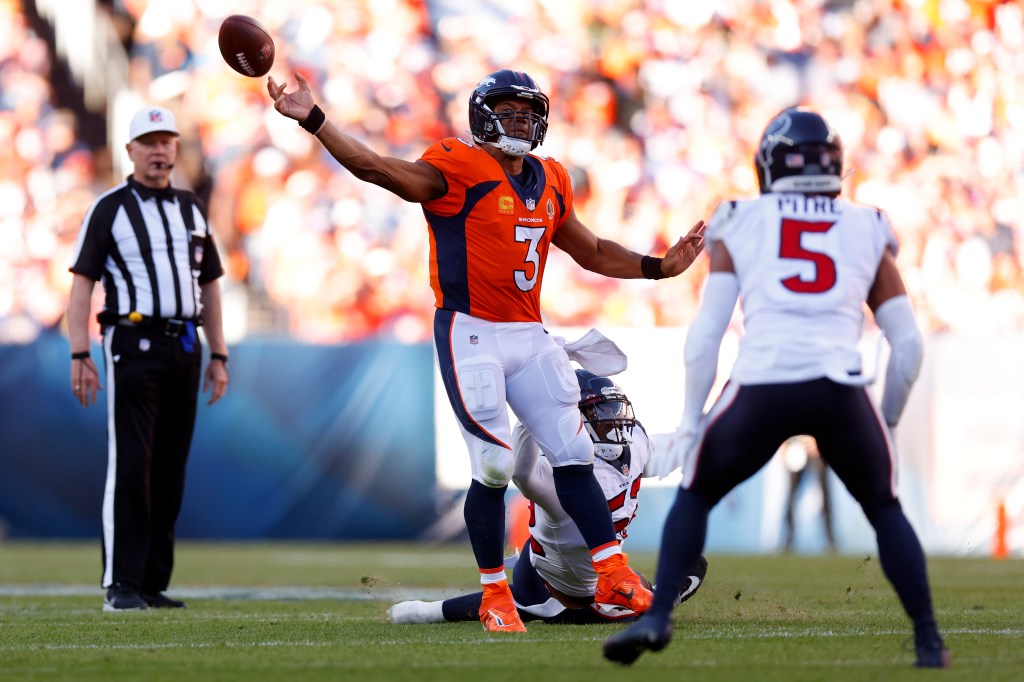 The 49ers and Broncos each have allowed 13 points per game through two weeks. Only the Tampa Bay Buccaneers and Buffalo Bills have given up fewer.

Combine that with the early offensive ineptitude in Denver, and the fact that the 49ers — even with a healthy Jimmy G in years past — have rarely been an offensive juggernaut, and all signs are pointing toward a low-scoring affair.

The under hit in each of San Francisco’s first two games — and they were set at 38.5 and 40 points, respectively, with weak opponents Chicago and Seattle involved. Even if Wilson suddenly started cooking for Denver this Sunday, a 45 O/U seems erroneously high.

Our Pick: Under 45 total points

Given the aforementioned inability for the Broncos to score in the red zone, avoid all Broncos under the “first touchdown scorer” category until further notice.

The shortest odds here belong to Deebo Samuel, which is plenty deserved. Though Samuel didn’t score in Week 2, he was the first to find the end zone in the Niners’ Week 1 loss to the Bears.

What makes Samuel so valuable, of course, is his role in the 49ers’ offense as both a receiver and a runner. When he asked out of San Francisco over the offseason, his reported distaste for the dual role was part of the problem, but Shanahan has shown no desire to change up his methods, giving Samuel 13 targets in the passing game and 12 rushing attempts through two weeks.

Samuel’s skill set is so nice for Garoppolo to have in his huddle. He would have made Lance’s life a lot easier, too, had Lance remained healthy. There may be better payouts to be had down the board, but +420 for Samuel is still enough for us to bite.

These 10 cities offer homebuyers the most bang for their buck

Harry, Meghan grilled on whether they’re ‘putting money before family’ with Netflix series

Shay Mitchell on ‘Something From Tiffany’s’ — and her own baggage

A growing push to fix pulse oximeters' flawed readings in people of color: 'This can be dangerous'

Firefighters put out blaze but overlook body: "He was trying to get out"

UK tries to shore up energy supply with US deal