5 fantasy dramas that you should've watched by now 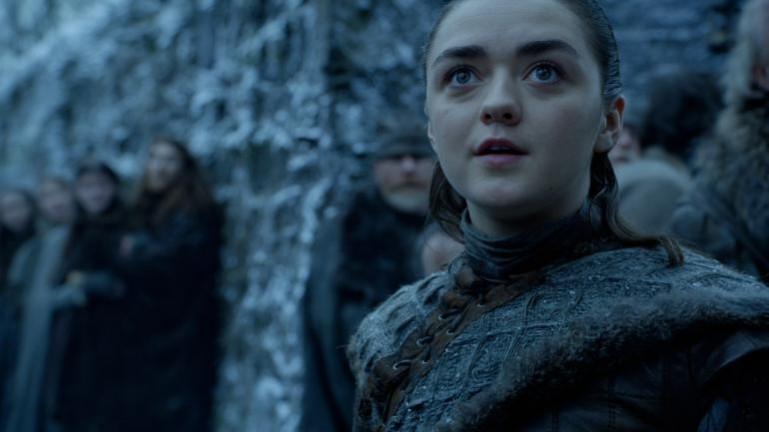 Fictional worlds often offer us an escape from the reality. And fantasy genres, even more so. In the past decade, TV has seen some high-profile fantasy epics. And with fantasy book series such as Lord of the Rings, Harry Potter, and shows like Game of Thrones (again based on the fantasy book series by George Martin) popularizing the fantasy genre even further and becoming a cultural phenomenon, our appetite for magical worlds, supernatural powers, and mythological creatures has grown massively.

Here are 5 fantasy TV series that you should've watched by now if you claim to be a fantasy lover. 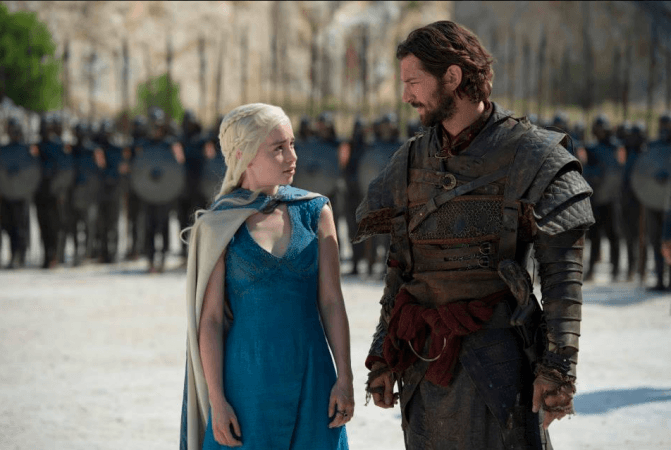 We are talking a list of fantasy dramas that are a must watch. Of course, the fantasy epis saga, Game of Thrones will top it. Perhaps the list shouldn't even have the very obvious ones. But for the sake of the list, and to bring you to consider re-watching the series, Game of Thrones can be streamed on Disney+Hotstar. With its timeless and universal themes, this show gained popularity throughout the world and offers a mix of drama, magic, ice zombies, dragons, wars, and much more. 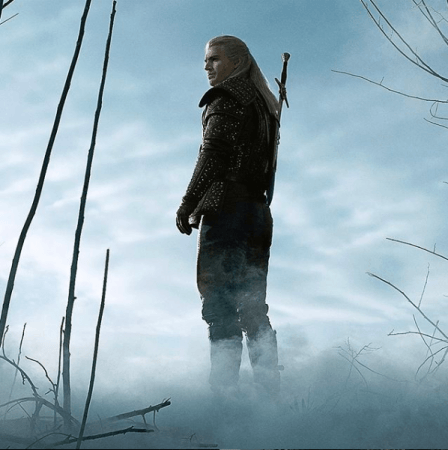 Based on the Polish series of fantasy books which also inspired wildly popular series of video games, The Witcher, is considered as Netflix's attempt at creating their own Game of Thrones. With the first season out in December 2019, the series is complete with complex lore and intertwined timelines. Henry Cavill plays Geralt of Rivia, a mercenary monster hunter who known as the Witcher. He kills a lot of beasts and takes a lot of baths. This eight-episode season one is impressively confusing and convoluted. The show which premiered to much fanfare, blends comedy, action, fantasy, and drama, ensuring it has something for everyone. Dragons are slain, spells are cast, citadels are fallen, and you are hooked. Watch the season one streaming on Netflix. 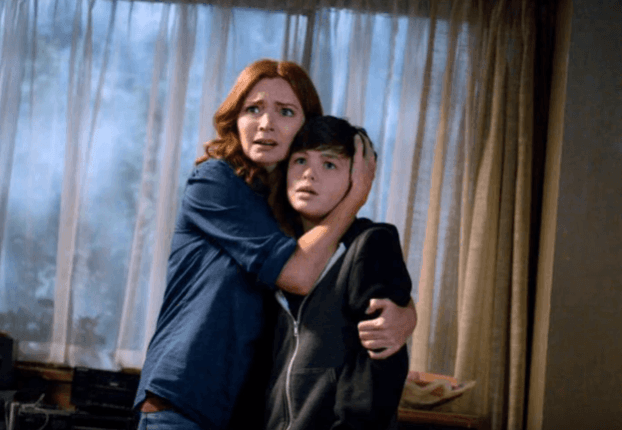 Supernatural is a dark fantasy. This sub-genre of fantasy literary often explores darker and frightening themes of fantasy and has a gloomy horror combined with it. This sci-fi fantasy show made its way to become the longest running TV dramas of all time, with a total of 15 seasons out there since 2005! Having gone from strength to strength in a decade, Supernatural has attracted an astoundingly large and dedicated fan base, forming an internet community of millions all over the world. It started off as a story about two brothers who fight monsters and over time turned into an epic action-packed tale of angels, demons and monsters. This series can be streamed on Prime Video. 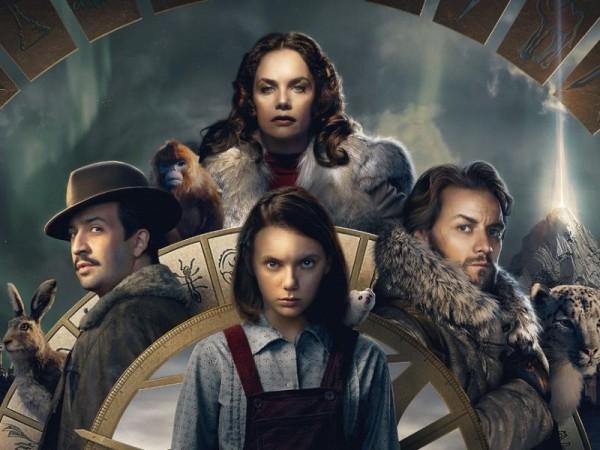 Another fantasy TV show based on book series! Philp Pullman's best-selling trilogy series of the same name saw yet another adaptation! HBO's His Dark Materials Season one which was released last year in December, is an extraordinary journey through space and time, exploring diverse concepts including quantum physics, religion, and original sin. A special call out to the performances by Ruth Wilson, Dafne Keen, and James McAvoy. This fantasy show was first adapted into a movie called 'The Golden Compass' in 2007, starring Nicole Kidman and Daniel Craig and although it didn't grab much fame, this adaptation surely did! The show brings an alternate world where every human has a dæmon who is an animal companion who is the representation of their soul. The show has more such interesting elements and you can watch the entire season one with back-to-back episodes on Star World, on the coming weekend of 18 – 19 July starting 7PM. 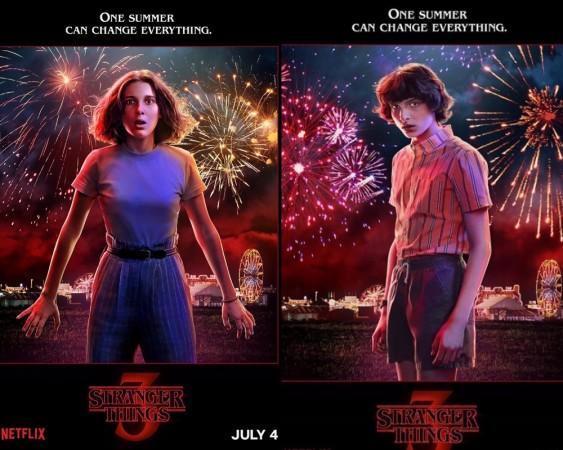 Fantasy, action, drama, comedy and some romance. Stranger Things has got it all. And not just that, you see a super cast and a brilliant storyline. Created by the Duffer Brothers, Stranger Things is set in 1985 Indiana, when a group of kids attempt to save their friend from an alternate dimension. The show offers brilliant special effects and stands out for its unyielding commitment to the 80s nostalgia and culture. Not just a horror fantasy set in the past, this series has been lauded for presenting scientific theories in digestible formats and not just bringing made-up science stuff. You can stream the first three seasons on Netflix.

Maurizio Sarri: Juve are happy to have won perhaps the most difficult championship in the history of Serie A
Aubameyang is close to extending his contract with Arsenal until 2023
Rodri: Hazard is one of the best players in the world
We hit the Manchester United check for Alexis Sanchez: one goal – 11 million euros, a minute of playing time-20 thousand
Pep Guardiola: if Manchester City want to win the Champions League, they need to improve their defensive performance
The Premier League clubs voted against 5 substitutions next season
City has fought back from UEFA and is ready to update: Pep has 300 million on transfers, Ferran Torres and ake have already been taken, and Coulibaly is on the way
Source https://www.ibtimes.co.in/5-fantasy-dramas-that-you-shouldve-watched-by-now-824645

'End Of Asylum': Using The Pandemic To Turn Away Migrants, Children Seeking Refuge

Bitter Republican Senate showdown in Tennessee comes to a head

The Perseid meteor shower peaks soon. Here's how you can see it

Trump’s latest plan to use the census for political gain, explained

Even Asymptomatic People Carry the Coronavirus in High Amounts

SG Lewis, Robyn, and Channel Tres on Making Club Music When There Is No Club

Scientists have unraveled the riddle of a real-life sea monster

A majority of travelers are not willing to get on planes, a new survey shows.

Seabird poop is worth millions, say scientists trying to save the birds

Amid coronavirus, more than a third of US adults are using cleaning products incorrectly: CDC study

Beirut explosion left 300,000 homeless, caused up to $15 billion in damage

Man who escaped from Colorado prison 4 decades ago was living in New Mexico under fake name, FBI says

Central, Eastern Europe on Pompeo’s itinerary for next trip

‘Tenet’ China Release Set For September 4; ‘Inception’ Reissue To Hit A Week Prior

Opinion | Voter Suppression Is Back, 55 Years After the Voting Rights Act

Virginia parks are seeing a rise in popularity – and damage

AP Was There: Black fists raised at ’68 Mexico City Olympics

116 students in one Mississippi town quarantined after COVID-19 outbreak

Andrew McCarthy: In 2016 Trump and his campaign never got a 'defensive briefing'

Megan Thee Stallion is the new face of Revlon

The Latest: PGA Championship begins in chill and quiet

(How to Avoid Raising) The Rich Brats of TikTok

LeBron James on Trump not watching NBA: ‘You trying to make me laugh?’

Winters signs with Bills after being released by Jets

Blackhawks push Oilers to brink of elimination with 4-3 win

2020 hurricane season labeled 'extremely active' in Colorado State forecast, may be busiest since year of Katrina

LA Mayor Threatens to Cut off Water, Power to Those Who Break Coronavirus Safety Measures