It’s common for South Koreans to have not just one age, but three. Sounds confusing? Well, it is – and it’s causing discrepancies in official documents and in legal matters. In response, the country’s parliament passed a new law that aims to standardize how age is calculated. And technically, this means South Koreans are about to get one or two years younger.

Here’s what else you need to know to Get Up to Speed and On with Your Day.

(You can get “5 Things You Need to Know Today” delivered to your inbox daily. Sign up here.)

WNBA star Brittney Griner is back in the US after she was released from Russian detention in a prisoner swap for convicted arms dealer Viktor Bout. “Brittney will soon be back in the arms of her loved ones – and she should have been there all along,” President Joe Biden said Thursday upon securing her release. Despite Biden’s various attempts, the swap did not include another American that the US State Department has declared wrongfully detained, Paul Whelan. “The choice was bringing Brittney Griner home right now, or bringing no one home right now,” a senior administration official said. In a phone interview with CNN, Whelan said he was happy Griner was released but expressed disappointment in his continued detention.

Many Americans were relieved when Covid-19 mandates were lifted and wearing masks became optional in public spaces instead of required. Now, some of the nation’s leading health experts are encouraging people to put their face masks back on as a triple threat of respiratory illnesses – flu, RSV and Covid-19 – sweeps the nation. Several communities across the country are already considering bringing back certain masking recommendations as the wave of respiratory illnesses worsens. For example, Los Angeles is staying below the “high” level of staffed Covid patient beds, at 6.9%, but health officials say they will consider masks again if that level goes above 10%. In New York, meanwhile, flu cases have nearly tripled in three weeks, prompting officials to encourage indoor public masking.

The House select committee investigating the January 6, 2021, insurrection at the US Capitol is considering criminal referrals for former President Donald Trump and at least four of his close allies, multiple sources told CNN. The committee has not yet officially decided whom to refer to the Justice Department for prosecution and for what offenses, but the four individuals who are among those under consideration are former White House chief of staff Mark Meadows, right wing lawyer John Eastman, former Justice Department official Jeffrey Clark and Trump’s former lawyer Rudy Giuliani, the sources said. The criminal referrals would largely be symbolic in nature and would mainly serve as a way to document the committee’s views for the record. The committee is aiming to release its final report and vote on criminal referrals on December 21.

Millions of people across the US are under winter weather advisories as a storm system brings the threat of tornadoes, blizzard conditions and flooding early next week. According to the latest regional forecasts, wintry conditions will push into the upper Midwest today, then a cold front will begin to impact the Pacific Northwest and bring up to two inches of rainfall along the coast. Over a foot of snow is expected across the Sierra Nevada Mountain Range. The storm will begin to impact the Pacific Northwest this evening, bringing additional threats this weekend. Meteorologists say new concerns will likely emerge early next week as the storm progresses eastward into the central US.

Thousands of suspended Twitter users, including members of the far-right and users sharing blatant misinformation, have begun to have their accounts restored to the platform, an independent analysis shows. The mass restoration of banned accounts comes after new owner Elon Musk said that he would offer “general amnesty” to many who had been removed. A number of users on Twitter have raised questions about Musk’s move last week to again suspend Kanye West, who has made numerous antisemitic comments, while restoring the accounts of other white supremacists and Neo-Nazis. In another instance, Musk tweeted that he would not restore Alex Jones’ account because of a personal preference. Separately, several former employees suing Twitter are speaking out on Musk’s recent layoffs, alleging the company violated multiple labor rights laws.

Sinema leaving the Democratic Party and registering as an independent

Arizona Sen. Kyrsten Sinema is leaving the Democratic Party and registering as a political independent, she told CNN’s Jake Tapper in an exclusive TV interview. “I’ve registered as an Arizona independent. I know some people might be a little bit surprised by this, but actually, I think it makes a lot of sense,” Sinema said in a Thursday interview with Tapper in her Senate office. “I’ve never fit neatly into any party box. I’ve never really tried. I don’t want to,” she added. Sinema’s move away from the Democratic Party is unlikely to change the power balance in the next Senate. Democrats will have a narrow 51-49 majority that includes two independents who caucus with them: Sens. Bernie Sanders of Vermont and Angus King of Maine.

How to watch the World Cup quarterfinals today

A pair of exciting matches will begin in the coming hours: Brazil vs. Croatia and Argentina vs. the Netherlands. Here’s how to watch.

What we learned from Harry and Meghan’s Netflix documentary

Well, there were no bombshells in the first installment of the docu-series billed by Netflix as a “global event.” But there were a few interesting takeaways.

A Japanese fashion mogul has invited DJ Steve Aoki and seven other lucky people to join him on a trip around the moon – free of charge.

The beloved singer has postponed several tour dates after being diagnosed with a rare syndrome that affects “something like one in a million people.”

That’s all, folks. After seven years behind the desk, the comedy star bid farewell in his closing monologue, thanking fans for the “wild ride.”

That’s how much funding the Biden administration awarded Thursday to save the pensions of roughly 357,000 union workers. The money will go to a private pension fund that covers workers and retirees from more than 1,000 companies across a range of industries – including truck drivers, warehouse workers, construction workers and food processors. It’s the largest federal award of its kind, according to the White House.

“I will spend the rest of my life fighting for her.”

– Maitlyn Gandy, the mother of 7-year-old Athena Strand, speaking at a press conference Thursday after her daughter was allegedly kidnapped and killed last week by a FedEx driver after he delivered her Christmas present. In a statement, Gandy called for stricter screening policies for delivery drivers “so that monsters wearing delivery uniforms don’t show up on our children’s doorsteps.” 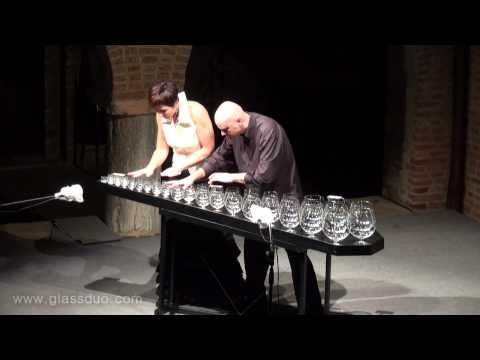 Listen to this duo perform a majestic rendition of “Sugar Plum Fairy” using only the rims of wine glasses. (Click here to view)