(CNN)With localities and states lacking sufficient funds for the 2020 elections, private donors have stepped in to help both Republican and Democratic jurisdictions provide voting with fewer barriers to their citizens. That seemingly public-spirited act, a path paved already by private citizens chipping in to build a park, for example, or "adopt a highway," is being met with legal challenges from a conservative legal nonprofit. 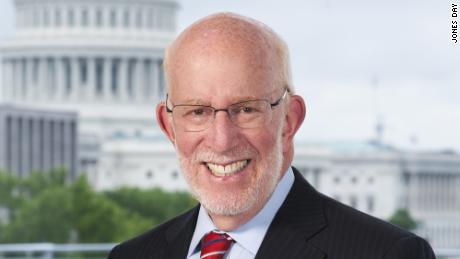 The Amistad Project, an initiative of the Thomas More Society, has filed suits in eight presidential or US Senate battleground states seeking to block local election jurisdictions from spending the money, including seeking temporary restraining orders in some states. (At least two have already been rejected.)
The group's claim that the private donations are targeted to assist voter turnout programs in Democratic strongholds is belied by the list of jurisdictions receiving funds. Governments in areas that voted Republican in the past two elections far outnumber Democratic voting jurisdictions.
The ill-advised lawsuits present an opportunity for Republican Party officials to stand with local and state jurisdictions and show that their oft-stated goal, delivered here by the chair of the Republican National Committee, Ronna McDaniel, of "ensuring every American has the information and resources they need to vote" is not just lip service.
Such a stand would provide a much-needed credibility boost to the Republican National Committee as it engages in more than 40 voting cases around the country for which it is increasingly being criticized for upholding barriers to voting rather facilitating participation in the election.

The private money is needed. The reality is that elections are rarely a priority of the state and local jurisdictions that must pay for them. Roads need to be built and repaired, people must be fed, schools need to be funded. Elections occur every other year in most states, while the need to fill potholes and fund law enforcement and provide playgrounds affects citizens daily.

Insufficient money for elections is not surprising in any year, but especially not in 2020 as the pandemic strains budgets and as voting systems face an unprecedented number of people wanting to vote by mail-- but not volunteer as poll watchers or work as election officials.
Congress appropriated $400 million in emergency elections funds at the beginning of the year under the CARES relief act but did not heed the requests of local and state jurisdictions for more. Both Republican and Democrats have said it's not enough.
The Brennan Center for Justice at New York University noted that beyond the CARES relief, states would need at least $4 billion additional to meet the demands of an election held during a pandemic.
Into this void have, laudably, stepped private donors. In early September, Priscilla Chan and Mark Zuckerberg announced a $300 million investment in election infrastructure. They added $100 million on October 13.
Of that total, $350 million went to the non-profit Center for Tech and Civic Life, which makes grants to local and state jurisdictions for voter access initiatives. Preliminary data released by the center makes clear the widespread need for this private funding -- over 2,100 election administrators in more than 40 states have applied for grants, it said.
The grants awarded have gone for such basic needs as staffing, training, mail/absentee sorting and counting equipment, paid poll workers and personal protective equipment, says the center.
It says it has awarded grants to any election office that administers elections and has met the basic application requirements. A review of the grants awarded as of October 13 show funds going to urban, suburban and rural jurisdictions. A majority of the jurisdictions that have applied are home to 25,000 voters or less.
The center says it has distributed the funds to local election administrators without regard to partisanship. I looked at those first 2,100 grants and reviewed 2016 and 2018 election returns for the jurisdictions listed. The review confirms the organization's take.
Amistad Project's briefs also take some questionable detours from long-standing conservative legal principles, including:

These legal challenges are unlikely to succeed. But they do present an opportunity for Republicans to intervene on behalf of the localities and states to show they are on the side of the voter and do want all eligible voters to be able to vote.

Barcelona's away form for the 2021/22 season will be purple
Champions League matches will start with a minute's silence in memory of Maradona
Napoli on Maradona's death: Everyone is waiting for our words, but what words can Express our pain? Now is the time for tears
How will you remember Maradona? Let's share warm memories, stories from your childhood and how much you admired Diego
Barcelona Twitter: Thank you for everything, Diego
Real Madrid: Maradona-an icon of millions of fans, one of the greatest in the history of football
Ukraine was awarded a 0:3 defeat in the game with Switzerland. Because of this, the team is relegated from the top division of the League of Nations
Source https://edition.cnn.com/2020/10/30/opinions/election-2020-private-funds-vote-ginsberg/index.html?utm_source=feedburner&utm_medium=feed&utm_campaign=Feed%3A+rss%2Fcnn_latest+%28RSS%3A+CNN+-+Most+Recent%29

Parler CEO John Matze debunks rumors platform was hacked: ‘They are just obsessed with us’

NJ Dem called out for 'nasty' bar complaint against Giuliani, other Trump lawyers

Review: Alex Winter captures the art of being Frank in the documentary 'Zappa'

Dark matter, humility, and coming to grips with the unknown

Milder-than-average Thanksgiving week temperatures for much of the US

Dow 30,000: How the market rally defied a pandemic

Barack Obama to be honored next month by PEN America

This South Los Angeles business is weathering the pandemic, one pie at a time

With US in COVID-19 panic, Sen. Perdue saw stock opportunity

Iran diplomat on trial over plot to bomb opponents in France