Aaron Judge’s biggest fan had a front-row seat to her son’s historic night.

As Judge tied Roger Maris’ home run record at 61 on Wednesday night against the Blue Jays, Patty Judge, the mother of the Yankees superstar, hugged Maris’ son, Roger Jr., who was also in the crowd in Toronto. 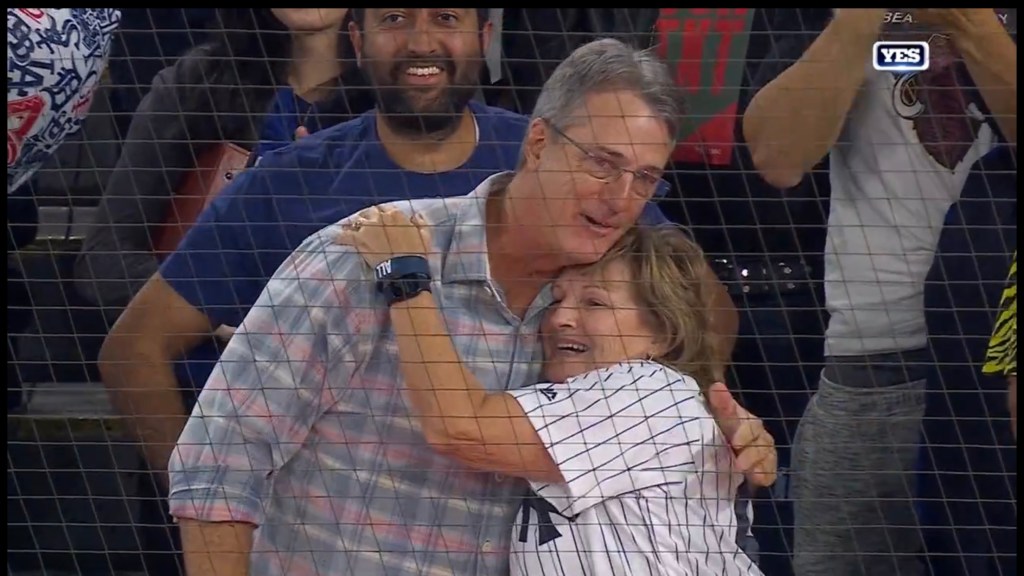 Moments after the historic homer, Judge pointed to his mom in the stands.

Judge’s mom, much like baseball fans everywhere, has been waiting eagerly for her son’s big moment. Patty was in attendance for home run No. 60 earlier this month, when she was joined by Judge’s wife, Samantha Bracksieck.

She has been a focus of YES Network’s coverage of Judge’s chase, particularly in this Toronto series. She was seen shaking her head on Monday night after Toronto intentionally walked Judge in the tenth inning.

Aaron Peña, 5-year-old Florida boy with autism, found dead in pond after wandering away from home