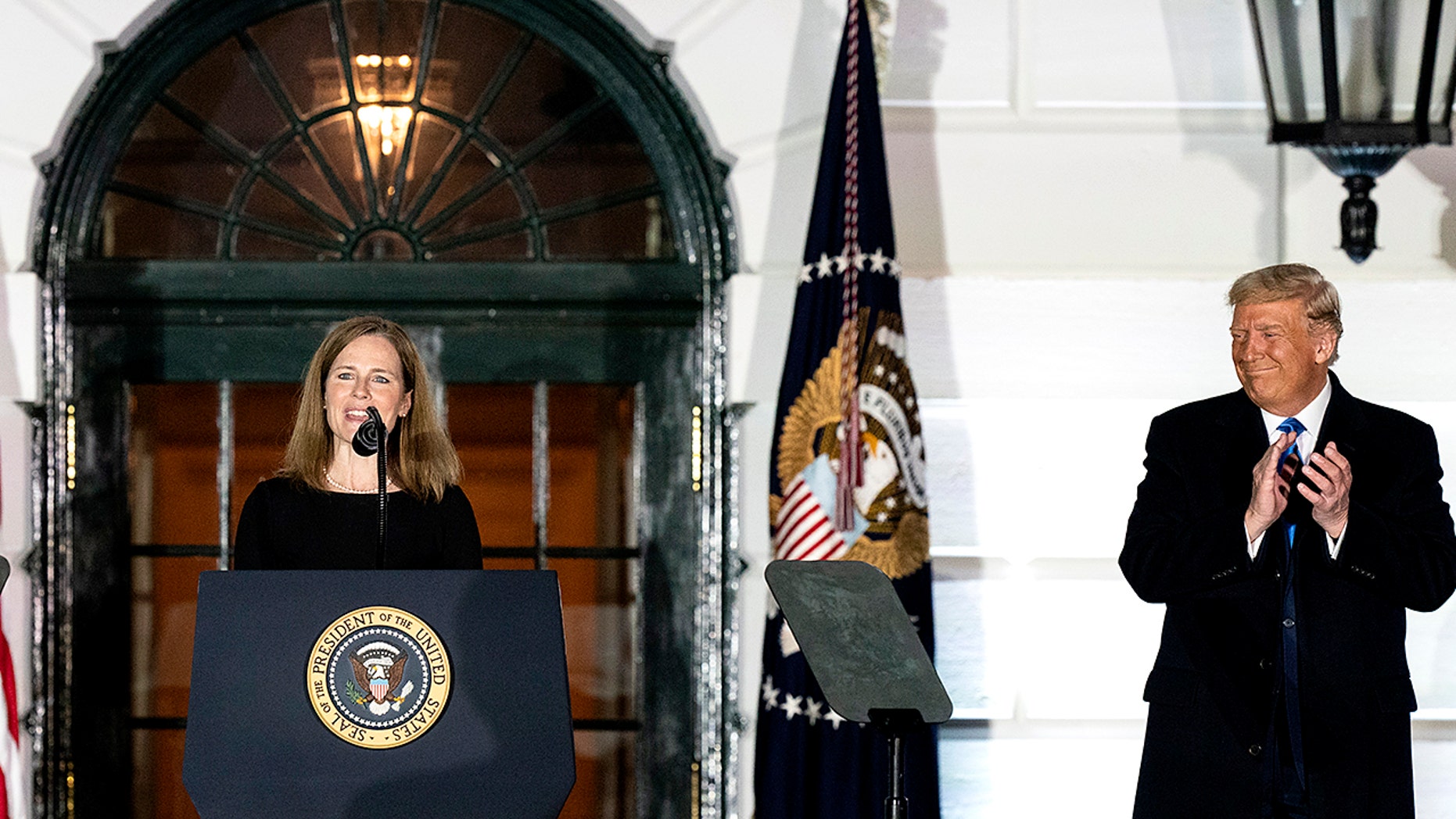 Good morning and welcome to Fox News First. Here's what you need to know as you start your day ...
After contentious Senate vetting, Amy Coney Barrett sworn in as Supreme Court justice at White House
Judge Amy Coney Barrett, fresh off her confirmation to serve as an associate justice on the nation's highest court, took her constitutional oath on Monday at the White House.

The Supreme Court said in a press release Barrett will be able to start her new role after Chief Justice John Roberts administers her judicial oath on Tuesday. Justice Clarence Thomas administered the constitutional oath at Monday's ceremony.

Thomas has long been considered one of the more conservative justices on the court, along with Barrett's mentor, the late Justice Antonin Scalia. Echoing her mentor, Barrett underscored the need for a separation of powers between the judicial and legislative branches.

The Senate confirmed Barrett with a 52-48 vote. All 45 Democrats and two independents who caucus with the Democrats opposed her confirmation.

Barrett's confirmation solidified a conservative majority on the nation's highest court, and gave Trump another victory as he headed into Election Day. CLICK HERE FOR MORE ON OUR TOP STORY.

With barely more than a week to go before the November election, President Trump has been taking Democratic presidential nominee Joe Biden to task for his mixed record on cutting Medicare and Social Security.

At one of two campaign rallies in Florida last Friday, Trump accused his Democratic rival of lying at the previous night’s presidential debate when asked if he wanted to cut Medicare and Social Security.

“For years Joe Biden fought to cut your Social Security. He wanted to cut it. He wanted to knock it out and Medicare, which Joe has now falsely denied. You notice? Oh, I loved it yesterday. The way he denied that,” Trump told the crowd in The Villages. CLICK HERE FOR MORE.

Police in Philadelphia clashed with protesters late Monday night just hours after a Black man armed with a knife was shot and killed by two officers in the western part of the city, reports said. 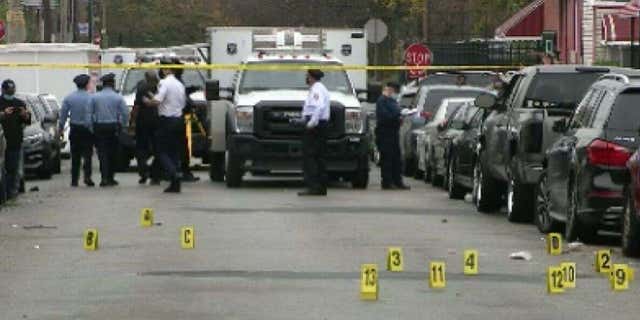 Philadelphia Police Sgt. Eric Gripp said the shooting occurred at about 4 p.m. after officers responded to a call about a man with a weapon, Fox 29 reported. He said the officers were “immediately met with a male who was carrying a knife."

Gripp said the man appeared to disregard orders to drop the knife. A video emerged that purported to show the moments before the shooting. The man's mother could reportedly be seen chasing after her son and asking police not to open fire. The video showed the man, identified in reports as Walter Wallace Jr., walking towards the officers prior to the shooting. The Philadelphia Inquirer reported that police said the officers drove the man to a nearby hospital after the incident.

The police department and city’s district attorney vowed to look into the shooting.

The incident sparked anger in the community. Protesters took to the streets and called the shooting another example of police officers killing a Black man. The Inquirer reported that these protesters marched to a city police station where officers lined up behind metal barricades. The report said that some protesters were seen throwing various objects and several officers were injured after being hit. At least one police vehicle was set on fire. CLICK HERE FOR MORE.

THE LATEST FROM FOX BUSINESS:

#The Flashback: CLICK HERE to find out what happened on "This Day in History.”

Not signed up yet for Fox News First? Click here to find out what you're missing.

Fox News First was compiled by Fox News' Jack Durschlag. Thank you for making us your first choice in the morning! We’ll see you in your inbox first thing Wednesday.

Anton Ferdinand on the racist scandal with Terry: I was sent a bullet in the mail. Insults in social networks came every hour
Manchester City have offered 19 million euros including bonuses for 17-year-old Argentine midfielder Sarmiento
Rehagel is a bandit from whom I will not accept an apology. The story of the worst injury in the history of the Bundesliga
Barcelona's presidential election will be held on January 24
Koke: to beat Bayern, you need to play a nearly perfect match. I hope their unbeaten streak ends tomorrow
Loew can return Muller, Boateng and Hummels to the German national team if there are a lot of injuries
Nacho about the Real Madrid game: That's not how titles are won. Working to get better
Source https://www.foxnews.com/us/amy-coney-barrett-sworn-in-as-supreme-court-associate-justice-at-white-house-ceremony

Georgia Probing Voter-Registration Groups Ahead of Critical US Senate Races

For the love of God, fire Adam Gase already

Holiday Specials 2020: From Mariah Carey to ‘Peanuts,’ these are must-watch viewing

Why School Districts Have Decided to Bring Only Younger Children Back

‘Assume that you were exposed’: Officials warn of the fallout from Thanksgiving travel.

The Beat at the Heart of ‘Lovers Rock’

Another mysterious monolith appears — in Romania

This holiday season, everyone is shopping from home