Why Anderson Cooper’s dog Lily is so friendly

There are an estimated 1 billion dogs in the world, and this week on 60 Minutes correspondent Anderson Cooper is on the canine beat to learn how dogs evolved to become man's best friend.

Cooper interviewed an array of scientists and researchers for his story, including Brian Hare, an evolutionary biologist at Duke University.

The notion has been amplified by the discovery of genetic mutations that help differentiate dogs from their canid relative wolves.

Bridgett vonHoldt, a geneticist at Princeton University, found specific canine mutations on a chromosome that she says make dogs friendlier than wolves to humans.

"When we sequenced a bunch of dogs and a bunch of wolves, we already measured their behavior about how social they were, on how distracted they might be with people," vonHoldt told Cooper. "We used that to then search for mutations in the dog genome that only dogs had and wolves did not have. And we came out with a really nice hot spot of mutations on chromosome number six in the dog genome." 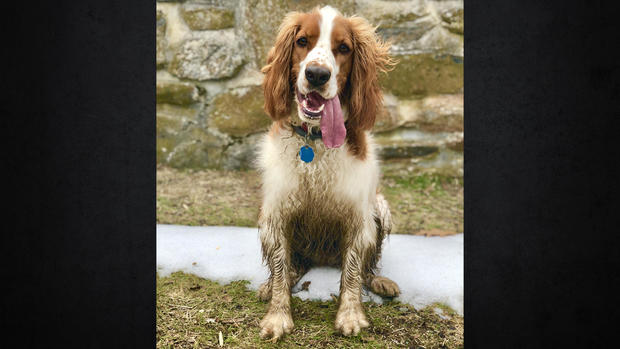 In order to help demonstrate the findings of her research, vonHolt sequenced the DNA of Cooper's Welsh springer spaniel Lily. She found that Lily has a typical set of genetic mutations that predispose her to being hyper and seeking interactions with humans.

"She has the genetic predisposition to wholeheartedly love you more than she probably can handle," vonHoldt said about Lily.

You can watch Cooper learn more about Lily's genetic make-up in the video above.

Transcript: 4 new members of Congress on "Face the Nation"

How Aretha Franklin saved the Grammys

Buttigieg said U.S. had to balance risks in deciding when to shoot down balloon

Mountain lion that viciously attacked 5-year-old in Calif. won’t be removed from wild

Mark Whitaker on the history of the Black power movement

Timeline: Where the Chinese surveillance balloon was spotted before being shot down

Grammy 2023 predictions: Who will win vs. who should win

Score a refurbished iPad mini for only $170