While we await Elon Musk’s promised release of the “Twitter Files,” detailing the 2020 censorship of the New York Post, he has been busy fending off threats to destroy his new $44 billion acquisition unless he drops his commitment to free speech.

He tweeted a video Wednesday afternoon of Apple’s Cupertino, Calif., headquarters, where he was strolling around the HQ pond in conversation with Apple CEO Tim Cook, whom he has accused of threatening to drop Twitter from the App Store.

A few hours later, Musk declared that he and Cook had “resolved the misunderstanding about Twitter potentially being removed from the App Store. Tim was clear that Apple never considered doing so.”

That will be a big disappointment to the Biden administration, which has been relentlessly attacking Musk ever since he started dismantling Twitter’s left-wing censorship regime — euphemistically termed “moderation” — that, among other abuses, suppressed The Post’s accurate Hunter Biden laptop story before the 2020 election.

This was election interference. As Musk confirmed in a tweet Wednesday, Twitter “has interfered in elections” and it probably did so in collusion with the FBI, which had been spying on The Post’s source, Rudy Giuliani, and had access to emails and messages that showed exactly when The Post’s exclusive would be published and what it would contain. 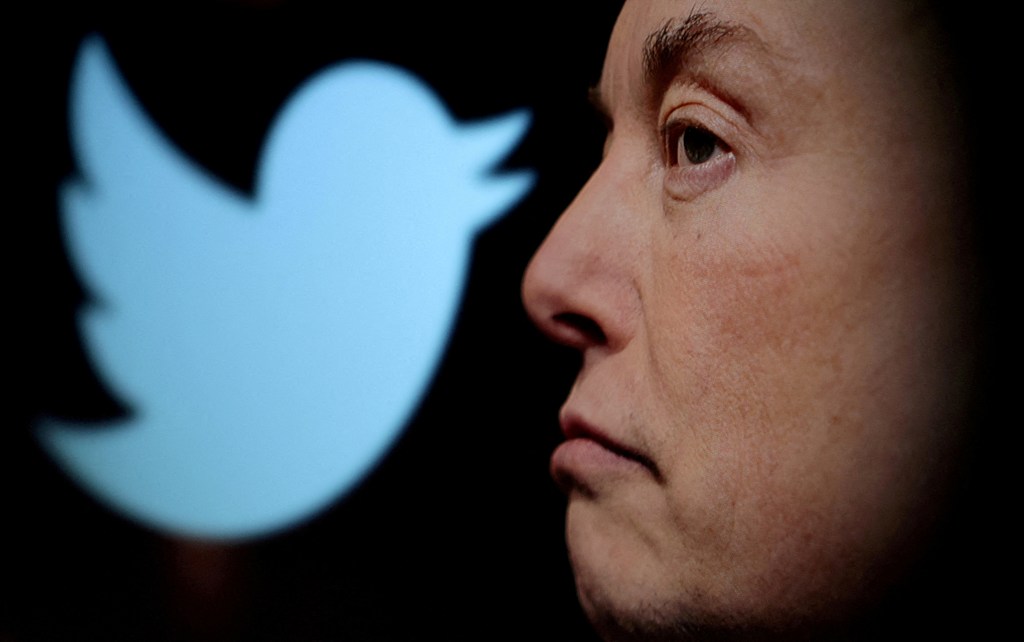 So when the FBI warned Facebook and Twitter about an imminent “dump” of “Russian disinformation” before the 2020 election, was it referring to The Post’s Hunter Biden laptop story?

We will know soon enough, if Musk sticks to his promise to reveal all, which he says is “necessary to restore public trust” in Twitter.

Naturally, the Biden administration is not happy, and ratcheted up its intimidation campaign against Musk Wednesday when US Treasury Secretary Janet Yellen declared that efforts by Apple and Google to remove Twitter from their app stores would be a “kind of control that I think is needed.”

The president launched into Musk the day after the midterms with a mafioso-style warning that his administration would be investigating whether the 51-year-old billionaire is a “national-security threat” over his purchase of the social-media behemoth. The White House keeps saying ominously that it is “keeping a close eye” on Twitter.

Yet Musk remains intransigent, suggesting at one point this week that he was “going to war . . . This is a battle for the future of civilization. If free speech is lost even in America, tyranny is all that lies ahead.”

In a poll of his 120 million Twitter followers, Musk asked whether he “should publish all censorship actions [Twitter] has taken that affect its customers.” The answer was a resounding “yes,” and so he tweeted tantalizingly: “The people have spoken.”

This is an existential blow to the left’s ability to control the narrative. A lot of secrets are set to be revealed that a lot of powerful people want to remain hidden.

Most important is to reveal details of collusion among the FBI, Big Tech and the government.

This collusion has been the focus of Missouri Attorney General Eric Schmitt’s numerous lawsuits against the Biden administration, alleging that White House officials and federal agencies acted with Big Tech to censor “disfavored speakers, viewpoints and content on social-media platforms.”

Last week, we saw some of the fruits of Schmitt’s labors, when he hauled Biden chief medical adviser Dr. Anthony Fauci into a deposition in Washington, DC.

While the transcript of the deposition is a day or two from being published, various participants have described Fauci’s demeanor as cocky, deceitful and quick-witted, despite his 81 years.

There was no humility or admission of fallibility, no reflection that the lockdowns may have done more harm than good, especially to children’s schooling, or that vaccine mandates were pointlessly divisive.

Fauci exhibited stress when he was asked why he dismissed the “Wuhan lab leak” theory of the origins of COVID in favor of the less plausible “natural” hypothesis, and denied knowing about the proxy funding of dangerous gain-of-function research on viruses by the National Institutes of Health, where he is director of infectious diseases.

He also was prickly when asked why he dismissed the advice of eminent medicos from the most prestigious universities in the US and the UK, who penned the Great Barrington Declaration in October 2020, urging a less extreme, more scientifically orthodox way of dealing with the virus, by focusing on protecting the old and infirm while letting young and healthy people live normally. 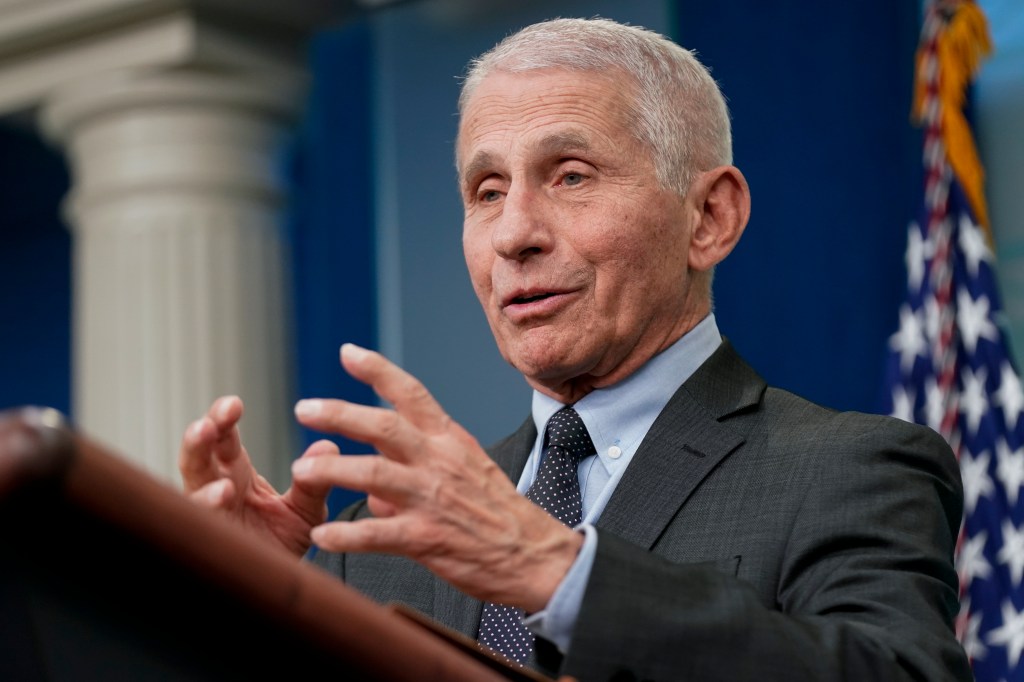 Instead, Fauci insisted on following the “China lockdown” model, not that he allowed himself to say “lockdown” during his deposition, since news reports out of China have rather tarnished the word, with protests erupting after COVID-infected citizens were burned alive in their apartments after being welded in.

No, Fauci preferred the vague term “social distancing,” says Jenin Younes, litigation lawyer with the New Civil Liberties Alliance, who was representing plaintiffs at the deposition, including two authors of the Great Barrington Declaration, Dr. Jay Bhattacharya, a Stanford University professor of medicine and a health economist, and Dr. Martin Kulldorff, a Harvard University professor of medicine and infectious-disease epidemiologist.

Their claim is that the Biden administration and Big Tech colluded to suppress, censor and smear them and to silence legitimate scientific views that opposed Fauci’s.

Fauci denied being part of a propaganda campaign with his boss at the time, Francis Collins, to discredit the Great Barrington authors, despite emails between the pair planning a “swift and devastating takedown” of what Collins called “fringe epidemiologists.”

Fauci was similarly forgetful about any role he played in social-media censorship of dissenting views.

But Schmitt is confident the facts will emerge.

“What’s become clear in this lawsuit and in Dr. Fauci’s deposition,” he said Wednesday, “is that when Fauci speaks, Big Tech ­censors.”

Musk should hurry up and release all the files on Twitter’s massive censorship operation ­before it’s too late. 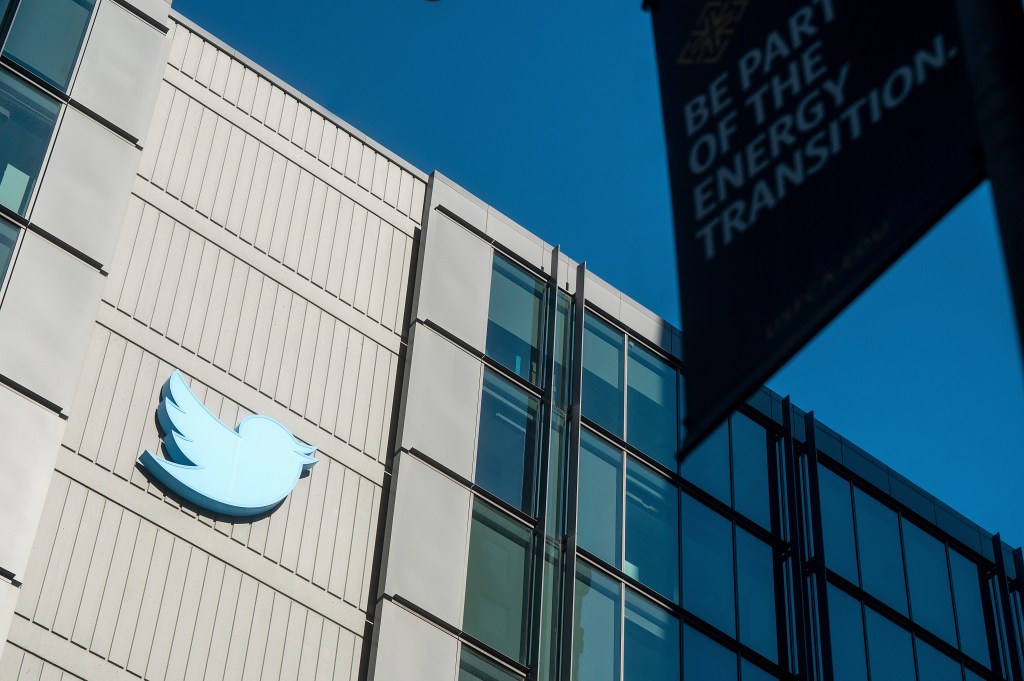 Hero FBI special agent Steve Friend, suspended without pay after he complained about improper case management practices, abuse of authority and threats to public safety, has combined with other whistleblower agents who call themselves “The Suspendables” to formulate questions for FBI Director Chris Wray when he hosts an all-hands meeting of employees next month.

So far, they have 42 questions, among them:

Friend also has some advice for Deputy Director Paul Abbate, who recently told a meeting of former agents that the FBI “strongly supports” whistleblowers and respects their protected disclosures.

“The FBI should demonstrate its ‘support’ . . . by immediately reinstating me to full-paid work status and restoring my annual leave,” says Friend.