Word is, the Astros and Justin Verlander are “far apart” in talks. Verlander seeks $130 million for three years (the Max Scherzer deal), and the Astros, with their deep rotation, seem pessimistic on Verlander, which may open things up for the Dodgers, Mets and Yankees.

“Quietly, they prefer not to sign him for three years. Verlander was great in-season but they carried him in the postseason,” one person familiar with the Astros’ thinking said. “No one [in Houston] wants to go three [years],” another source adds.

While Jacob deGrom still appears to be the Mets’ top choice, and they’d likely go three years for him at close to $40 million per, word is the Mets are “tempted” by a Verlander-Scherzer reunion. They aim to sign one among deGrom, Verlander and Carlos Rodon, plus one or two more starters.

The Yankees, who tried for Verlander last year under the belief he and model/actress wife Kate Upton might like it before he chose to return to Houston, are in again. And so is LA, where the Verlanders have a home.

Willson Contreras’ most likely landing spots: Astros or Cardinals. The Marlins checked in but he’s pricey.

Christian Vazquez may be Plan B for the Cardinals, and he, too, has a nice market. 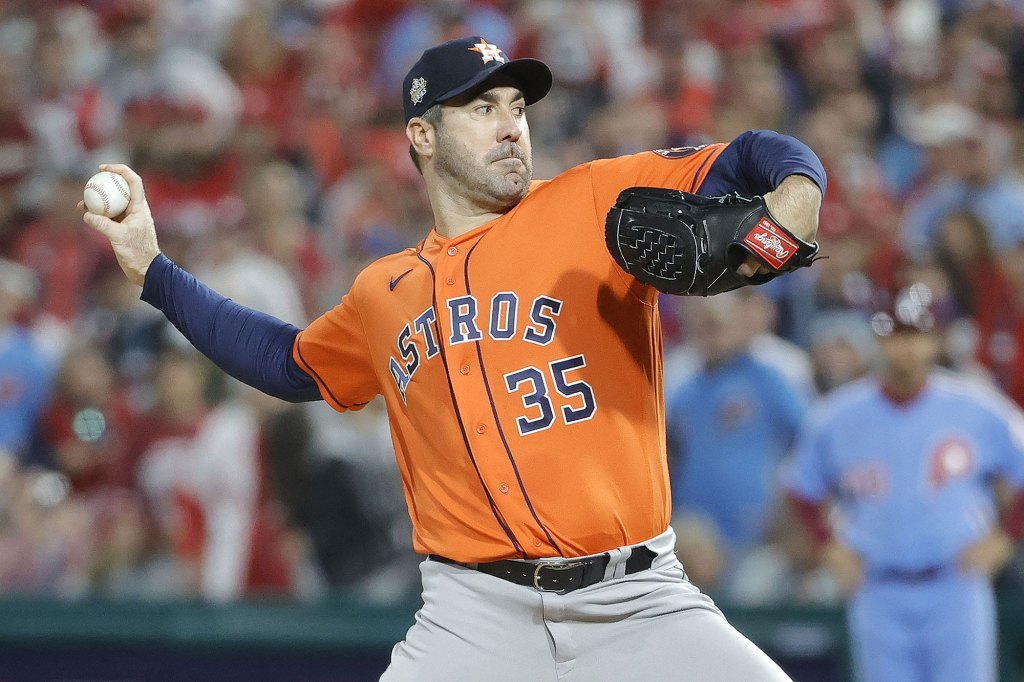 Few have seen their value rise like Jose Quintana, and the Cards have competition.

The Astros also seek a corner outfielder, and if Michael Brantley proves healthy, he’s the “perfect fit and value.”

Although Clayton Kershaw’s deal — expected to be for about $20 million — oddly isn’t yet official, word is he will be a Dodger. Still would like to understand why deGrom — about the same age and not quite Kershaw — deserves double.

The Orioles are checking on top shortstops, but with the need less than overwhelming, and bigger market teams involved, it’s more likely they sign starting pitchers.

The center-field market is thin, and Pirates star Bryan Reynolds’ value has only risen. While it remains unlikely he will be dealt, the Pirates would listen. They are said “open-minded,” but the timing is off, as they’d like to take a step forward now.

The Mets’ Plan B in center field for now is moving Starling Marte there.