At least 129 people died on Saturday night after a soccer match in Indonesia, where police fired tear gas into crowds of rioting fans, causing a stampede, officials said.

President Joko Widodo said in a statement that 129 people died, but that official number seemed likely to change. Local media reports said at least 150 people had died, with another 180 injured. The Associated Press later reported as many as 174 people were killed.

“I regret this tragedy and I hope this is the last tragedy of football in the country,” Widodo said in a statement. 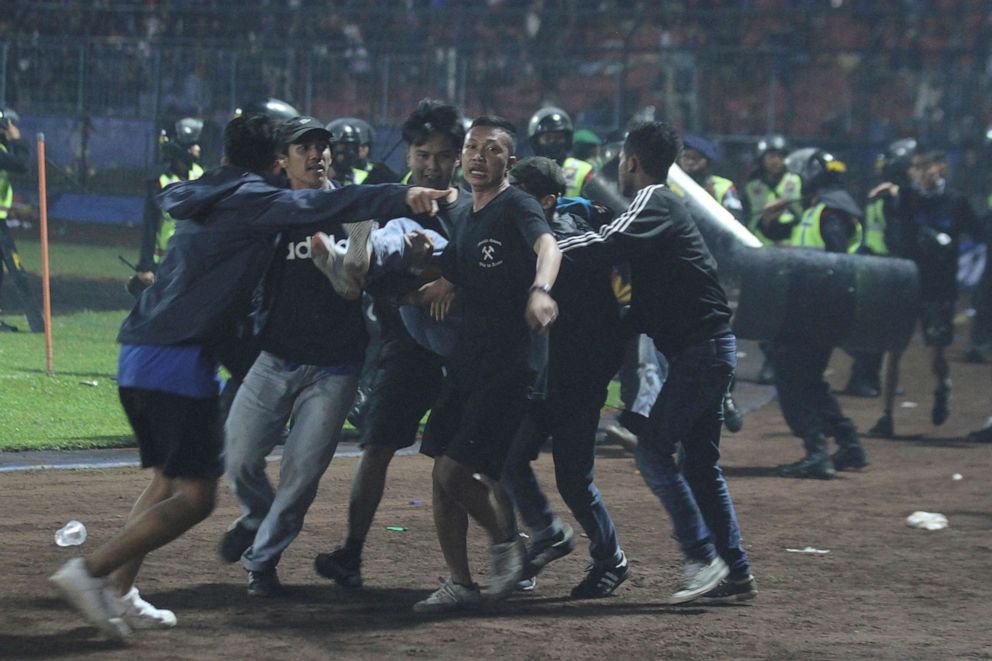 Supporters evacuate a man hit by tear gas fired by police during the riot after the league BRI Liga 1 football match between Arema and Persebaya in Indonesia, on Oct. 2, 2022, in this photo taken by Antara Foto.

The 42,000-seat stadium hosts games from the Liga 1 league of the professional Football Association of Indonesia, known locally as PSSI.

“We are mourning and apologize to the families of the victims and all parties over the incident,” PSSI Chief Mochamad Iriawan said in a statement. “For that, PSSI immediately formed an investigation team and immediately left for Malang.” 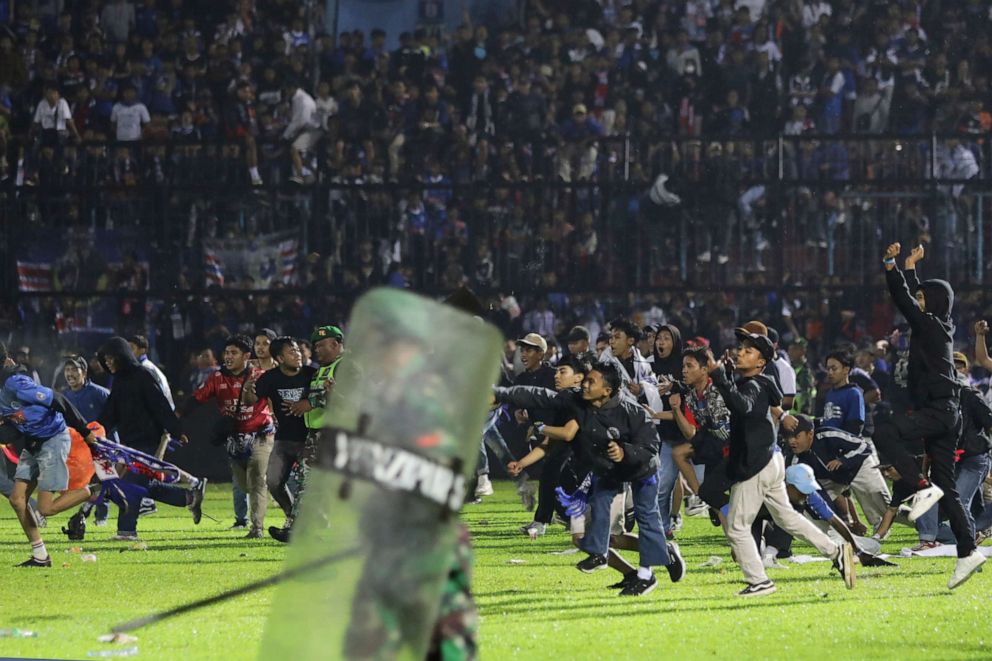 Soccer fans enter the pitch during a clash between supporters at Kanjuruhan Stadium in Malang, East Java, Indonesia, on Oct. 1, 2022.

Widodo ordered the league suspended. He called for an investigation into the deaths, along with “a thorough evaluation of the implementation of football matches and also the security procedures for their implementation.”

Videos and photos from the stadium showed fans rioting in the stands and rushing the pitch. Other images showed police officers in riot gear on the field, with smoke from what appeared to be tear gas fired into the crowds in the stands. 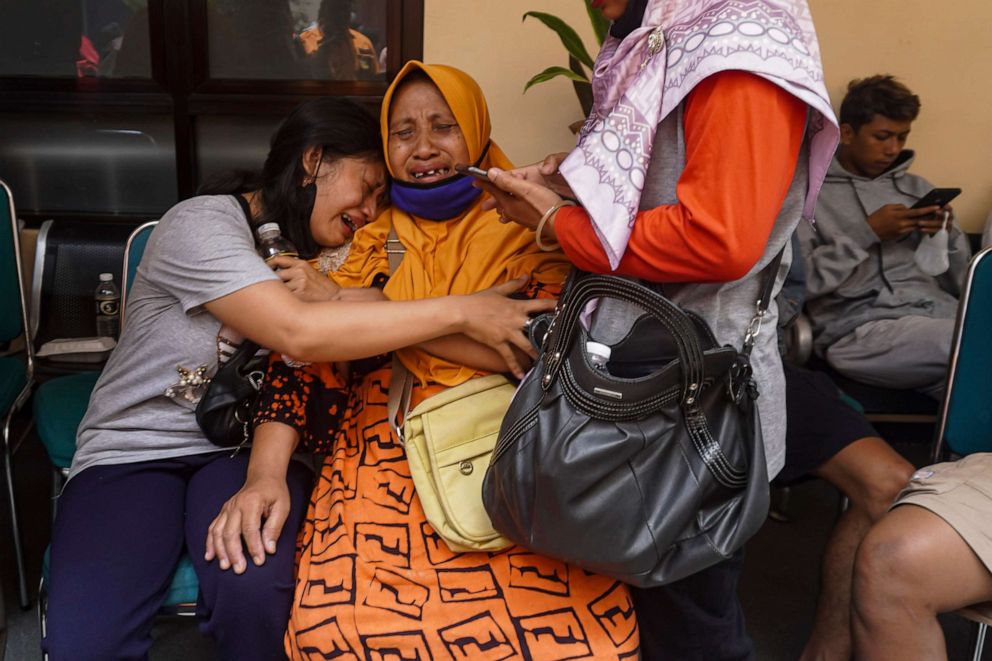 Women weep after receiving confirmation that their family member is among those killed in a soccer riots, at a hospital in Malang, East Java, Indonesia, Sunday, Oct. 2, 2022.

At least two police officers were among the victims, officials said. 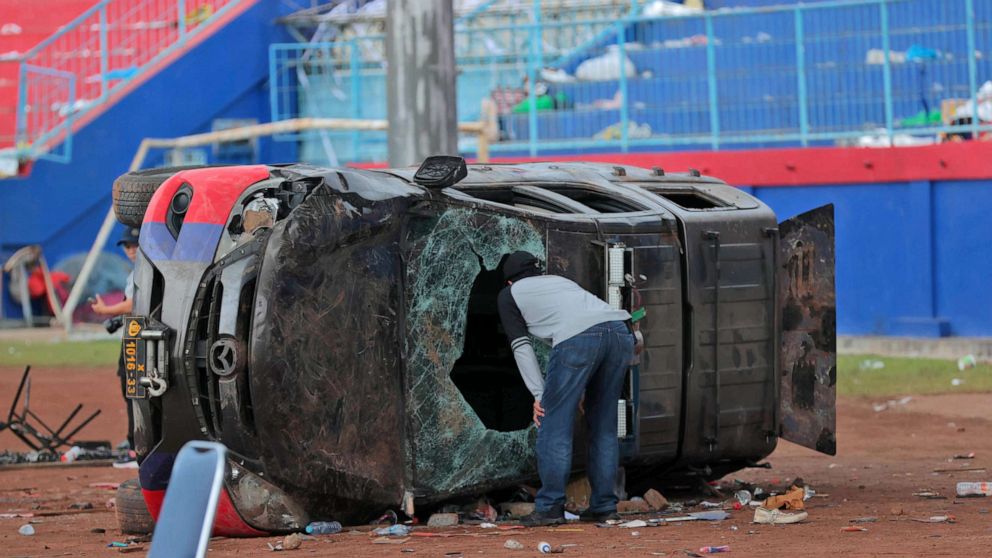 FIFA, soccer’s governing body, includes among its regulations for pitchside stewards: “No firearms or 'crowd control gas' shall be carried or used.”