At least five people, including a teenager, were injured after a large fireworks warehouse in Florida exploded Thursday night — the second such blast in the Sunshine State this week.

according to the Orange County Fire and Rescue.

Battalion Chief Garrett Wienckowski told WKMG-TV that responders learned on the way to the blaze that fireworks were exploding inside the building, and that people were still trapped inside.

Crews made “multiple,” rescues and four people were transported to local hospitals, according to OCFR. Their conditions are unclear.

It remains unclear what sparked the blaze. 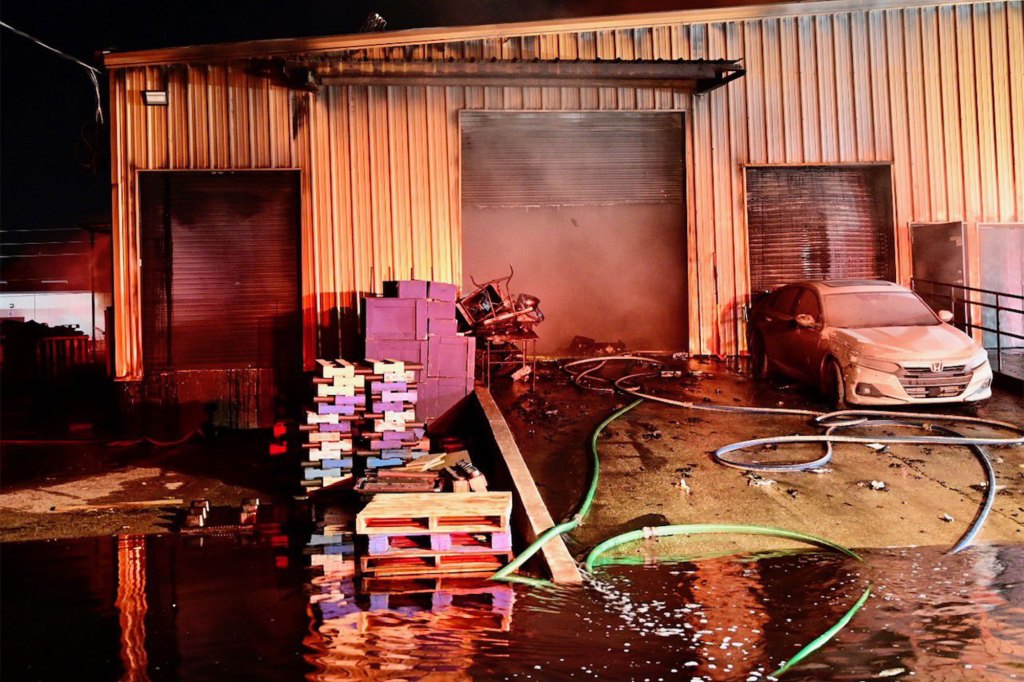 “I do not know the cause of the fire, but it did extend into the fireworks, which (caused) a chain reaction, very similar to the one in Melbourne,” Wienckowski told reporters, referencing a deadly car crash that set off a fireworks store in Brevard County on Monday.

Crews pulled people from the fire, including multiple employees, as fireworks exploded all around them, the Battalion Chief said. It’s not clear how many people were in the building at the time.

“Just loud explosions. Could’ve been mortars, bottle rockets, there were very loud explosions,” Wienckowski said. “You could see the explosions from outside of the building. Crews on the interior were making rescues while all this was going on.” 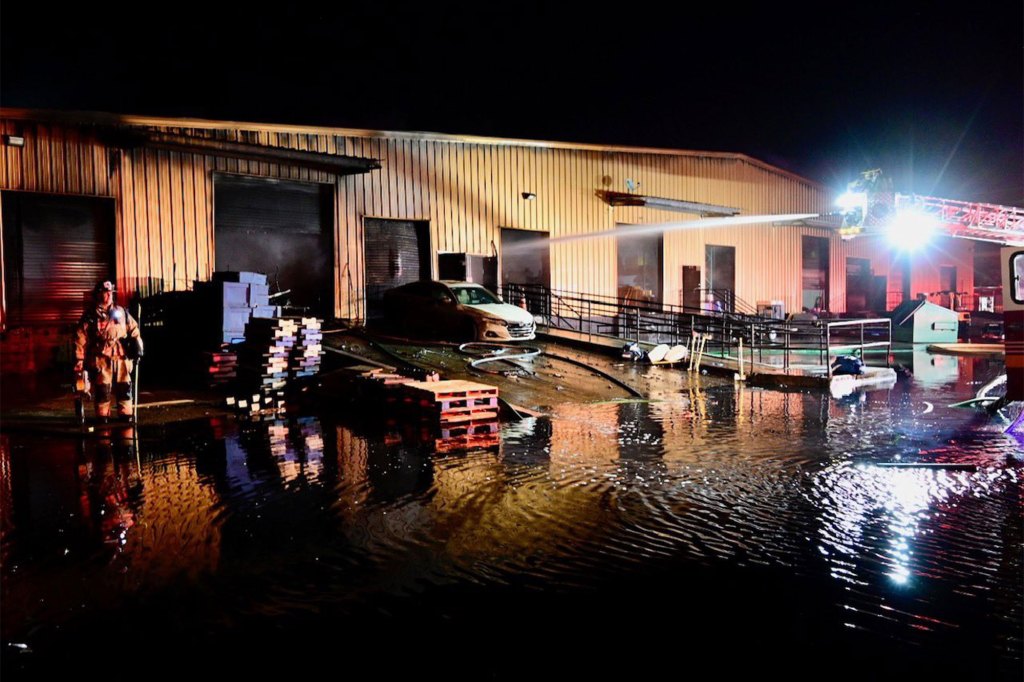 One woman’s dashcam caught massive plumes of smoke billowing out of the warehouse and fireworks shooting into the sky as she drove by.

Over 80 firefighters responded to the scene, officials said, and none were injured.

Wienckowski said a neighboring furniture warehouse was not involved in the fire.