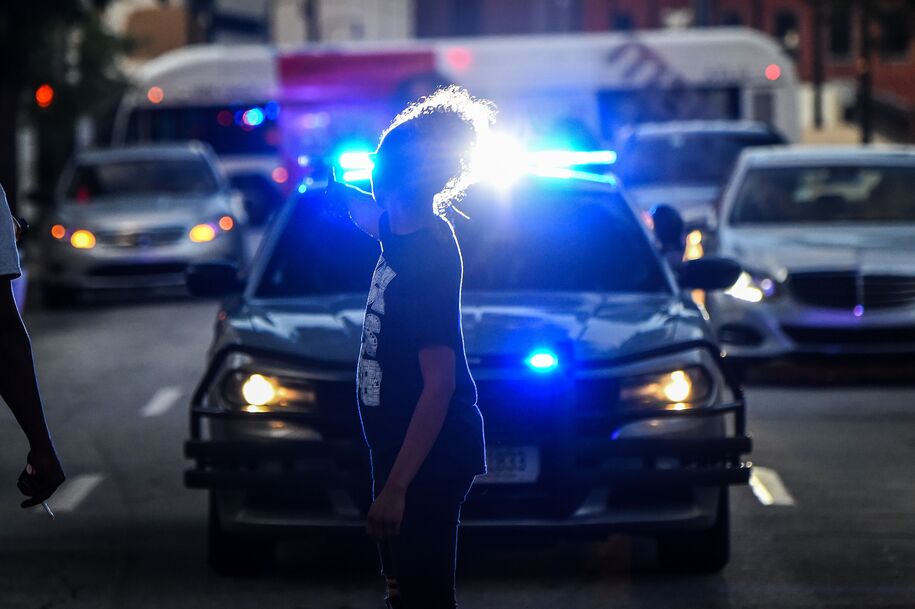 An unknown number of Atlanta police called in sick Wednesday evening in apparent protest of the felony murder charges against the officer who shot Rayshard Brooks in the back, then kicked him as he lay on the ground “fighting for his life.” One of their own potentially facing justice, and not the murder, are what many Atlanta police object to, apparently.

The Atlanta Police Department isn’t saying how many officers called out sick, and is trying to downplay the absences, tweeting “Earlier suggestions that multiple officers from each zone had walked off the job were inaccurate. The department is experiencing a higher than usual number of call outs with the incoming shift. We have enough resources to maintain operations &amp; remain able to respond to incidents.”

A police union spokesman told NBC News that the absences were a protest, but “This is not an organized thing, it's not a blue flu, it's not a strike, it's nothing like that. What it actually is is officers protesting that they've had enough and they don't want to deal with it any longer.”

Except the basic definition of “blue flu” is when a large number of police officers call out sick to make a point, so maybe that’s what this was after all, at least a small one.

Atlanta officials were at pains to tell the world that the lack of police would not pose a danger. “We do have enough officers to cover us through the night,” Mayor Keisha Lance Bottoms told CNN. “Our streets won’t be any less safe because of the number of officers who called out.”

It’s entirely possible, though, that the streets would be more safe with less officers. After all, the whole issue here is that police shot an unarmed man in the back. And there’s precedent.

In late 2014 and early 2015, New York City police held a "slowdown" in which they didn’t go out seeking minor crimes (or, alternatively, they didn’t go out looking to harass Black and brown people as much). The slowdown was a response to protests over the killing of Eric Garner and the failure to charge his killer, then-officer Daniel Pantaleo, with police feeling butt-hurt by the public response and by Mayor Bill de Blasio not adequately supporting them in their violence (a lesson de Blasio has learned from). But whatever point the police were trying to make, they may have made the opposite one: major crime reports actually dropped slightly.

Either way, the Atlanta blue flu shows yet again how much police put their own interests—where their interests are defined as being allowed to kill unarmed people without ever facing consequences—above all. It’s not even the only recent example of police going to the mat for their right to brutality. In Buffalo, 57 officers quit a special team after two were suspended for knocking a 75-year-old protester down, leaving him with a fractured skull and unable to walk.

Goalie of the banner of Labor, who was hit by lightning: everything is good at the moment. Back soon
Ole Gunnar Solskjaer: I Think it was a penalty against Aston Villa
Philadelphia played in t-shirts with the names of black people who died at the hands of the police
Kompany tries everything at Anderlecht: he coached without a license (terrible), played 15 matches and invested 3 million euros in the club
Aston Villa coach on Manchester United penalty: A shameful decision
Paul Pogba: Winning the Europa League and the FA Cup are two of Manchester United's goals for this season
Manchester United's first ever Premier League win 4 consecutive games with a difference at least 3 goals
Source https://www.dailykos.com/stories/2020/6/18/1954055/-Atlanta-police-get-the-blue-flu-after-murder-charges-for-killer-cop

UN official: 700 people died in Syrian camps for IS families

Lou Holtz decries push to scrap college football, other sports: 'What has happened to our way of life?'

What we know about coronavirus risks to school age children

Authorities search for 'Glee' star believed to have drowned

Uber lets some California drivers set their own prices

U.S.S. Theodore Roosevelt, Which Was Plagued by Coronavirus, Returns Home to San Diego

Trump calls Hannity, claims Covid testing is 'the greatest thing that ever happened for the opposite party'

Police car overturns, Vikas Dubey gets killed as he attempts to flee; how events unfolded

Brandis Kemp, actress from ‘Fridays’ and ‘AfterMASH,’ dead at 76: reports

From the front lines, Black nurses battle twin pandemics of racism and coronavirus

The Outpost Is a War Movie Libs Like, For their Own Reasons

Corporations Hyping BLM Fail Us in Every Other Way

How Buildings Shape Us Under Trial or Tribulation

4 mystery objects spotted in deep space, unlike anything ever seen

Goya CEO's praise for Trump followed by calls for boycott

How Red Bulls are adjusting to life in the bubble

U.S. Army Chief Welcomed to Thailand – With a Coronavirus Test

Trump poised to run out political clock on emoluments suits

The Latest: California CCAA moving all sports to the spring

Brandis Kemp Dies: Actress For ABC’s ‘Fridays’ And ‘AfterMASH’ Was 76

Alex Rodriguez and Jennifer Lopez have funding to buy Mets

World Health Organization acknowledges that coronavirus can linger in the air

Trump on Kanye West's presidential run: 'He is always going to be for us'

Hong Kong was a 'safe harbor' for tech companies shut out of China. Not anymore

Trump: 'I expect' to wear a mask during upcoming Walter Reed hospital visit

Trump claims far left 'brainwashed' Biden in 'Hannity' exclusive: 'He doesn't know what he is doing'

Teenager charged in July 4 death of 11-year-old in Washington, DC

Mark Levin slams Biden as an 'empty suit' and 'bigot', says Democratic Party 'as evil as it's ever been'

Behind Nets’ decision for signing Jamal Crawford and Michael Beasley