Bryan Harsin is dealing with yet another rumor of his demise.

“From what I’ve been hearing from my sources over there, Harsin’s already been told he’s done after this year,” McCarron said.

SND: AJ McCarron has sources who say Auburn coach Bryan Harsin was informed he is out at the end of the year (at the latest). More on that and what Auburn can do to fix itself below. AJ was *awesome*.
Full episode coming tomorrow night. Follow on Spotify: https://t.co/GmEbxvQ030 pic.twitter.com/lat5swac3X

McCarron was asked if the decision to move on from Harsin came after the 41-12 shellacking handed to Auburn by Penn State, and answered that that loss “brought a lot of disappointment … It’s not the fact that they lost, because Penn State’s ranked in the top 25, but it was the way they lost.”

“The big money people at Auburn look at Auburn in a whole different level than reality,” McCarron continued. “Especially right now. From a reality standpoint, they’re down here. They’re a middle-to-lower tier SEC school. That’s just the way it is. They still have a Cam Newton-Bo Jackson nostalgia mindset behind it and that’s not the case.”

While it does seem all but certain that it’s a matter of when and not if Harsin will be out, it does not appear that McCarron’s assertion that the coach has been told this news is accurate. 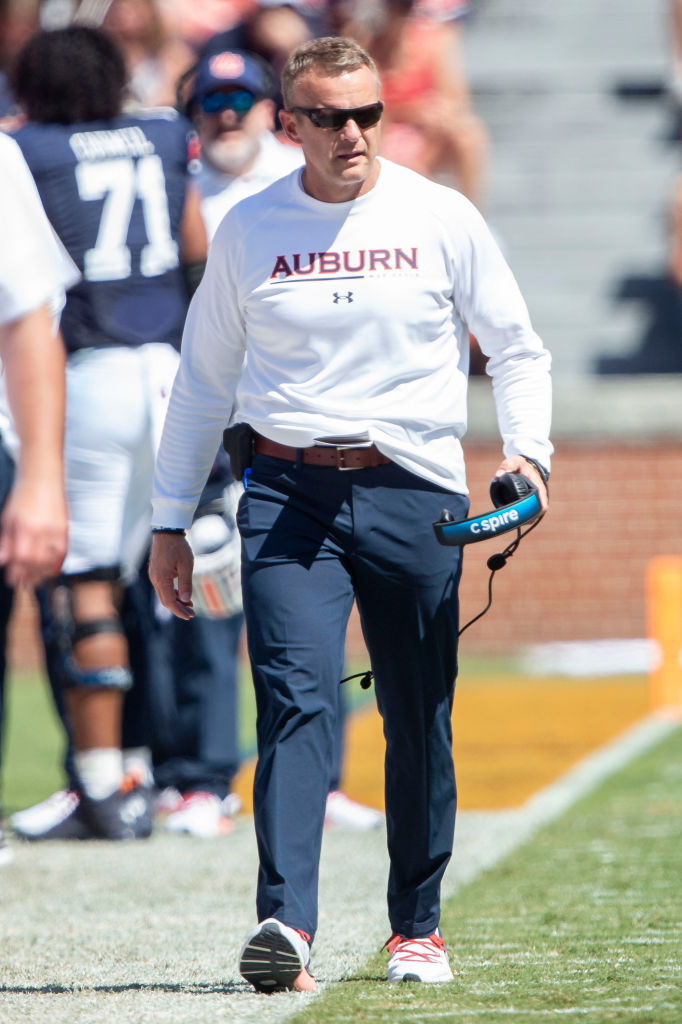 Nubyjas Wilborn at Al.com reports that Harsin has not been informed he’s out.

Harsin entered this season on the hot seat — there were even rumors this past February that his job was in jeopardy.

The interesting story becomes not the fate of what Harsin officially loses his job — but who Auburn will go after next.