The 27-inch iMac received a nice update this week, but at first glance, you may not notice. Apple opted to keep the ever-so-sleek aluminum design, but boosted the hardware.

We’ve been testing the higher-end $2,299 standard configuration, so first allow us to go over its features:

The most notable of those is Apple’s decision to — finally — upgrade the webcam from 720p to 1080p, while also delivering a new array of microphones and improving speakers without updating hardware. All-in-all, it’s a well-rounded update.

It’s still the complete all-in-one package from Apple, and even the $1,799.99 base model doesn’t mess around with a 3.1GHz 6-Core Intel Core i5, 8GBs of RAM and a dedicated Radeon GPU. It’s all about what you need to get your work done or have fun.

So let’s start with the display. It’s evident from unboxing, that well, it’s massive. It’s a gorgeous 27-inch display with a 5120x2880 resolution. It’s so immersive, with a wide range of colors. It doesn’t shy away from vibrancy, but also packs a punch with deep blacks. Watching a snippet of “Captain Marvel,” you can see the range of details it can depict when she is glowing in space. You have light bursting from all sides, while not overexposing or blurring the details of her super suit. Additionally, the brightness centered around Captain Marvel doesn’t distract or cause the background to be blurred or less detail-filled.

And for when you have to switch gears to productivity mode, we especially like True Tone. The iMac uses ambient sensors to get a feel for the lighting in the room and will adjust the color temperature of the display to match it. This way, as you’re typing on a white background of a word document, it doesn’t come off too bright. Instead, it’s a cooler white to reflect the temperature of the room.

It’s still the classic unibody aluminum iMac design, so expect bezels around the top and bottom. We don’t mind them, but we’re eagerly anticipating a full design refresh at some point. Just imagine an iMac with super-thin bezels that can make the screen size even bigger. 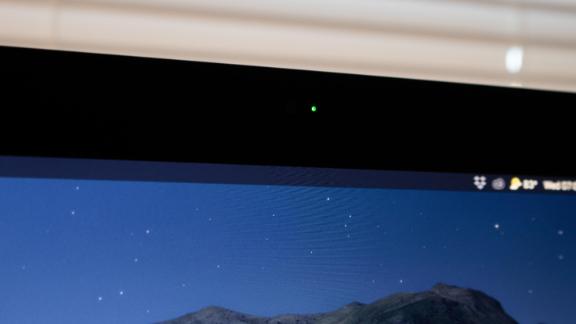 Above the display, you’ll notice the first big improvement, which is the 1080p FaceTime camera. It was much needed, and safe to say, we’re happy with the performance. It delivers a more detail-filled stream, which is important since we’re streaming meetings now more than ever. Lighting and the tones on our face appeared more accurate and less exposed.

Apple has also worked magic by combining the new FaceTime Camera with the T2 Security Chip (it’s a multi-function unit). In real-time, the T2 chip handles tone mapping, face detection and exposure control. It also works with a video calling solution. We tried it with FaceTime, Webex, Skype, and Microsoft Teams, and it delivered a noticeable clearer picture over the 16-inch MacBook Pro and 13-inch MacBook Pro.

To go along with the upgraded lens, Apple added a three-microphone array. You still have two built into the bottom chin, but there’s one on the back near the top. You can see a tiny perforated circle that houses the microphone, and this is mostly for detecting environmental noise, and subsequently blocking it out.

The result? Well, we turned the AC on high and even played some backing tracks while on a few VoIP calls using FaceTime. The result was the person on the end had a clear line of audio that mostly contained our voice. Much of the hum of the air-conditioned and even the backing ambiance track was removed or lowered to a level at which it didn’t prove distracting.

Going along that theme, we had the chance to speak with Carly and Martina, a Chicago-based music duo that has used the Covid-19 quarantine to create a debut album. It seems like the upgraded iMac isn’t just for work or play, but also still has roots in creativity. They’ve been able to lay down a rough track, complete a few more takes, produce it and mix in on the Mac. And with the base $1,799 model featuring a 6-Core CPU, it has enough power it makes those processes worry-free. We actually had the chance to play around with a track in Logic with the different effects and beats library that show a result in real time. The fan didn’t start even with Logic Pro X and a few other apps open at the same time. 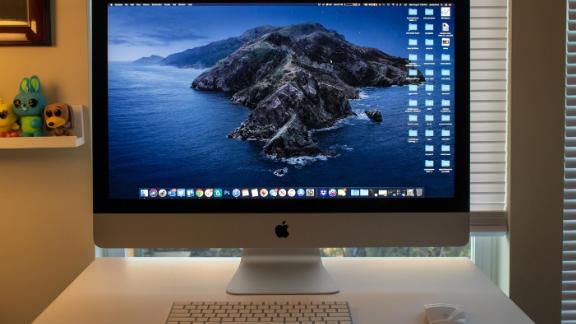 We spoke with Devin Green, a recent winner of the WWDC 2020 Swift Student Challenge, about his app Stanny. It’s an AI robot that responds to text input of over 60 questions. He walked us through his app in XCode and we customized the app with a specific question and answer along the lines of: Q: “How’s it going?” and A: “I’m doing very well Jacob, how are you?.” The iMac didn’t buckle and lets you focus on your workflow.

We also threw a pretty normal workday at the iMac. That includes a custom CMS, way-too-many Google Chrome windows with about a dozen tabs each, Outlook, Slack, Trello, Photoshop and a few other apps. We wrote this piece on the iMac, using the included Magic Keyboard and Magic Mouse 2. And even with multiple apps open, we weren’t able to push this 8-Core CPU to its max.

But we’re walking away after 24 hours with a feel for the swiftness and smoothness of this iMac. It also reminds us, as many of us are still at home, of that ideal family computer. With a 27-inch screen, this can be the centerpiece of the room, be a full work machine, have time for jam sessions and still create a movie night. It’s an all-in-one that continues to keep a super-slim design, while also not sacrificing quality or performance. 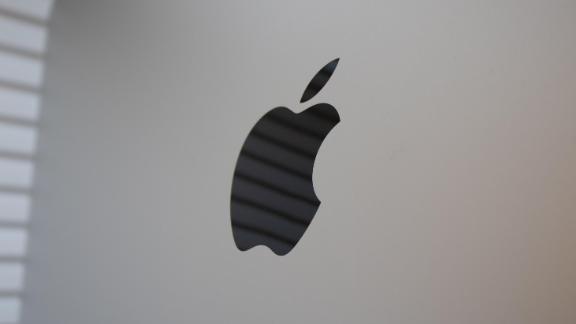 And while this is powered by an Intel processor with Apple Silicon on the horizon, we have no qualms about performance. Through the demos with developers and creators, we saw Pro apps function at incredibly fast speeds, and our daily use for both personal and productivity, ran without a flaw.

Apple’s updated 27-inch iMac is shipping now and is available in three standard configurations. You can also upgrade to a 10-core processor, 8TBs of storage and even 128GBs of RAM if you choose. We’ll be back soon with a full review of the 27-inch iMac after we’ve had more time to put it through its paces.

Note: The prices above reflect the retailer’s listed price at the time of publication.

Hudson-Audrey wants to move to Bayern. The club has been trying to sign him since January 2019
Neuer on winning the German super Cup: scoring 3 goals is always impossible. Fortunately, Kimmich scored
Vasin's agent that the ex-coach of Khimki Gunko refused the player: I don't know anything about it. Maybe he was offered a taxi driver
Shomurodov will sign a 4-year contract with Genoa. Medical check - up-on Friday
Vinicius was offside, but the ball was last touched by a Valladolid defender. Ex-referee Andujar Oliver on Real Madrid's goal
Muller is the most decorated German in history. Won the 27th trophy and overtook Schweinsteiger
Pep Guardiola: city are still far from their best form. We have dropped 10 players
Source https://us.cnn.com/2020/08/06/cnn-underscored/apple-27-inch-imac-review-2020/index.html

31 ways to celebrate Halloween this year

When cancer isn't the only deadly risk: Battling depression post-treatment

Migrant caravan sets off from Honduras with eyes on U.S. border

Why Trump blew up the debate, triggering a media backlash

I've been wrong for two decades. Candidates for president and governor must release their taxes

At the Edge of Time, a Litter of Galactic Puppies

For Voters Still Mulling, One Thing Is Clear: That Debate Didn’t Help

Here's Every Book to Add to Your October Reading List

Ravi Kishan gets Y+ security by Yogi govt; enraged netizens ask, 'Why no security for girls'

12 workers, 2 dogs rescued from fire at chemical plant in Pune; doused after 4 hrs

Push to bring coronavirus vaccines to the poor faces trouble

Trump Signs Continuing Resolution To Fund The Government Through Dec. 11

Chrissy Teigen loses baby after pregnancy complications, calling it the 'darkest of days'

Column: Time for NFL players, coaches to mask up or go home

Florida man arrested after allegedly hitting deputy in face with a Bible: report

Things could get ugly in Yankees-Rays ALDS clash

Yankees able to bail out the bullpen — this time: Sherman

The Latest: Millions of Chinese travel locally for holidays

French Open bubble not a real bubble, but Paris off-limits

Yankees rally in 9th to stun Indians, advance to ALDS

Trump plans to slash refugee admissions to US to record low

Game 1 Was a Disaster for the Miami Heat. It Could’ve Been Even Worse.

Trump takes his antidemocratic campaign to the people

Analysis: Trump takes his antidemocratic campaign to the people

Trump's Proud Boys comments show how his instinct is to fight back harder, an approach that worked in 2016. It is unclear if that is a good fit for 2020.

Madhavan ahead of Nishabdham OTT release: They don't have any geographical or physical boundaries attached to them

America is on The Road to Revolution