President Joe Biden received poor marks on items many Americans deem to be pivotal issues ahead of the midterm elections, including inflation, according to a new poll.

Only three in 10 Americans approve of the job Biden has done to fix inflation, the country’s top concern, according to the Monmouth University poll of 806 Americans, released Monday.

Biden also earned low scores on the top concerns of Democrats polled. Just 30% of those polled approved of his work towards gun control and 31% approved of how he has handled abortion issues. 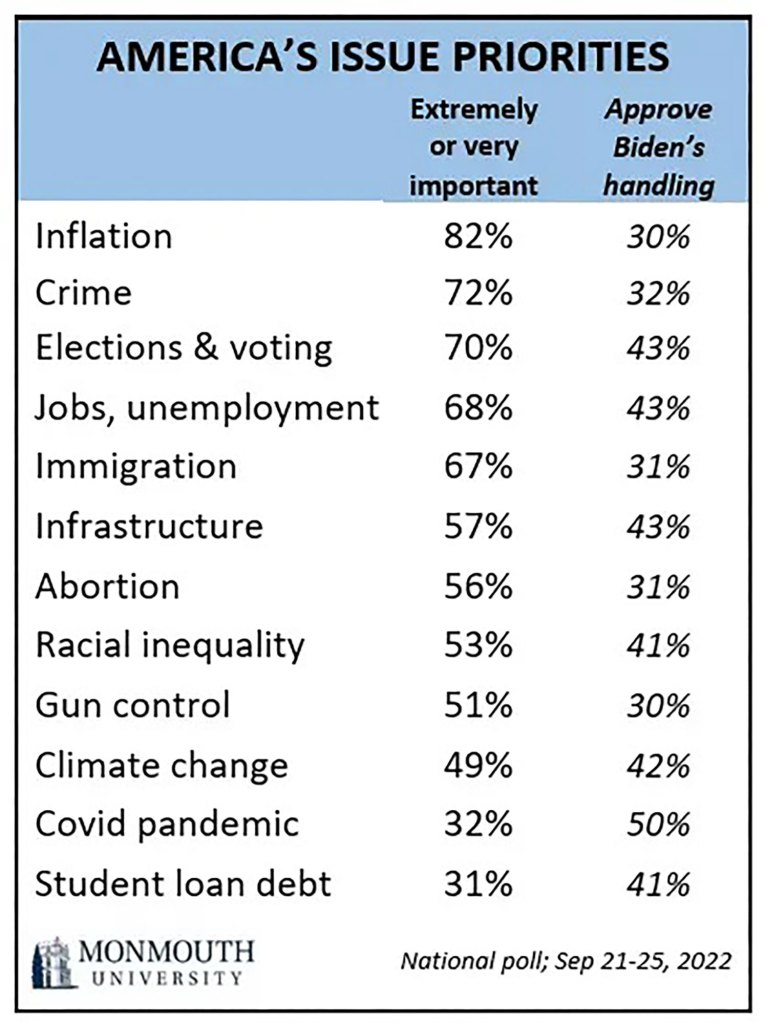 “Obviously, the Republicans are hitting away at issues where Biden – and by extension the Democratic Party – is weakest,” said Patrick Murray, director of the independent Monmouth University Polling Institute. “But it’s also worth noting that Biden does not provide a rallying point for Democratic voters on some of the issues, such as abortion, that his party is leaning on to motivate its own base.” 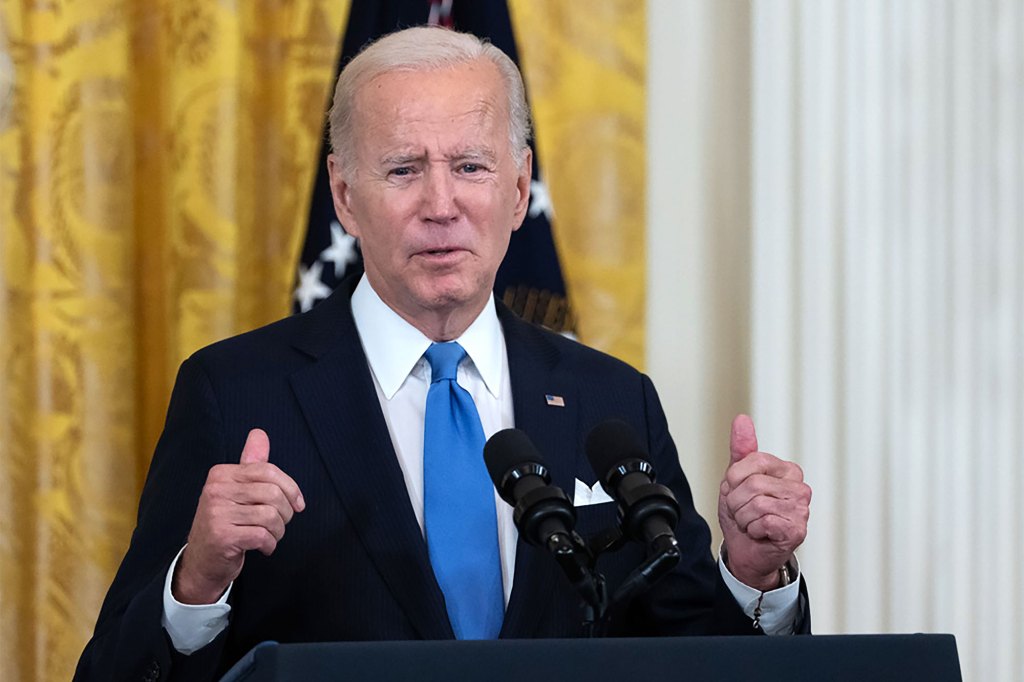 About half of those surveyed also said Biden is doing worse than they believed he would as president.

Congress’s approval rating is even lower than the president’s. According to the poll, 66% of Americans disapprove of the job it is doing and only 23% approve. However, the rating has improved from its recent low of 15% to 78% in June.

The poll also found that just 23% of Americans believe the U.S. is heading in the right direction, while 74% said it has gone down the wrong path.