Devin Singletary had a 1-yard touchdown run to help the Bills (9-3) win their third straight and take a half-game lead in the division over Miami. Buffalo had been 0-2 against division foes.

Including the playoffs last season, the Bills have won their last three meetings with New England (6-6).

Allen went 22 of 33 for 223 yards, consistently buying time in the pocket and finding soft spots in the Patriots’ zone. The Bills have struggled at times in the red zone, but went 3 for 3 on Thursday.

Despite playing without top pass rusher Von Miller, who suffered a knee injury in a Thanksgiving win over Detroit, Buffalo’s defense held the Patriots to three points over the final three quarters. 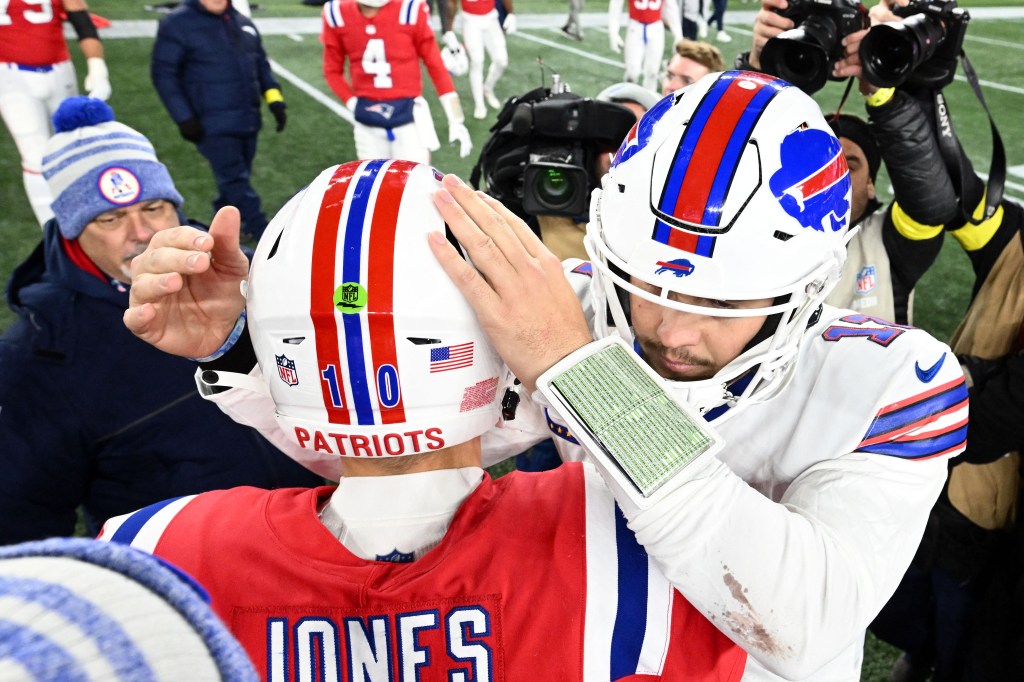 A week after putting together his most complete effort of the season, New England’s Mac Jones was flustered and unsure for most of the night. He finished 22 of 36 for 195 yards and a touchdown. The Patriots were 3 of 12 on third down and 0 for 1 in the red zone.

The Bills started slowly on offense, settling for a field goal on their first possession.

Trailing 7-3, Allen went to work during Buffalo’s next two opportunities. 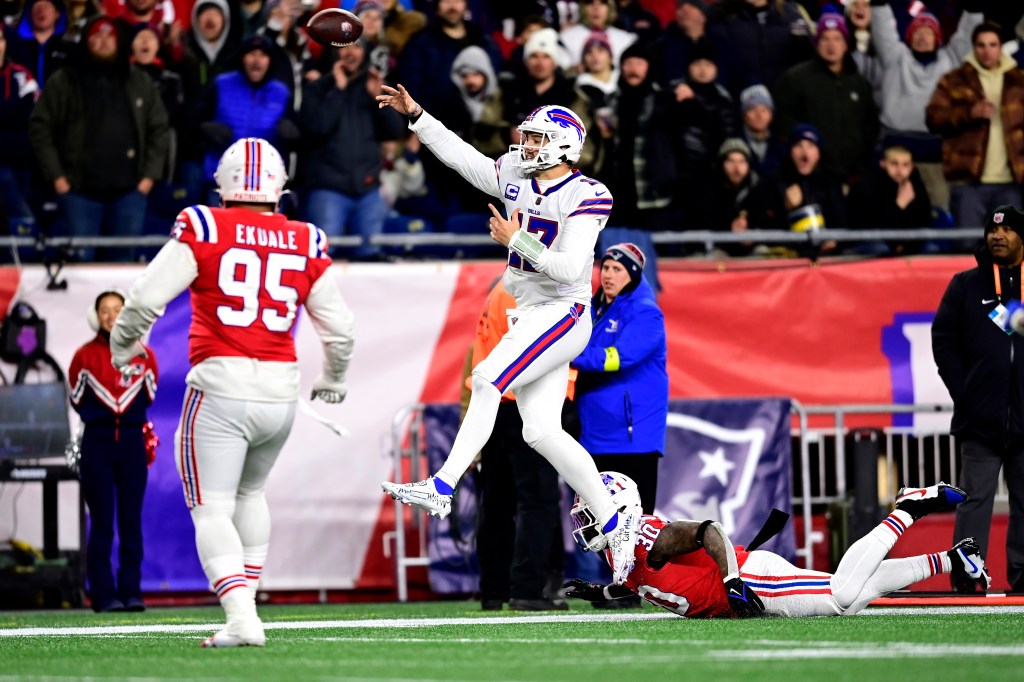 He led his team 82 yards in nine plays, ending the drive with an 8-yard touchdown pass to Stefon Diggs on the first play of the second quarter.

Following a Patriots punt, Allen capped a 14-play, 56-drive by eluding the Patriots’ pass rush and tiptoeing along the sideline before throwing across his body for an 8-yard TD pass to Gabe Davis.

The Patriots came in banged up on their offensive line and got creative to get their first points of the night. 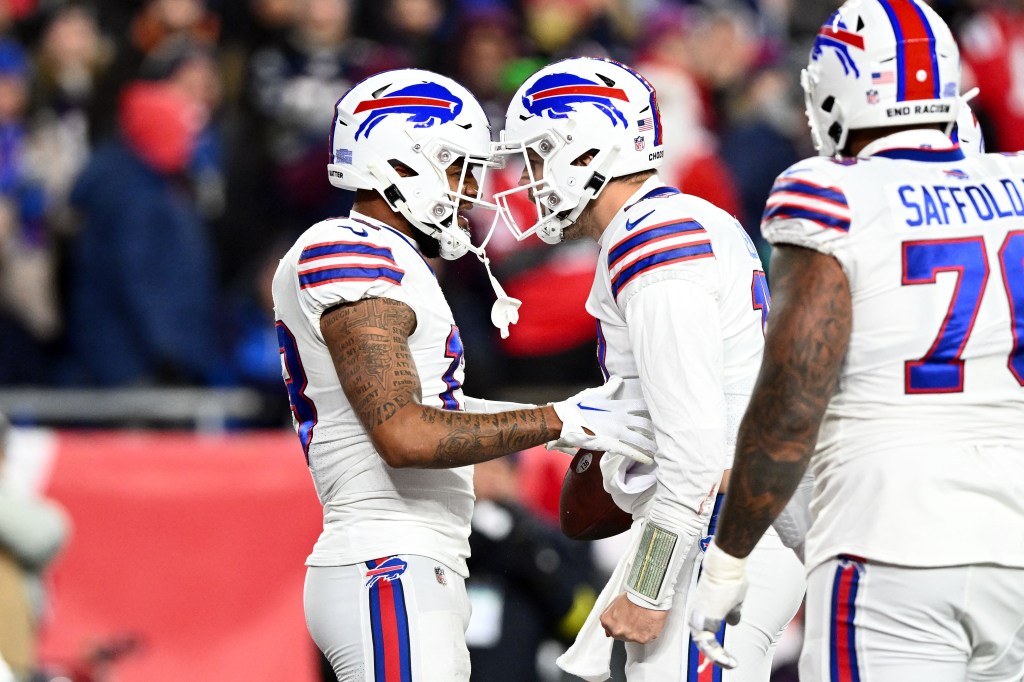 After going three-and-out on their opening drive, New England inserted speedy cornerback and return man Marcus Jones for his first offensive snap of the season.

He made the most of it, catching a quick screen from Jones, finding a seam and sprinting through Buffalo’s secondary for a 48-yard touchdown.

That was about the only highlight for the Patriots.

They punted on three straight possessions, then failed to get anything out of Allen’s fumble after Nick Folk hit the crossbar on a 48-yard field goal attempt with 10 seconds left in the half.