If you had just missed out on history, you’d be upset too.

One Blue Jays fan in Toronto came oh-so-close to snagging Aaron Judge’s 61st home run on Wednesday night at Rogers Centre, and wasn’t too happy about it.

The fan tossed his mitt in disgust after Judge’s dinger — which tied Roger Maris’ 61-year-old Yankees and American League record — eluded his grasp in the Rogers Centre bleachers. 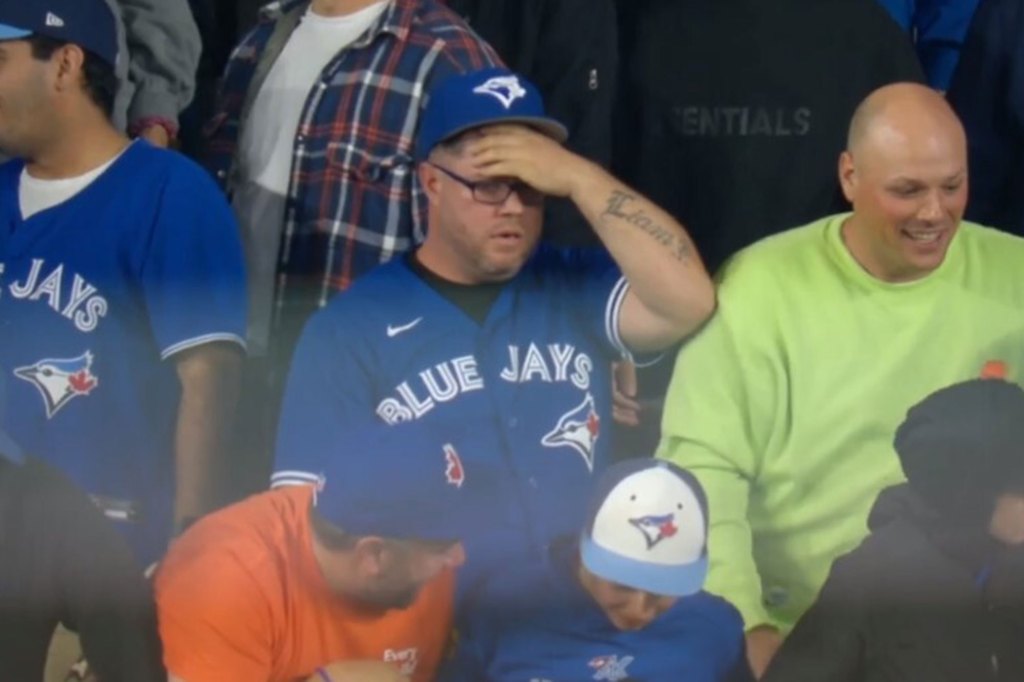 While it would have been cool to hold onto history, the fan also missed out on a potential payday: The record-tying ball could have fetched $250,000 at auction, according to SCP Auctions President David Kohler Front Office Sports.

Instead, Judge will get the ball back without having to trade any signatures or memorabilia — it landed in the Blue Jays bullpen, caught by bullpen coach Matt Buschmann, who promptly turned it over to the Yankees.

Reliever Zach Britton held on to it until he entered the game in the bottom of the seventh inning.