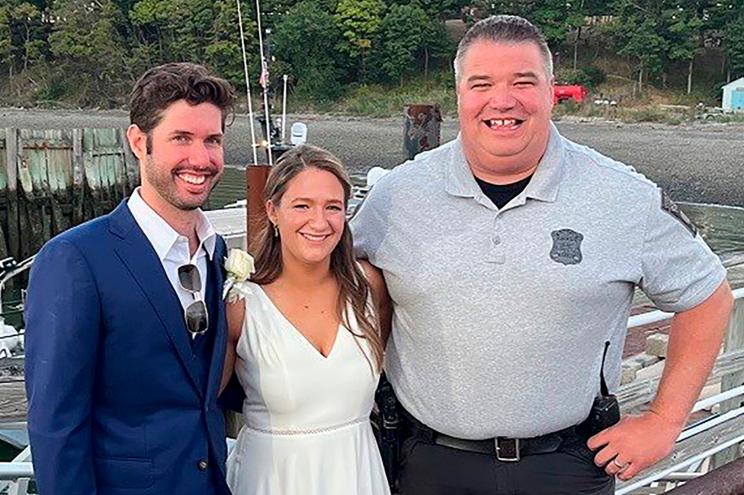 Officers from the Harbor Patrol of the Boston Police Department came to the rescue of the stranded groom and took him to his island by boat. Brought to a wedding over the weekend, officials said.

Patrick Mahoney was due to get married on Saturday on Thompson Island in the middle of Boston Harbor. People were waiting... for him — broken down,Boston Police said.

Officer Joe Matthews and others responded to the disabled boat. When they realized the situation was "dire", the officers escorted the groom to the island along with a photographer, a DJ and all the flowers.In total, they transported a dozen people.

"They got my groomsmen and all the vendors here to the island and were there very quickly to save the day," Mahoney told The Boston Globe.

A few hours later, according to police, Matthews returned to the island and congratulated the couple before heading to reception. "It was nice to be able to help," he said. "They seemed happy and we were happy to do it. Everything went well."