TLANTA — The Braves tried to turn the tables — and trumpets — on Edwin Diaz.

The Mets — trailing the Braves by the eventual final score of 5-3 in the eighth inning Sunday night at Truist Park — turned to their closer, who had not pitched since Wednesday. After two quick outs from Diaz, Atlanta manager Brian Snitker replaced designated hitter Marcell Ozuna with William Contreras.

Contreras, who had sat Saturday and was out of the lineup Sunday, uses “Narco” — Diaz’s viral entrance song at Citi Field — as his walk-up song. The sellout Braves crowd rose to its feet, made plenty of noise and pantomimed playing the trumpet.

If the song and scene bothered Diaz, he took it out on the pinch-hitting catcher. Diaz used a fastball and two sliders to strike out Contreras on three pitches.

The Mets flew in Timmy Trumpet to play the instrument live ahead of one of Diaz’s appearances in Queens earlier this season. Timmy Trumpet and the Dutch DJ duo known as Blasterjaxx are behind the tune, which Mets fans want as their own — and Blasterjaxx agrees. 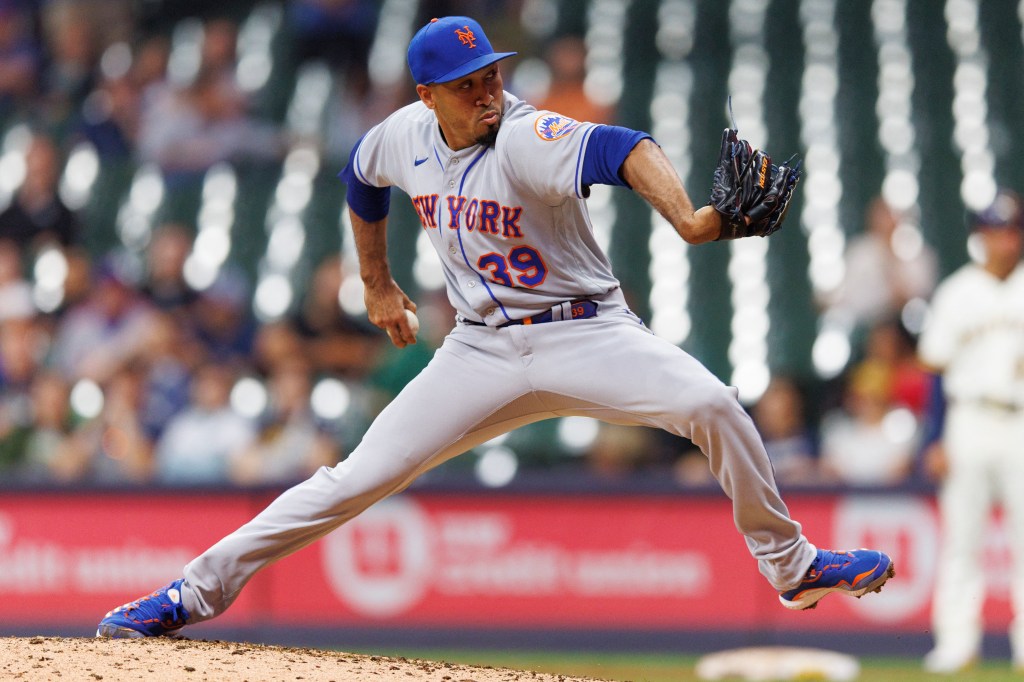 “For us, Edwin is the official one, that’s for sure,” Idir Makhlaf, one member of Blasterjaxx, told MLB Network last month. “You can’t have more, right? That’s impossible. You have to choose your own song.”