Brittany Aldean posted a photo of herself throwing out her Balenciaga bags and other items on Wednesday after the brand drew backlash over a controversial ad campaign.

Balenciaga wrote an apology on its Instagram stories last week and then scrubbed their account of all the images.

"We sincerely apologize for any offense our holiday campaign may have caused. Our plush bear bags should not have been featured with children in this campaign. We have immediately removed the campaign from all platforms," the brand wrote. 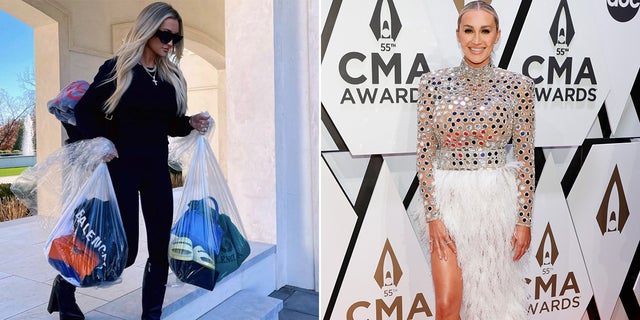 Brittany Aldean posted a photo of herself throwing out her Balenciaga products. (Getty)

They also apologized for "displaying unsettling documents" in their campaign, adding that they "take this matter very serious and are taking legal action against the parties responsible for creating the set and including unapproved items for our spring 23 campaign photoshoot."

Aldean, who is married to country star Jason Aldean, has been outspoken in the past about children, especially regarding kids wanting to transition to another gender.

"I think that children should not be allowed to make these life-changing decisions at such a young age," she told Tucker Carlson in September. "They are not mature enough; they should have parents who love them and advocate for them regardless. We have ages on everything. We have it for cigarettes, driving, military, voting … yet for some reason people think that we can let a child choose their gender so young? It's very baffling to me."

In addition to Aldean, other celebrities like Kim Kardashian have spoken out about the Balenciaga controversy.

Kardashian said she was "reevaluating" her relationship with the brand. "As a mother of four, I have been shaken by the disturbing images. The safety of children must be held with the highest regard, and any attempts to normalize child abuse of any kind should have no place in our society — period." 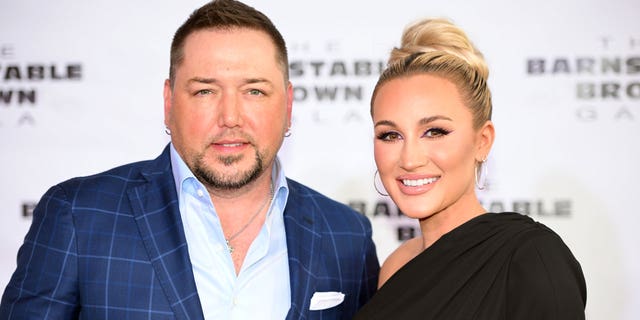 "I have been quiet for the past few days, not because I haven’t been disgusted and outraged by the recent Balenciaga campaigns, but because I wanted an opportunity to speak to their team to understand for myself how this could have happened," she said across her social media platforms Sunday.

While Kardashian said she was happy the ads were removed, she wasn't ready to give up on the luxury company entirely and will wait to see what kind of "accountability" Balenciaga takes going forward.