The Buccaneers this week dealt with more adversity than simply shaking off their disappointing 14-12 loss to the Packers last week.

They, too, endured the effects of Hurricane Ian, which ravaged Florida and placed their Sunday night home game against the Chiefs in jeopardy.

There were contingency plans to move the game out of the state, but the game will remain at Raymond James Stadium, where Tom Brady and the Buccaneers will face Patrick Mahomes and the Chiefs in a rematch of Super Bowl LV.

Brady this week recalled playing NFL games after the devastation of Hurricane Katrina and 9/11, and expressed the importance of keeping the game in Tampa, Fla., as a way to provide some entertainment, relief and normalcy to the area, which was impacted severely by the storm.

“I know it means a lot for us to have the opportunity to go out and play for our fans always. But after what so many people have gone through in our state, it’s great to go out there and give them something to cheer about.” 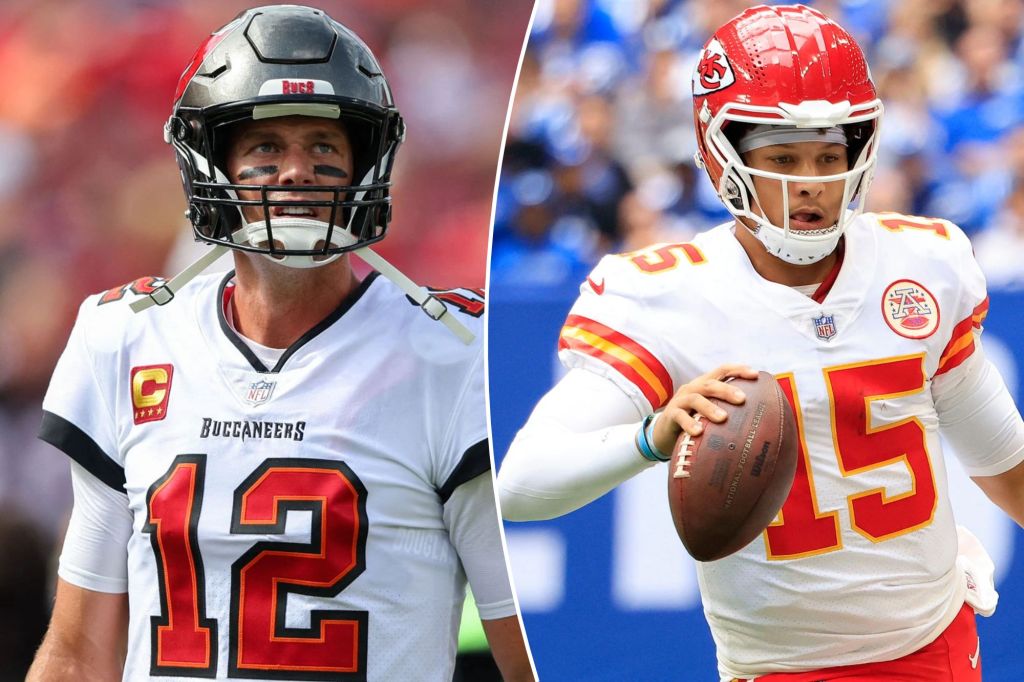 On Tuesday, the Bucs moved their football operations to south Florida and practiced at the Dolphins’ facility, away from the brunt of the storm, before they returned to Tampa on Friday.

In the game, the Bucs will have top receiver Mike Evans back in the lineup after he served his one-game suspension last week.

“I’m happy I get to go out there and entertain,” Evans told reporters. “I know we’re going through a tough time right now so hopefully we can be a bright spot.”

The last time the Tampa Bay Buccaneers and Kansas City Chiefs played, they made NFL history with the Bucs becoming the first team ever to play a Super Bowl in their home stadium.

This will be the sixth meeting between Brady and Mahomes, whose Chiefs are also coming off a disappointing loss, 20-17, to the Colts. The first three came while Brady was with the Patriots. After Brady’s Pats won the first two of those meetings, Mahomes countered with wins against New England in 2019 and the Buccaneers in 2020.

As great as Brady is, it has been the defense under new head coach Todd Bowles that has led the way this season. Tampa Bay is allowing just nine points per game, best in the league, and is among NFL leaders in sacks, takeaways (with five interceptions) and third-down defense.

Mahomes, who was pedestrian by his lofty standard last week (20-of-35 for 262 yards, one TD, one INT), comes to Tampa with his array of offensive weapons, which is what makes this game must-see TV. He has completed at least 10 passes to four different pass-catchers, led by tight end Travis Kelce (17 for 230 yards and two touchdowns). Newcomers JuJu Smith-Schuster (14-178) and Marques Valdez-Scantling (10-105) have helped make up for the departure of Tyreek Hill to the Dolphins.

The return of Evans, who’s a dependable security blanket for Brady, should help that production.

Hopefully, the game will provide some much-needed entertainment for those adversely affected by the hurricane.

“It’s a double-edged sword, because you feel for everybody else in Tampa and you can’t save the world,” Bowles said. “But our heart goes out to everybody there. You try to take it day by day and not make it too big for yourself and just make sure everybody can function.”

Walmart's Cyber Monday sale has begun. These are the best deals you can shop right now

China, US Can Cooperate on Climate Issues Despite Tensions, Experts Say