The college football season rolls on with some added optimism coming into the fourth week.

The Pac-12 Conference joined the Big Ten in reversing its decision to have a football season despite insisting that continuing with a fall sports schedule was unsafe. On the heels of that announcement, the SEC begins its conference-only schedule with several of its top schools in action.

A handful of games, including one set to be played by Notre Dame, were canceled amid coronavirus outbreaks.

Here are some of the top games on the schedule this week: 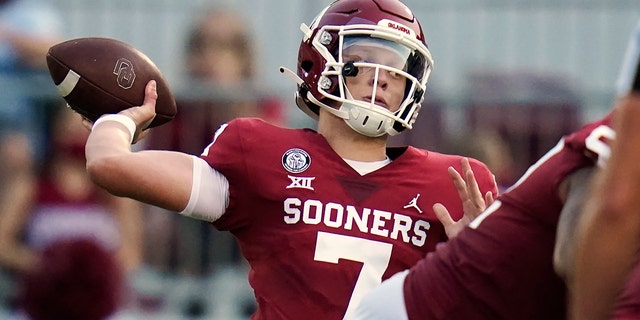 Oklahoma will come into its game against Kansas State as the No. 3 team in the nation. The Sooners are 1-0 and the Wildcats are 0-1 this season. Expect Oklahoma quarterback Spencer Rattler to have another big game. 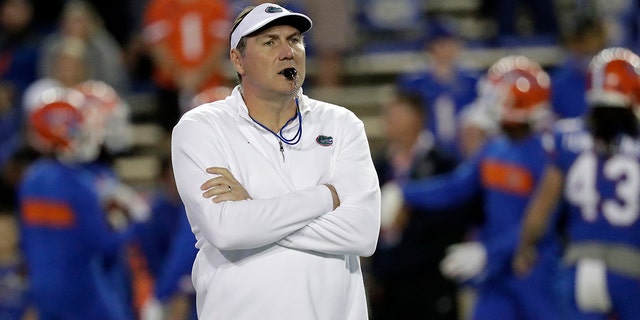 Florida head coach Dan Mullen watches his players warm up before an NCAA college football game against Florida State, in Gainesville, Fla. Mullen is still wary about what lies ahead as Florida prepares to open the season at Ole Miss on Saturday, Sept. 26, 2020. “Obviously, all the COVID stuff makes you anxious,” Mullen said. (AP Photo/John Raoux, File)

Florida starts its season on the road against Ole Miss. Coach Lane Kiffin will be making his Rebels debut. The Gators are the No. 5 team in the nation. Kyle Trask is expected to start at QB for Florida. Ole Miss is expected to go with Matt Corral. 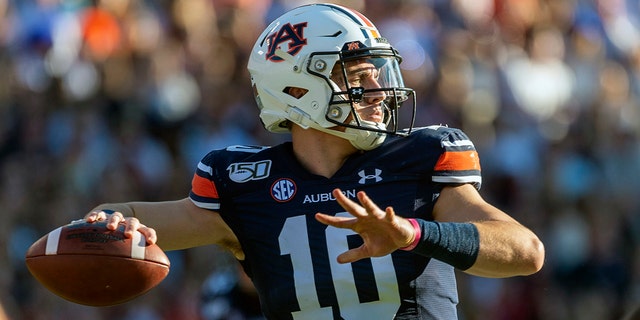 In this Saturday, Nov. 30, 3019, file photo, Auburn quarterback Bo Nix throws against Alabama during the first half of an NCAA college football game, in Auburn, Ala. (AP Photo/Vasha Hunt, File)

Auburn and Kentucky will be among the most interesting SEC matchups to watch. Both teams are ranked. The Tigers ended their 2019 season with a loss to Minnesota and the Wildcats ended with a win against Virginia Tech. Bo Nix will start at quarterback for Auburn and Terry Wilson will start for Kentucky. 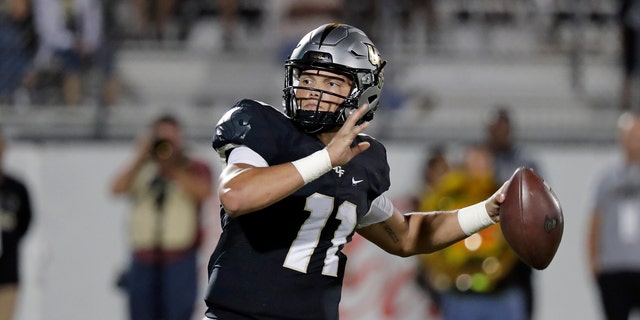 UCF’s Dillon Gabriel declared the Knights the best team in Florida. Quarterback Gabriel will have to put up or shut up, starting with East Carolina. It will be the Pirates’ first game of the season. 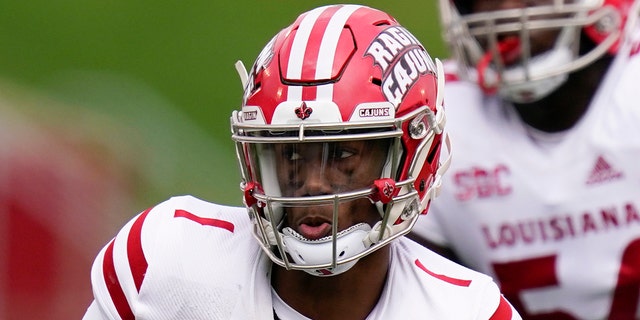 Louisiana was nearly knocked off last week against Georgia State. This time, it faces Georgia Southern. Levi Lewis and Elijah Mitchell will try to keep things rolling for the Ragin Cajuns. The Eagles’ game against Florida Atlantic last week was postponed because of positive COVID tests. 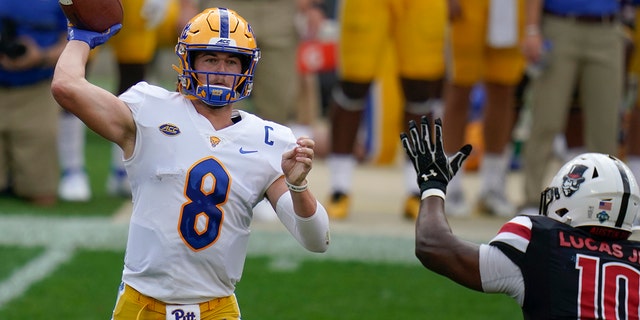 Pittsburgh quarterback Kenny Pickett (8) passes as he is pressured by Austin Peay defensive end Terrell Lucas (10) during the first half of an NCAA college football game, Saturday, Sept. 12, 2020, in Pittsburgh. (AP Photo/Keith Srakocic)

Pittsburgh and Louisville face off in an important ACC matchup. The Panthers are led by quarterback Kenny Pickett, who has had a few good games early in the season. The Cardinals will look to rectify a loss against Miami last week. 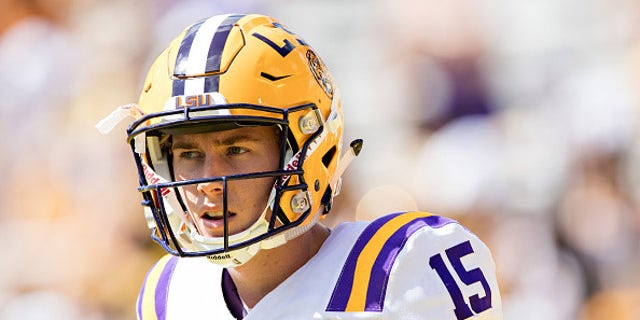 Quarterback Myles Brennan will look to start the defending national champions off on the right foot. LSU hosts Mississippi State in Mike Leach’s Bulldogs debut. It’s a new LSU team, but the Tigers still come in ranked No. 6 in the nation. 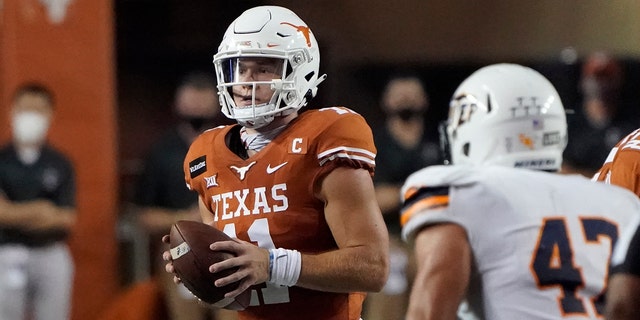 Texas' Sam Ehlinger (11) looks to pass against UTEP during the first half of an NCAA college football game in Austin, Texas, Saturday, Sept. 12, 2020. (AP Photo/Chuck Burton)

The Longhorns have been riding high under quarterback Sam Ehlinger. Texas looks to remain undefeated this season when they go to Lubbock, Texas, to play Texas Tech. QB Alan Bowman will hope to open up the offense for the Red Raiders. 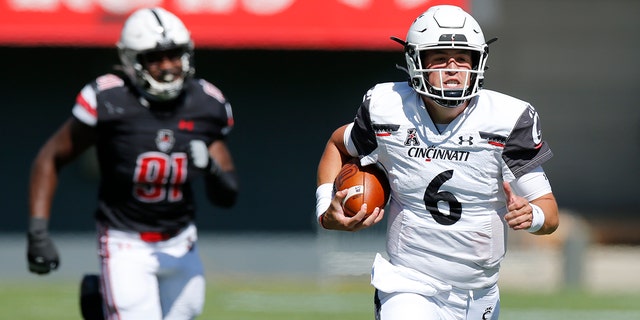 Cincinnati and Army face off in a battle of ranked teams. The Bearcats defeated Austin Peay last week. Army has started the season 2-0, defeating Middle Tennessee State and Louisiana-Monroe. A win for either team could mean bigger things come late December or early January. 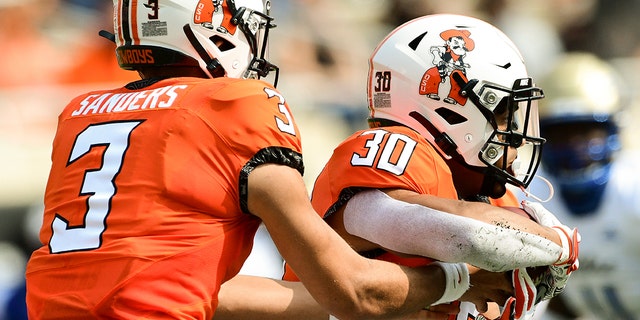 Oklahoma State quarterback Spencer Sanders (3) hands the ball off to running back Chuba Hubbard (30) during the first half of an NCAA college football game against Tulsa, Saturday, Sept. 19, 2020, in Stillwater, Okla. (AP Photo/Brody Schmidt)

Oklahoma State will hope to keep pace with Oklahoma and Texas in the Big 12. The Cowboys face off against West Virginia. The Mountaineers are also 1-0 and a win could mean a move into the Top 25 come Sunday. 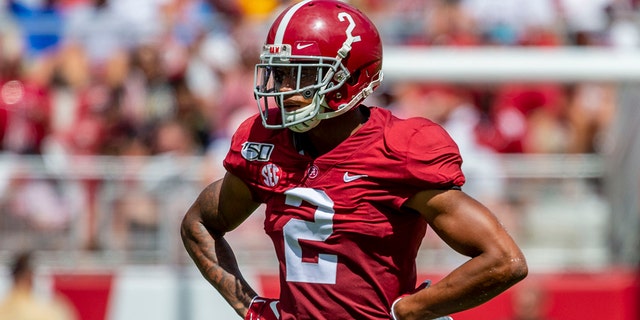 Alabama defensive back Patrick Surtain II waits for a play during the team's NCAA college football game against Southern Miss in Tuscaloosa, Ala. Two of the Alabama defense's big names -- Surtain and linebacker Dylan Moses -- are back, along with potential stars like Ray and linebacker Christian Harris. (AP Photo/Vasha Hunt, File)

Alabama is back. Mac Jones and the Crimson Tide start their season on the road against Missouri. Alabama will hope its season gets started off right with a win over the Tigers. Missouri will either start redshirt freshman Connor Bazelak or redshirt junior Shawn Robinson.at QB. 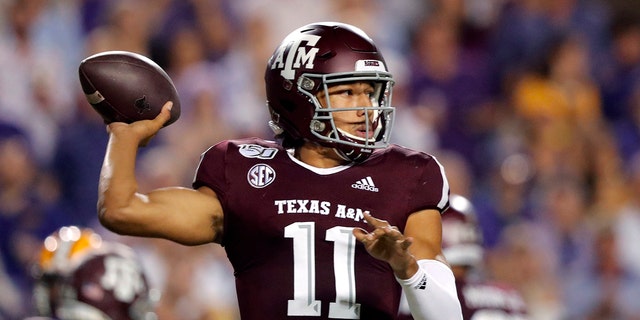 In this Nov. 30, 2019, file photo, Texas A&amp;M quarterback Kellen Mond throws a pass during the first half of the team's NCAA college football game against LSU in Baton Rouge, La. Mond will lead No. 10 Texas A&amp;M in the opener against Vanderbilt on Saturday, Sept. 26, 2020. (AP Photo/Gerald Herbert, File)

Texas A&M begins its SEC schedule against Vanderbilt. The Aggies are the No. 10 ranked team in the nation. QB Kellen Mond will get one more shot to lead the team to the College Football Playoff. 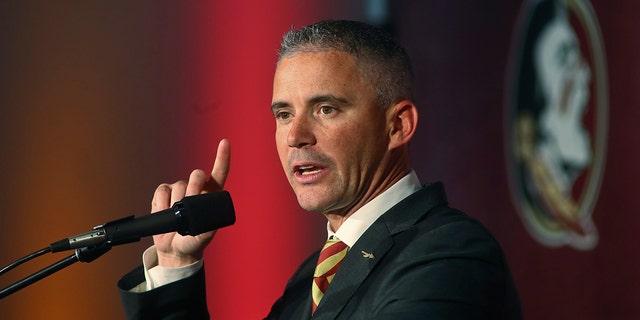 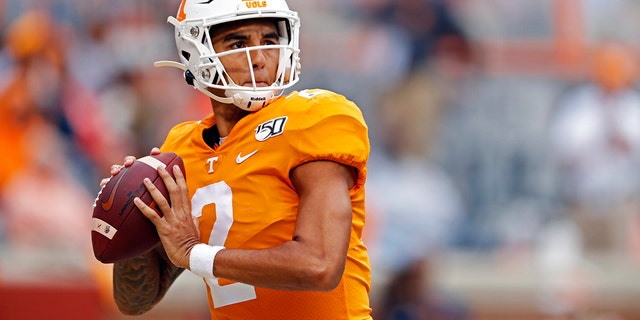 Jarrett Guarantano and the 16th-ranked Tennessee Volunteers are about to find out how much having the same offensive coordinator for consecutive seasons can help a quarterback. (AP Photo/Wade Payne, File)

Tennessee is starting the season as the No. 16 team in the nation. Quarterback Jarrett Guarantano and the Vols will host South Carolina and his counterpart Collin Hill. It’s the first game of the season for both schools. 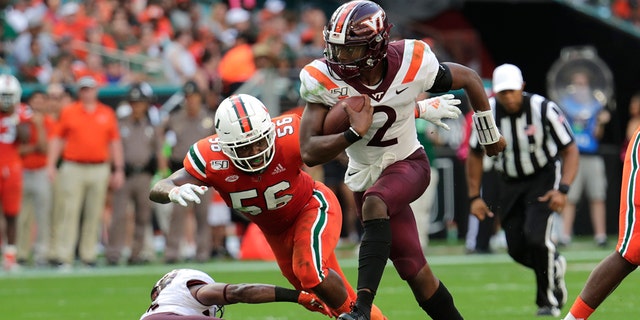 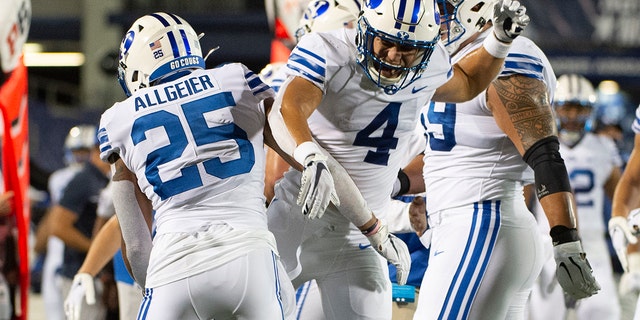 BYU and Troy will close out a big Saturday in college football. BYU destroyed Navy for its first win of the season. Troy beat Middle Tennessee State for its first win. One team will leave the field undefeated.

Pirlo on Ronaldo's optimal position: Start from the left inside and move to the center. He can play alongside Morata or Dybala
Mikhail Butovsky is probably the best doctor in our sport. A serious conversation about rudeness to doctors, salaries and leaving CSKA and Spartak
Naumov about the defeats of Zenit, Loko and Krasnodar in the RPL after the Champions League: Lack of professionalism in the players and the ability of the coaches
Ronaldo violated the coronavirus Protocol. An investigation is underway. Italian sports Minister on the departure of the player from Turin
Sports Director of Khimki about 2:0 with Rostov: We proved that we are a team and can win on the road
Jaka defeated Arsenal and Leicester did not create anything except the goal. We will try to take points from Manchester United
Pirlo about 1:1 with Verona: Juve do not need a slap in the face to Wake up and play intensely
Source https://www.foxnews.com/sports/college-football-week-4-preview-2020

Chinese leaders focus on tech as they make 5-year plan

As a Coach and a Cop in Minneapolis, Where Would He Draw the Line?

Why is Software Development Different in Aerospace?

Asian shares mostly fall on uncertainty over US election

The Erasure of Arsenal's Mesut Özil

Halloween goes on at the White House with a few twists

Entrepreneurship in the pandemic is always a challenge, even for Martha Debayle

Barrett Likely to be Confirmed to US Supreme Court Monday

Election Updates: Barrett Set to Be Confirmed to Supreme Court

Senate to confirm Barrett for court in highly partisan vote

Trump to escalate campaigning as Biden steps up own travel

Drew Barrymore gets emotional while discussing divorce from Will Kopelman

Margot out at home, Rays unable to steal Game 5 from Dodgers

Analysis: The year 2020 is defined by lines

Trump Plans A Series of Saturday Night Massacres If He Wins

What’s on TV This Week: ‘This Is Us’ and ‘The Haunting’

Chileans Vote by Millions to Tear Up Pinochet's Constitution

Dodgers defeat Rays in Game 5 of the World Series

Steve Hilton argues 2020 election is about the people vs. the establishment

In Joctober, Pederson does it all for Dodgers

AOC tells Jane Fonda being Trump’s ‘public enemy No. 1’ is a good thing

Europe is More Vulnerable to Big Tech Censorship than America

The early voting window is closing

Americans Must Render Judgment Against Joe Biden At The Polls

Clayton Kershaw's performance enough for Dodgers win in Game 5, one victory away from World Series

Tractor Flips During Hayride in Illinois, Killing One and Injuring 17