Columbia University announced a $165 million settlement Friday with 147 women who said former gynecologist Robert Hadden committed sexual abuse and misconduct while he was their doctor.

The funds from the settlement will be distributed by a special master agreed to by the parties. The agreement follows a separate $71.5 million settlement reached in 2021 by another 79 former patients of Hadden, who was affiliated with the university hospital for nearly 20 years.

The Columbia University Irving Medical Center said in a statement that it has adopted policies to ensure patients "are protected and empowered while in our care."

"We deeply regret the pain that Robert Hadden's patients suffered and hope that these resolutions will provide some measure of support for the women he hurt," the university said. "All those who came forward should be commended." 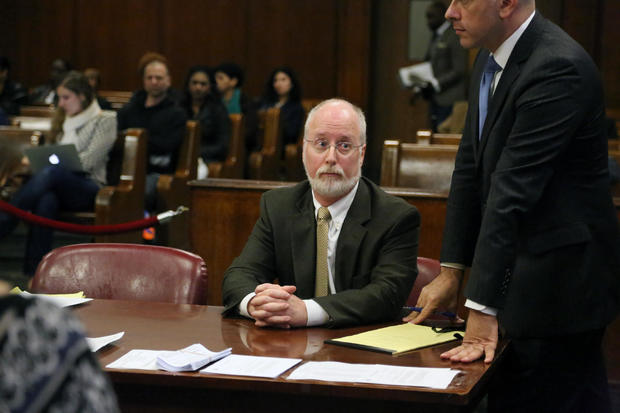 Claims by some other former patients have not been settled, according to attorney Anthony DiPietro, who said he represents 236 former Hadden patients, including those who were involved in Friday's agreement and others who were not.

DiPietro said he believes there are other abuse survivors who have not come forward.

"This is just the beginning," said DiPietro, who noted that Hadden had thousands of patients during his career, and he believes most have not been informed of the allegations against Hadden. "Many aren't even aware of how they were sexually exploited."

In 2016, Hadden agreed to plead guilty to two state charges of a criminal sex act in the third degree and forcible touching.

Hadden is awaiting trial on separate federal charges, filed in September 2020, related to cases in which patients traveled between states for their appointments with him. Prosecutors alleged in the 2020 indictment that Hadden also assaulted "dozens of female patients, including multiple minors" between 1993 and 2012, but filed charges related only to those who they say lived outside New York when Hadden was their doctor. Prosecutors said Hadden "induced" those victims to travel across state lines for their appointments with him "for the purpose of subjecting them to unlawful sexual abuse."

The federal complaint accuses Hadden of licking and touching patients' genitals and breasts "without a valid medical purpose." One alleged victim was a minor whom years earlier he had delivered, according to federal prosecutors.

An attorney for Hadden did not reply to a request for comment.

He has denied all allegations beyond the two for which he entered the 2016 guilty plea, a deal that included no jail time and a downgrade in sex-offender status to the lowest level — meaning he is not listed in New York State's online sex offender registry.

The allegations against Hadden received renewed attention in 2020 after Evelyn Yang, whose husband Andrew Yang sought the Democratic nomination for president, said in an interview with CNN that Hadden had assaulted her.

Former Hadden patient Marissa Hoechstetter was among the leaders of a campaign to pass the New York State Adult Survivors Act, which beginning November 24 will provide a one-year window for people to bring lawsuits for certain sexual offense claims that previously were beyond the statute of limitations.

She said she commends "these brave survivors on their fight for justice."

"There are still countless other Hadden survivors who have still not been informed and others who keep coming forward seeking justice," said Hoechstetter, who said New York's Adult Survivors Act "offers an avenue for those survivors abused when they were over the age of 18 - regardless of the statute of limitations."