The strength and conditioning coordinator for the Dallas Cowboys died yesterday after experiencing a medical emergency. 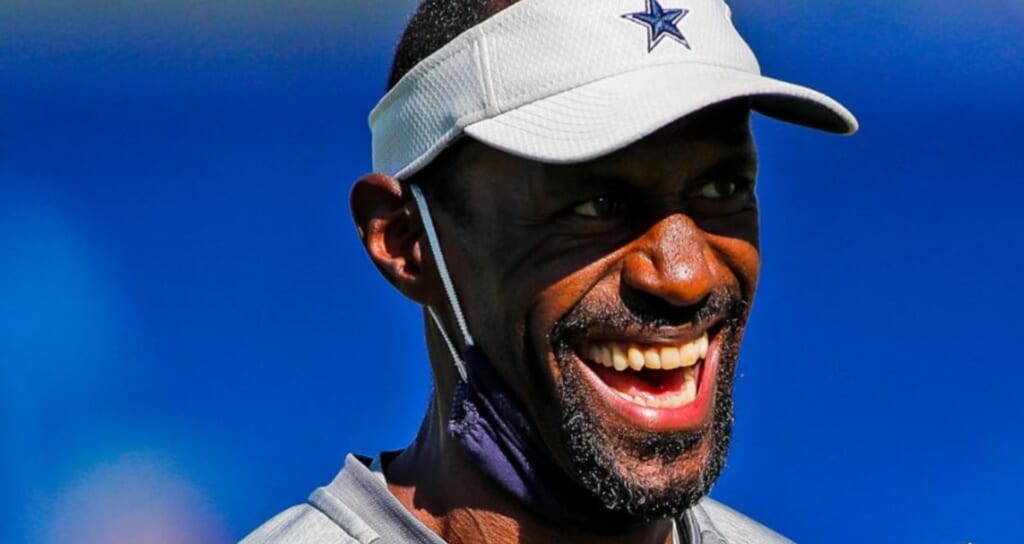 Markus Paul, the Dallas Cowboys’ 54-year-old strength and conditioning coordinator, died Wednesday after a medical emergency, according to the team.

Paul had been at work in Frisco, Texas when his emergency occurred. Team medical personnel assisted him, and he was transported to Plano Presbyterian Hospital. His family was able to be at his side there when he passed away.

His cause of death has not been announced.

Read More: Nurse, 70, who came out of retirement to teach during pandemic dies from COVID-19

“The loss of a family member is a tragedy, and Markus Paul was a loved and valued member of our family,” Jerry Jones, the Cowboys’ owner and general manager, said in a statement. “He was a pleasant and calming influence in our strength room and throughout The Star.”

“His passion for his work and his enthusiasm for life earned him great respect and admiration from all our players and the entire organization,” said Jones. “We offer our love and support to his family in this very difficult time. Our hearts are broken for his family and all of the individuals whose lives he touched and made better.”

Read More: Lauren London adds new Nipsey Hussle tattoo based on a note he once wrote her

“He earned the players’ respect and attention because he cared so much and was a naturally gifted communicator — both on the personal and professional levels,” McCarthy noted. “He handled every situation, sometimes with a smile and a pat on the back and sometimes with tough love.”

Cowboys linebacker Jaylon Smith tweeted a message of condolences and tribute: “Thank you Markus for being you. Learned a lot from observing you. Servant leader. Missing the laughs and jokes. Rest in Heaven. Peace, love, and prayers to all affected.”

Before joining the Cowboys, Paul had made the rounds at a number of NFL teams. He was previously with the Chicago Bears, New Orleans Saints, New England Patriots, New York Jets and New York Giants.

Each team released a short statement praising him.

Real Madrid coach Bettoni about 4-1 with Alaves: A well-deserved win. Zidane is very happy with the game
Benzema is about 4:1 with alavesa: a Good game is important for confidence. After a tough week, Real Madrid are on the right track
Cheltenham scored against Man City after an out - in the best tradition of Rory Delap. Throw the ball to 30 meters helped the towel
Benzema has scored 15+ goals in 10 of his 12 seasons at Real Madrid
Ibrahimovic-Zapate: I've scored more goals than you've played in your career
Pep Guardiola: Foden should be a Photon, not de Bruyne. There is only one de Bruyne
Bruno on Liverpool's form: Big clubs and players can prove themselves at any time
Source https://thegrio.com/2020/11/26/markus-paul-cowboys-coach/

She was murdered for catching an Indian priest and nun in a sex act. Three decades later, justice is served

Charter Joe Biden’s private inaugural jet for only $12,000 an hour

Firefighter's sign language Pledge was homage to her late father

Essential food workers strike over $1 in New York City, this week in the war on workers

Heat fans to attend games thanks to COVID-19-detecting dogs

Vaccine doses are scarce across America as U.K. strain emerges

Washington Monument closed 'until further notice' due to Covid-19

Salt-N-Pepa, Hip-Hop Duo That Spoke Up for Women, Tells Its Own Story

How Ghislaine Maxwell was nabbed by the FBI via her cellphone

Jimmie Rodgers, singer of ‘Honeycomb’ and other hits, dies

The Latest: Sharks to open home schedule hosting in Arizona

Nancy Grace mourns friend Larry King, ‘there’s never been anybody like him’

Jessica Korda with 60 moves within 2 shots of Danielle Kang

This Week In Music: The ‘Answer Song’ Takes Center Stage In Disney Drama

Patty Jenkins & Gal Gadot On ‘Wonder Woman 1984’: “How Do You Use A Superhero To Inspire The People Of Tomorrow…To Save Our World?” – Contenders Film

Justice Department, FBI debating whether to charge all those involved in Capitol riots: WaPo

Historic All Saints Church in Harlem to be sold

Ben Affleck Says Studio Character Dramas Like ‘The Way Back’ Are His Taste: “They Don’t Do Them As Much Anymore” – Contenders Film

Woman catches date scrolling through Bumble via reflection in his glasses