WARE, HERTFORDSHIRE, UNITED KINGDOM — Saquon Barkley was asked if a starting quarterback displaying toughness resonates with the entire team. He knew how he wanted to respond but then caught himself after glancing up and seeing Daniel Jones in the back of the room.

“I really don’t want to say nothing nice about him right now,” Barkley said, smiling.

The Giants did not have to travel out of the country and across the pond to learn about the player they have at the most important position in football. There continue to be questions surrounding the future of the 25-year old Jones but no one can doubt his determination to shrug off physical issues and get back onto the field.

The Giants came out with their injury report for Sunday’s game against the Packers at Tottenham Hotspur Stadium in London and Jones’ name does not appear on it. He has no injury designation for the game after he was a full participant in Friday’s light practice at an immaculate grass field amid the rolling hillside at the Hanbury Manor Hotel and Country Club, where the Giants are staying during their short time here, located one hour outside London. 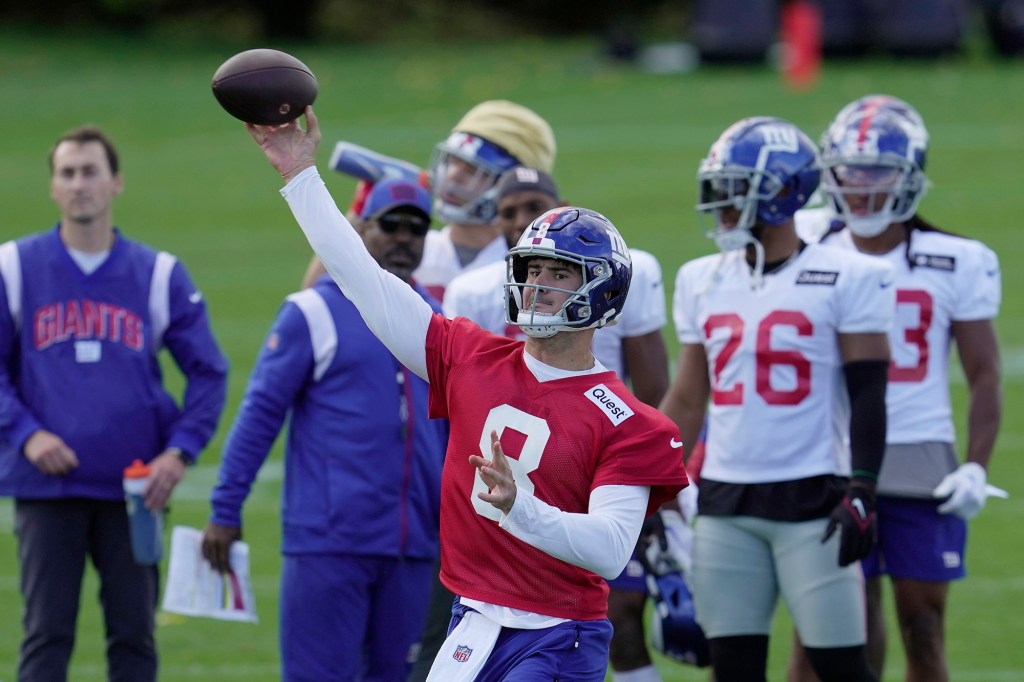 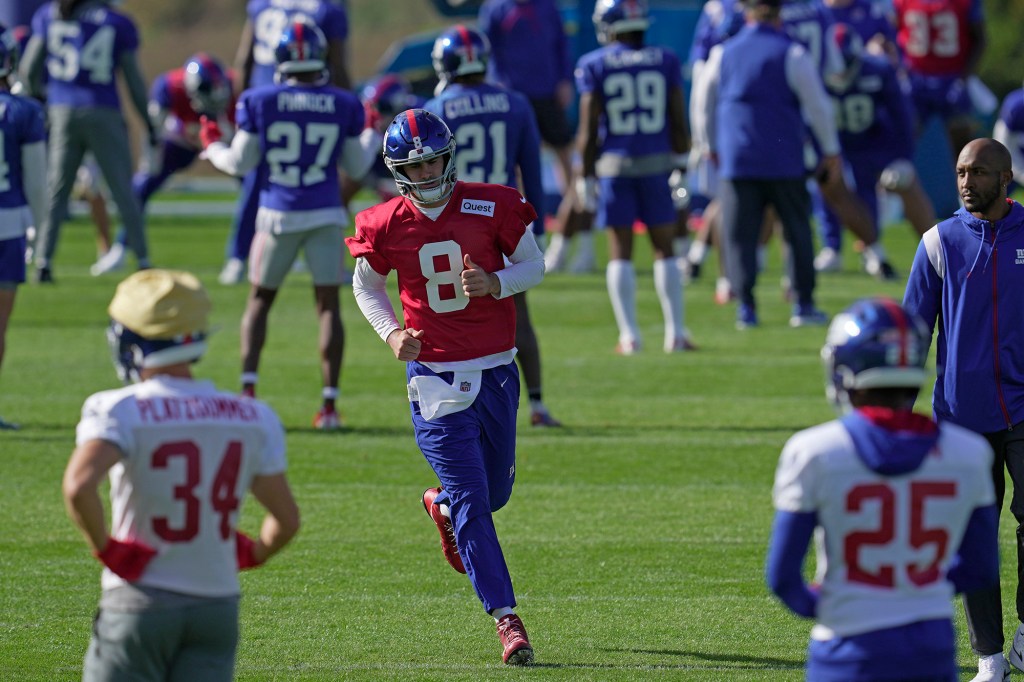 Just like that, Jones is clear of the sprained left ankle that forced him out of last week’s victory over the Bears.

“Everyone knows how I feel about DJ, just his mentality, his work ethic, type of talent that he is,’’ Barkley said. “He’s a gritty guy, he’s a tough guy. Yes it does speak volumes when your quarterback has that mindset. We’re going to continue to rock with him and just keep going.’’

Jones will have a different backup, as Tyrod Taylor did not clear concussion protocol and has been ruled out for the game. Davis Webb will be activated off the practice squad as the No. 2 quarterback.

Jones had to come out of the game last week late in the third quarter after he was sacked and sprained his left ankle. He would not have returned to the field, but Taylor went down with a concussion and Jones was summoned and asked to line up as a wide receiver as Barkley ran the offense as a Wildcat quarterback. Jones later went behind center to hand the ball off to Barkley three times in the closing minutes.

After the game, Jones admitted his ankle was hurting and he could not run as he normally does.

“Early in the week I started feeling better pretty quickly and realized I was progressing and felt good,” he said. 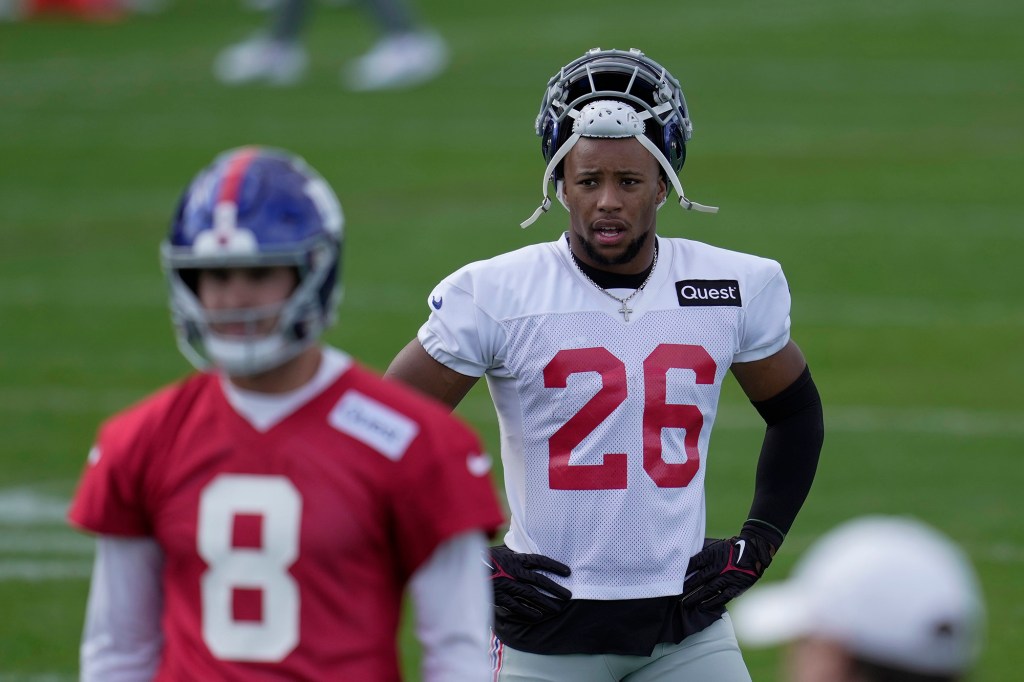 A week after incurring the injury, Jones showed he can run well enough to convince the coaching staff that he can use his legs on the rollouts and bootlegs that are a staple of this offense.

Now that Jones is back behind the controls of the offense, the Giants would like to see more production out of a unit that is averaging only 19 points a game and has managed to score only seven touchdowns in four games.

Jones has Barkley, the NFL’s rushing leader, and handing it to him has been the only reliable way for the Giants to move the ball. The passing attack is a cobbled-together collection, with only two fully-healthy veteran players, David Sills and Darius Slayton. Richie James, the team co-leader (along with Barkley) in receptions with 15, was limited this week with an ankle injury but is not on the final injury report. Kenny Golladay (knee) and Kadarius Toney (hamstring) did not make the trip. Rookie Wan’Dale Robinson will miss his fourth consecutive game after spraining a knee in the season opener.

There are a worrisome number of absences. The starting quarterback will not miss this game, though.