Miles Wood added two assists for the Devils, who are a win away from tying the NHL record for consecutive road victories. New Jersey lost its first road game of the season, at the Flyers on Oct. 13, and hasn’t dropped one away from home since. The Devils’ next road game is Dec. 12 at the Rangers.

“I think that’s a big accomplishment,” Mercer said. “Road games are hard, and to come away with that many it’s a special thing.”

The Devils, who recently had a 13-game winning streak, have won four of five and 17 of 19 overall. New Jersey managed to continue its surge despite being outplayed for the first two periods.

“It really was a challenge,” New Jersey coach Lindy Ruff said. “I thought as a team we were flat. We had nobody that was carrying the play and skating well. We dug a little deep and at the start of the third, and we created a little energy. We found a way to win.”

Travis Konecny and Lukas Sedlak scored for the Flyers, who have lost 12 of 13. 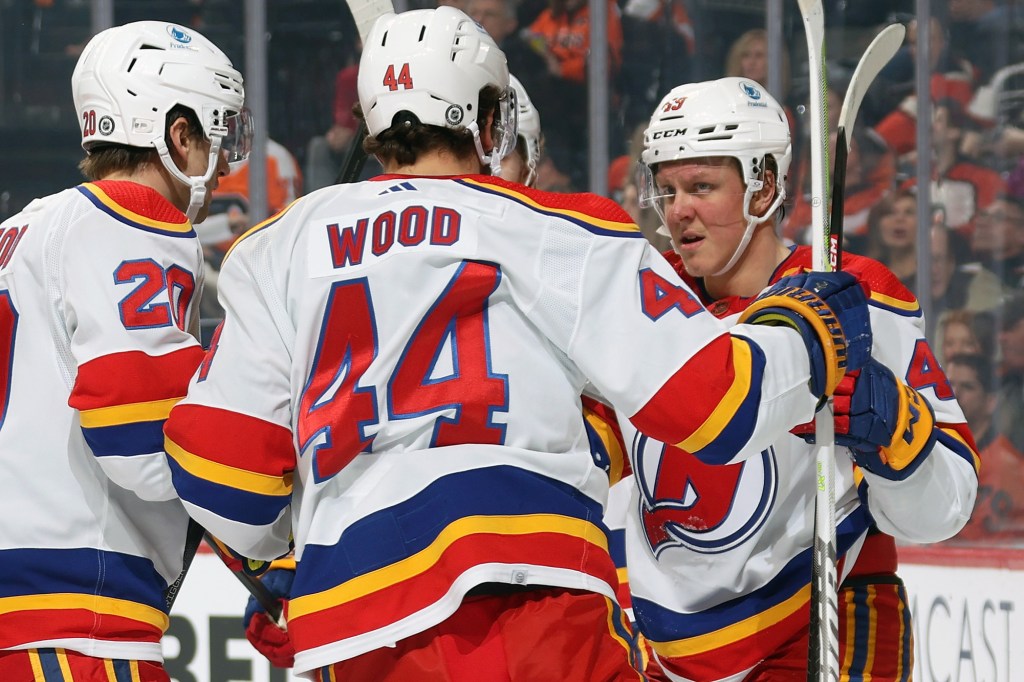 “I don’t think we had many lapses tonight,” Flyers coach John Tortorella said.

Tortorella got testy with a second question about whether he liked the team’s effort. He tersely responded, “Yes. You’re asking me dumb questions.” Then, he left the interview room.

The Devils caught a break on Mercer’s goal that broke a 1-all tie 1:49 into the third. Flyers goalie Carter Hart went to play the puck behind the net after New Jersey dumped it into the zone. But Hart waited too long and passed it to Wood. The puck deflected off Wood to Mercer, who put it on his forehand and scored into a wide-open, vacated net. 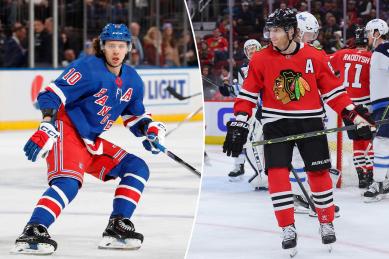 “Me and (Wood) did a good job on that and that ended up giving us good start to the third period and give us some life,” Mercer said.

Hart said there was a miscommunication with defenseman Nick Seeler.

Hughes scored a more conventional goal with 13:04 remaining to give the Devils a 3-1 lead. He maneuvered his way in close, shot off Hart’s mask with a backhand try and finished the rebound on the forehand for his team-leading 13th goal and 29th point. The tally gave him six goals and two assists during a five-game points streak.

Philadelphia thought it had tied it just 38 seconds later when Joel Farabee’s backhander crossed the goal line, but the goal was waived off because Morgan Frost interfered with Devils goalie Akira Schmid.

And the Devils hung on, despite not having their best performance.

“We’ve got a ways to go yet as a team,” Ruff said. “We weren’t very comfortable. You look at some of the plays that were a lack of composure, even late. You have to make a play under duress and we didn’t, so it just tells me we still have work to do as a team.”

Despite Philadelphia dominating play, New Jersey got on the board first when Zetterlund scored from close range 6:01 into the second period. It was just the fifth shot of the contest and first of the second period for the Devils, who had allowed 17 Philadelphia shots to that point. After Flyers defenseman Ivan Provorov turned the puck over behind the net, Wood passed in front to Zetterlund, who beat Hart for his fifth of the season.

The Flyers evened the score 1:40 later when Konecny finished a beautiful tic-tac-toe passing play with Noah Cates and Kevin Hayes on the power play, scoring on a wrist shot past Schmid’s blocker side. The goal snapped an 0-for-20 skid on the man-advantage for Philadelphia, which entered converting at a league-worst 13.3%.

Philadelphia continued to play a strong all-around game throughout the second period and entered the third outshooting the Devils 24-12. But scoring continued to be a problem for the Flyers, who are a minus-23 in goal differential.

Schmid, playing in his fifth game of the season and the 11th of his career, made 31 saves to improve to 5-0. He was 0-4 in six contests last year.

The 2000-01 Devils had the road winning streak record for the club. Detroit and Minnesota hold the NHL record. Detroit won 12 straight on the road during the 2005-06 season, and Minnesota matched the feat in 2014-15. … Wood returned to the lineup after missing Thursday’s 4-3 overtime loss to Nashville with an illness.