Did you know Katrina Kaif picked Kareena Kapoor for a same-sex relationship, over Alia and Deepika [Throwback]

There was a time when Katrina Kaif and Kareena Kapoor were the two most in-demand actresses of Bollywood industry. There were a lot of speculations of both the actresses ongoing cat-fight since both the actresses shared some sort of cold-vibes with each other which is quite common in Indian cinema.

When you have a great competition in front of you, it's common to have some kind of spat or rivalry between the two. Same was the case with Katrina and Kareena. 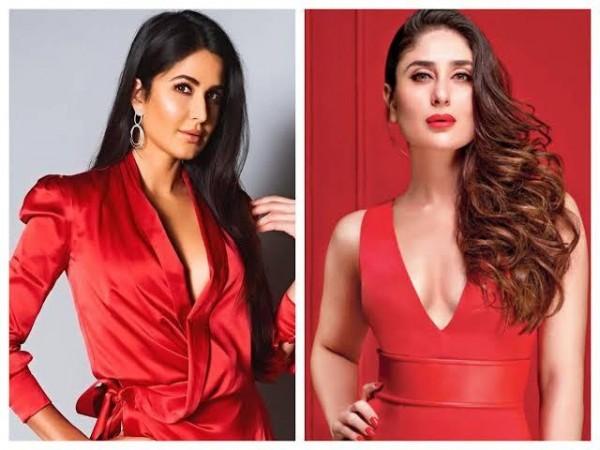 However, both the divas who were believed to be rivals professionally were seen bonding really well, after Kareena's cousin Ranbir Kapoor started dating Katrina Kaif. Quashing all kind of rumours their cat-fight both of the actress was often seen talking good about each other.

In fact, Kareena Kapoor went on to say that she will dance on Katrina's popular songs at Ranbir-Katrina's wedding on when she appeared on 'Koffee With Karan' along with Ranbir Kapoor.

From animosity to friendship: Katrina Kaif and Kareena Kapoor

But, since the things did not go well between the lovely couple, both Ranbir Kapoor and Katrina Kaif's breakup news came a shocking announcement for the paparazzi. 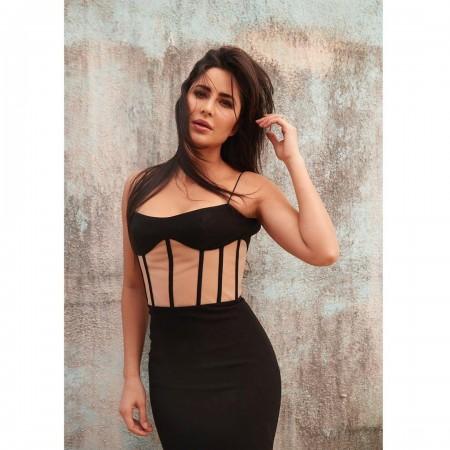 "I would really like to work with Kareena. I think she is really spontaneous, very dear and very beautiful," said Katrina.

When Katrina chose Kareena for a same-sex relationship

Miss Katrina made a big revelation on Zoom Tv's chat show 'By Invite Only', when quizzed to choose one actress with whom she would like to have a same-sex relationship. She first asked for choices, and later took Kareena Kapoor Khan's over the likes of Alia Bhatt and Deepika Padukone. 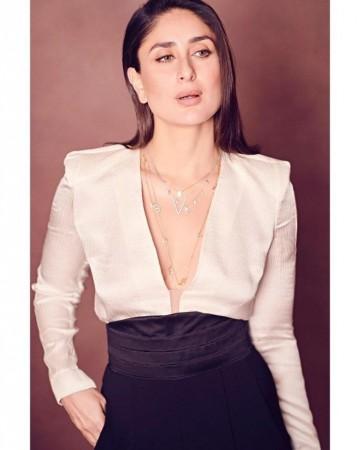 Not only did Katrina, but when Bebo was asked a similar question on Karan Johar's talk show, on who she'd pick if she were to have a gay encounter, even Kareena took Katrina's name

"I would be more comfortable with my sister-in-law, so I say, Katrina Kaif," said the actor

Well, that was something quite adorable of both of them to say and showed that even after Katrina Ranbir's breakup, their bond will never get affected.

Ronaldo dressed up as Aladdin, Georgina as a Power Ranger for the children's birthday
During a 6-hour shift, you can't drink, eat, or go to the toilet. Two monologues from the RPL about doctors who are fighting the virus
APL presented a calendar until July 2. Manchester City and Liverpool will play on this day
Wesley Sneijder: I Could have been like Messi or Ronaldo, but I didn't want to. I enjoyed life, they sacrificed a lot
The bus with the Benfica players was pelted with stones. Two football players were injured
Lillo will become Guardiola's assistant at Manchester City. They had already crossed paths in Mexico
Messi has a slight quadriceps injury. Lionel and Fati trained individually
Source https://www.ibtimes.co.in/did-you-know-katrina-kaif-picked-kareena-kapoor-same-sex-relationship-over-alia-deepika-820639

Abrams on why she hasn't joined protesters in person: I 'do what I can to support their message, but not to distract from their efforts'

What you need to know about coronavirus on Friday, June 5

The Electoral College won't save Trump if this keeps up

Navy Carrier Sidelined by Virus Back Operating in Pacific

Benglauru techie turns to Tinder for help; offers to go on date if coding issue resolved

Torii Hunter recalls 2012 incident with California police, claims officer asked him for tickets with gun in his back

Court Rules Against Planned Sydney Protest Due to Virus Fear

Ryan Williams, a 32-year-old black CEO, says America has been 'hallucinating' about racism and inequality. Until now.

DealBook: Are We Past the Peak?

Chris Wallace: Biden is the 'favorite' right now after 'very tough week' for Trump, US

Why Most Americans Support the Protests

Family of 6 found dead in vehicle in San Antonio garage

In the COVID-19 unit, saying goodbye to a mentor long distance

George Floyd fallout: As grocery stores and other businesses struggle to reopen, Chicago says it will start sending ‘emergency alerts’ to them

Grocery stores that closed during the George Floyd fallout start to reopen. But food remains elusive in some neighborhoods.

21-year-old describes being stabbed while trying to stop looting in Naperville. ‘I really don’t like where this world is going to. It’s going to a dark, evil place.’

Over 1,000 coronavirus deaths reported in the past 24 hours. Officials fear protests will drive up numbers

Exclusive: He quit his Facebook job because of Zuckerberg's inaction on Trump's posts

Where Police Reform Has Worked

Why is Sudeep not a part of Yash, Darshan, Puneeth starrer song Badalaagu Neenu?

Hubballi in Karnataka to get world's longest railway platform