ARLINGTON, Texas — DJ LeMahieu walked with a noticeable limp through the visiting clubhouse following Wednesday’s 4-2 loss to the Rangers, a game in which LeMahieu went hitless.

“I feel all right,’’ said LeMahieu, who is still dealing with the right toe inflammation that has bothered him for much of the second half.

Asked if he felt healthy enough to make an impact in the playoffs, LeMahieu paused and said, “Yeah, I think so.”

The foot remains sore, and he’ll have five more days to get treatment and his status will be among the most important decisions the Yankees make before the ALDS starts on Tuesday in The Bronx.

Aaron Boone sounded unconvinced when asked if he was confident LeMahieu would be able to contribute in the playoffs. 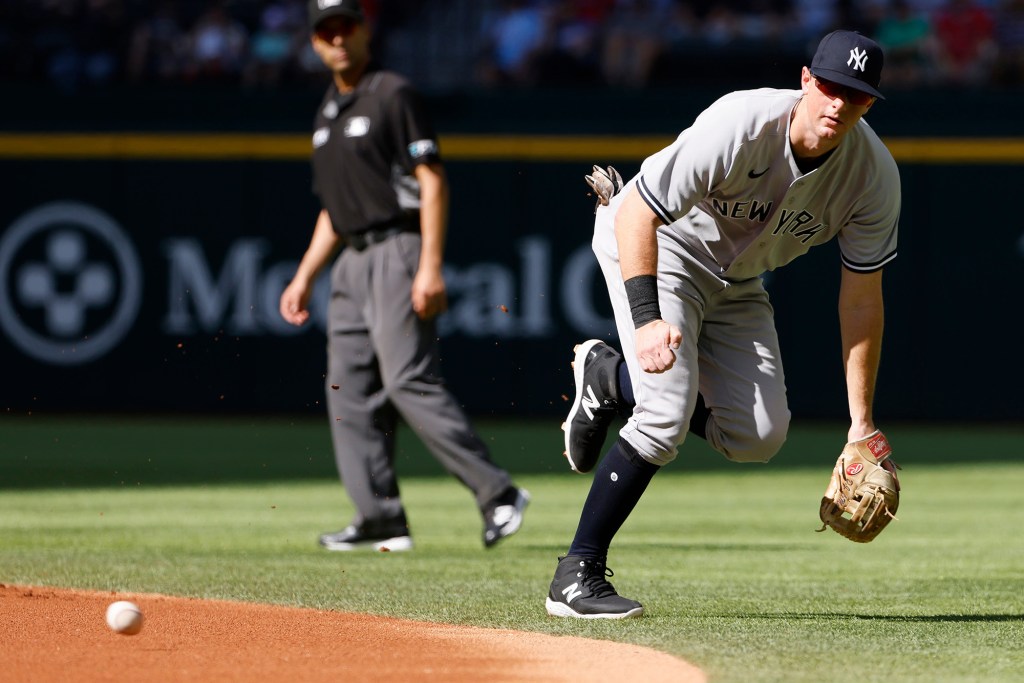 “This time in-between will be important,’’ Boone said. “I feel like he’s still guarded against it a little bit.”

Boone noted that the injury was “still there” and LeMahieu was “picking his spots” both on Tuesday — when he had a pair of hits — and Wednesday.

“You can see him favor it a little bit,’’ said Boone, who added he was hopeful “more strategic treatment” over the next five days will help LeMahieu get closer to normal.

“I needed to give it a go,’’ LeMahieu said. “I couldn’t shut it down and be ready to play playoff baseball. It was nice to get a couple games and just have some at-bats.”