Dozens of people were detained in central Istanbul after city officials banned LGBTQ pride marches, the organizers said on Sunday.

Turkey's largest city has banned marches since 2015, but nevertheless, a large number of people gather every year to commemorate the end of Pride Month. Organizers called the ban illegal.

"We won't give up, don't be afraid! We will continue to work online in a safe place," the Istanbul LGBTI + Pride Week Commission said on Twitter.

KaosGL, a prominent LGBTQ group, said just before 5 pm on the march. (1400 GMT) Police began detaining 52 people. The Pride Week Commission later stated that more than 100 people had been arrested.

There was no immediate word about the number of arrests from the police or the governor's office.

Locals slammed pots and pans through windows and balconies at a show to assist marchers as police helicopters circled overhead. 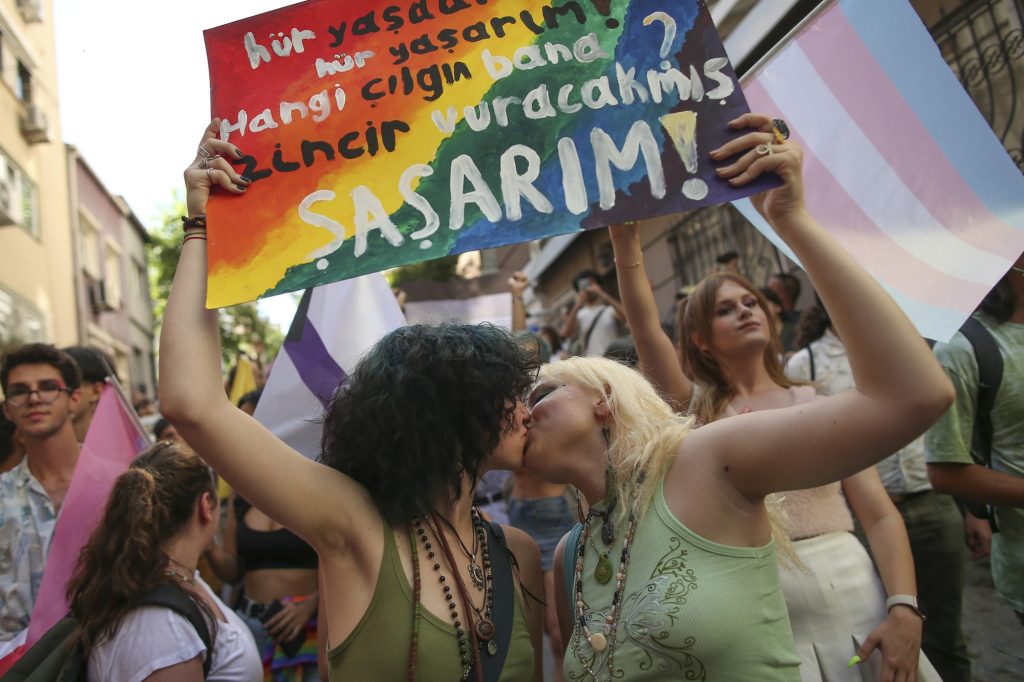 Metal fence and riot officers blocking the streets around Taksim The square and Istikral street in the Beyogul district, the center of the shopping and tourism sector in the city and the traditional gathering place for protesters.

The subway service around Taksim Square was closed hours before the march.

Turkey was previously one of the few Muslim-dominated countries to allow pride marches. The first event took place in 2003, the year after President Recep Tayyip Erdogan's party came to power.

In recent years, the government has taken a strict approach to public events by groups that do not express their religiously conservative views. Numerous police arrests and the use of tear gas and plastic pellets were accompanied by pride events.

Opposition demonstrations by nationalists and Islamists who claim the LGBTQ community is dangerous to "Turkish values" also threaten marchers.