Electric car owners have seen their rides catch fire after becoming waterlogged during Hurricane Ian and it can take hours to put the conflagrations out, a top Florida official warned Thursday.

As the Sunshine State recovers from the punishing Category 4 storm that made landfall last week, first responders have faced further destruction from electric vehicles that were submerged in water from the extensive flooding and later caught fire, Jimmy Patronis, Florida’s chief financial officer and state fire marshal, said on Twitter.

“There’s a ton of EVs disabled from Ian,” he tweeted. “As those batteries corrode, fires start.

“That’s a new challenge that our firefighters haven’t faced before. At least on this kind of scale.” 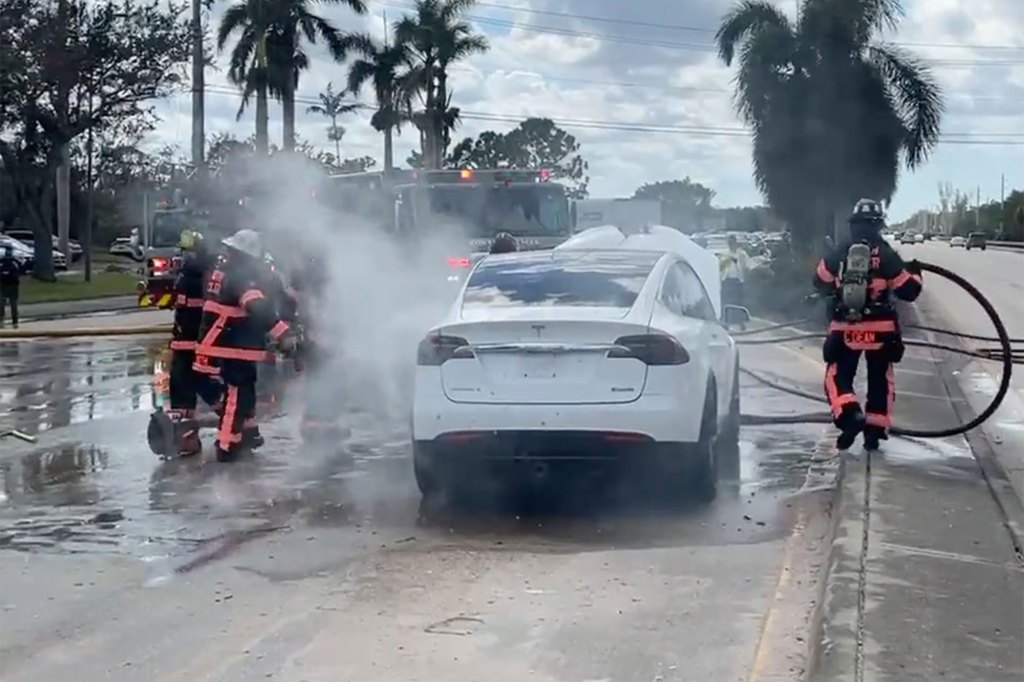 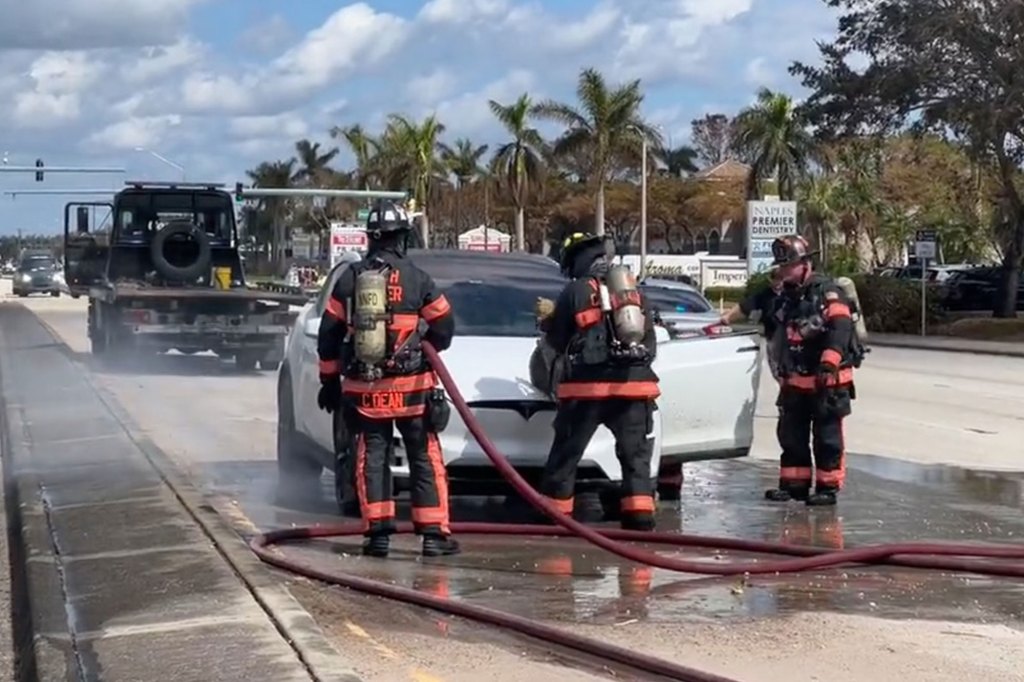 In his tweet, Patronis posted a video of firefighters with the North Collier Fire Rescue District in Naples putting an electric vehicle fire out as a bystander is heard saying it’s taken thousands of gallons of water to extinguish it.

“It takes special training and understanding of EVs to ensure these fires are put out quickly and safely,” Patronis tweeted.

Additional footage of the same vehicle fire posted on Facebook by the North Collier Fire Rescue District shows firefighters dousing the car’s top and underbelly with water to eliminate any sparks.

The rescue district said firefighters received the call while Patronis and state Rep. Bob Rommel visited the area. The two state officials were brought to the incident so they could see the difficulty of putting EV fires out and said it took firefighters hours to ensure the blaze was extinguished.

“This is an issue many fire departments across [southwest] Florida are experiencing right now,” the district wrote on Facebook. “These vehicles have been submerged in salt water; they have extensive damage and can potentially be serious fire hazards.”

Florida is only behind California for most electric vehicles on the road at more than 95,000 registered in the state, according to the US Department of Energy.

Rebuilding from Hurricane Ian is expected to cost billions of dollars, officials have said.