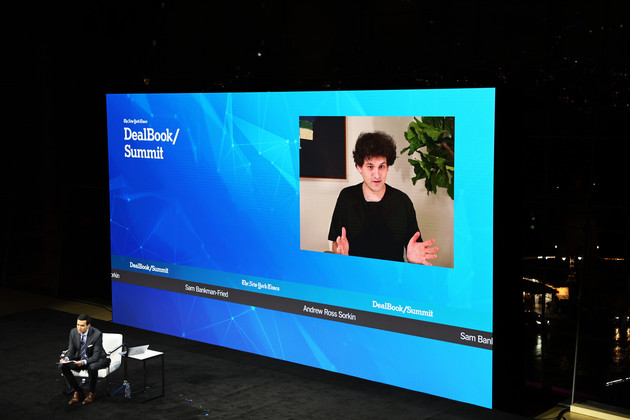 Disgraced crypto titan Sam Bankman-Fried indicated Wednesday that he might be willing to appear before Congress about the failure of his exchange FTX, as he admitted there was little he could do to help customers burned by the collapse.

“I don’t know what’s going to happen and a lot is not in my hands at this point,” Bankman-Fried said in an interview with Andrew Ross Sorkin at the New York Times DealBook Summit.

Bankman-Fried’s interview at the conference — where he spoke via livestream from an undisclosed location in the Bahamas — marks his most high-profile public appearance since his $32 billion dollar crypto exchange filed for bankruptcy earlier this month. The company’s implosion triggered a digital asset market crash, took down other startups and made Bankman-Fried a target for federal investigators.

In an hour-plus conversation, the 30-year-old former billionaire claimed that he’s now down to his last $100,000 and one working credit card. He said he no longer has access to company accounts or records and that he’s still unclear on key facts around what caused the sudden implosion of his investment empire, which included scores of exchanges, holding companies and a major crypto hedge fund.

Despite pleas from his lawyers to stay quiet, and possible criminal liabilities, Bankman-Fried has continued to tweet, comment and speak publicly about the missteps that may have contributed to FTX’s bankruptcy.

“The classic advice, right, is don’t say anything, recede into a hole,” Bankman-Fried said. “I have a duty to try to do what’s right to help customers out here.”

Bankman-Fried signaled he’d be willing to testify if called by Congress. The House Financial Services Committee will hold a hearing on FTX on Dec. 13, and Chair Maxine Waters (D-Calif.) has said she’d like to hear from Bankman-Fried.

“I would not be surprised if I’m up there talking about what happened to our representatives,” he said.

FTX’s new CEO and restructuring officer John Ray III has painted a damning picture of Bankman-Fried’s management of the company in bankruptcy filings.

The company had no centralized processes for managing its cash. Top executives, including Bankman-Fried, routinely took out loans for investments ranging from Bahamian real estate to digital startups. Software was installed to conceal the misuse of customer funds. Billions of dollars in company assets are still unaccounted for.

Bankman-Fried’s multibillion-dollar investment empire fell apart earlier this month after reports surfaced that Alameda Research, an affiliated hedge fund he also owned, had loaded its balance sheet with a little-used token issued by FTX. A mass selloff of the token obliterated Alameda’s finances, and customers pulled their funds from FTX en masse.

In Wednesday’s interview, Bankman-Fried claimed that Alameda had built up a massive investment position on FTX and when the hedge fund’s balance sheet blew out, it created a massive hole that the exchange was unable to fill.

Bankman-Fried on Wednesday declined to directly address whether he used customer funds — as has been alleged — to plug holes in Alameda’s balance sheet as crypto prices tumbled over the last year. He conceded that many of FTX’s customers had initially started their accounts with the exchange by wiring money to Alameda.