Denmark's Queen Margrethe, Europe's only reigning queen and the continent's longest serving monarch, on Wednesday stripped four of her eight grandchildren of their titles, the palace announced.

The official reason was to allow the four children of her youngest son, Prince Joachim, to live more normal lives, and follows similar moves by other royal families in Europe to slim down their monarchies, the palace said.

"As of January 1, 2023, the descendants of His Royal Highness Prince Joachim will only be able to use their titles of Count and Countess of Monpezat, their previous titles of Prince and Princess of Denmark ceasing to exist", the royal palace wrote in a statement.

Prince Joachim, 53, has four children from two marriages: Nikolai, Felix, Henrik and Athena, ranging in age from 23 to 10. 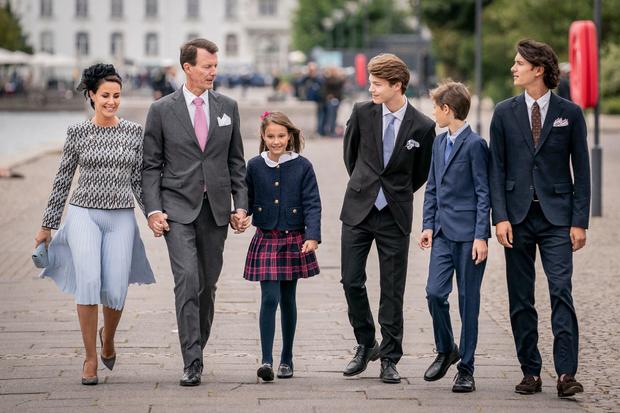 "With her decision, Her Majesty the Queen wants to create a framework for the four grandchildren, to a much greater degree, to be able to shape their own existence without being limited by the special considerations and obligations that a formal affiliation with the Royal House as an institution implies", it said.

"The queen's decision is in line with similar changes that other royal houses have carried out in recent years in different ways", it added.

The mother of Prince Joachim's two eldest sons told Danish media she was "shocked" by the decision.

"This came from out of the blue. The children feel excluded. They can't understand why their identity is being taken from them," Countess Alexandra told daily B.T.

The queen's four other grandchildren, born to Crown Prince Frederik, 54, will retain their titles but when they come of age only the future king, Prince Christian, will receive an appanage, a decision taken in 2016. 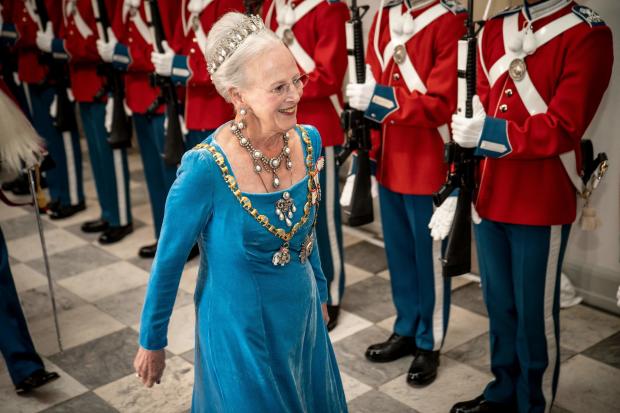 Queen Margrethe of Denmark reviews an honour guard as she arrives to the gala banquet at Christiansborg Palace on September 11, 2022, during celebrations to mark the 50th anniversary of her accession to the throne.  MADS CLAUS RASMUSSEN/Ritzau Scanpix/AFP via Getty Images