The woman who allegedly helped Florida Gov. Ron DeSantis arrange migrant flights to Martha’s Vineyard has been identified as Perla Huerta, a former US Army combat medic and counterintelligence agent, according to reports.

DeSantis sent the asylum-seekers to the swanky community to show solidarity with Texas Gov. Greg Abbott’s campaign to bus migrants to Washington, DC, New York City and Chicago in a bid to pressure Democrats into tightening border policies.

One migrant, who identified himself only as Luis, previously said he and his family were approached outside a San Antonio shelter by a woman named Perla, who offered them a flight to Massachusetts, support for 90 days, help with work permits and English lessons.

The woman has now been identified as Perla Huerta, who served tours in Afghanistan and Iraq and was discharged last month after two decades in the US Army, The New York Times reported, citing her military records. 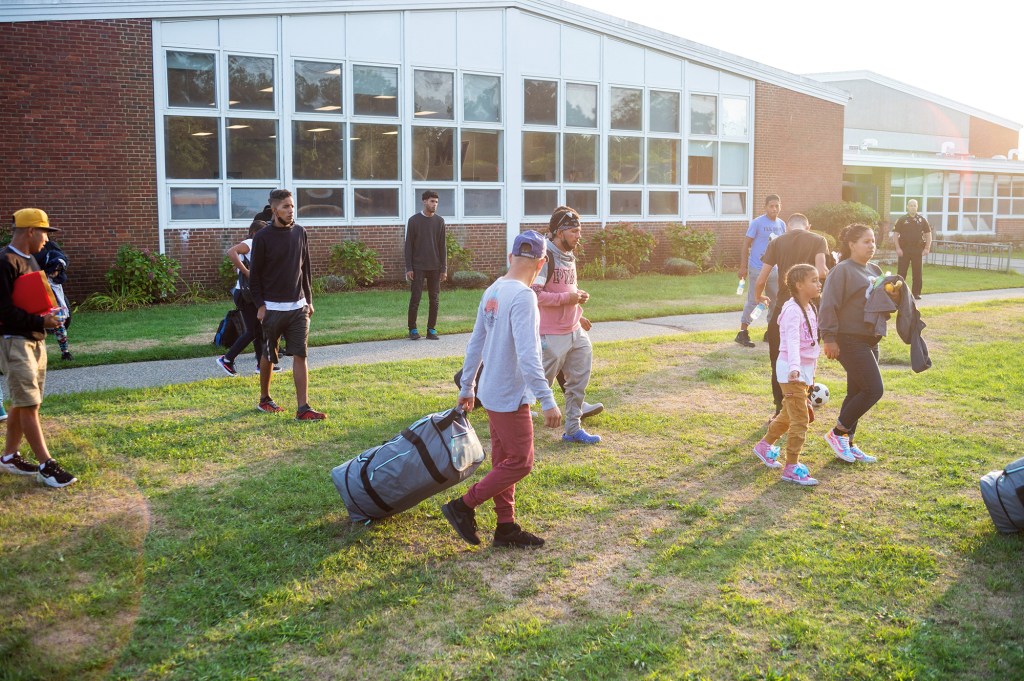 A person briefed on the San Antonio sheriff’s office probe into the matter confirmed her identity to the newspaper.

Several of the migrants on Martha’s Vineyard photographed Huerta — who lives in the Tampa area — while they were being recruited San Antonio, Rachel Self, a lawyer representing the migrants, told The Times.

A friend of Huerta also confirmed to CNN that the woman seen in a photo a migrant provided to the network is Huerta. 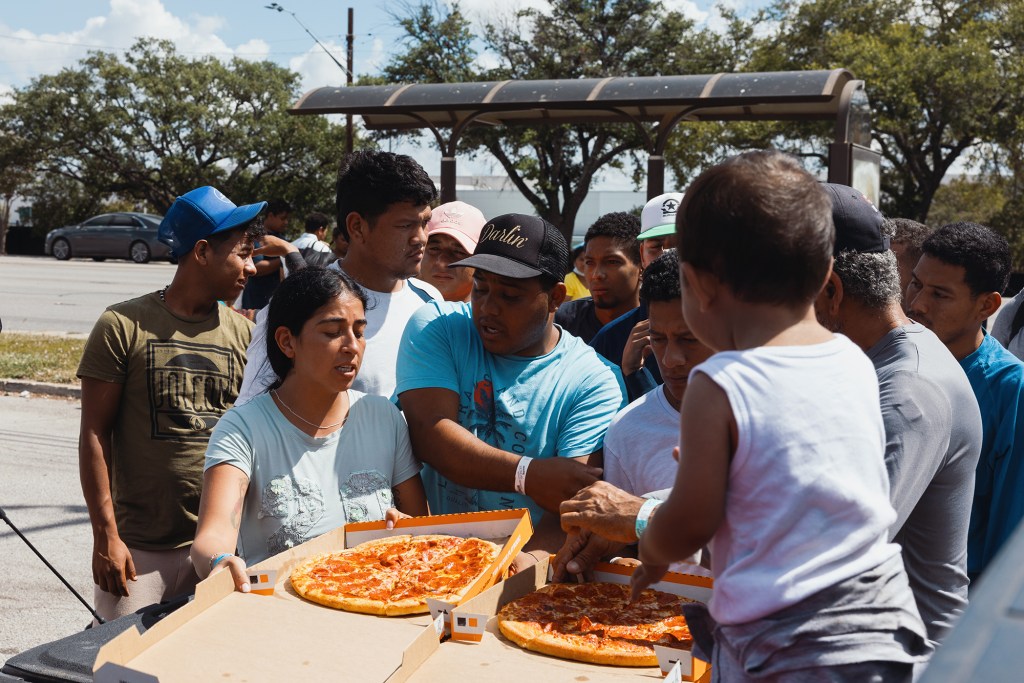 The two news outlets said they have been unable to reach Huerta.

A man who said he worked with Huerta told The Times that he first met her on Sept. 10 outside the Migrant Resource Center in San Antonio, where she asked him to help her recruit other migrants.

He said she never mentioned working on behalf of the Sunshine State.

“If I had known, I would not have gotten involved,” the man told the paper, adding that all he was told was that Huerta “wanted to help people head up north.” 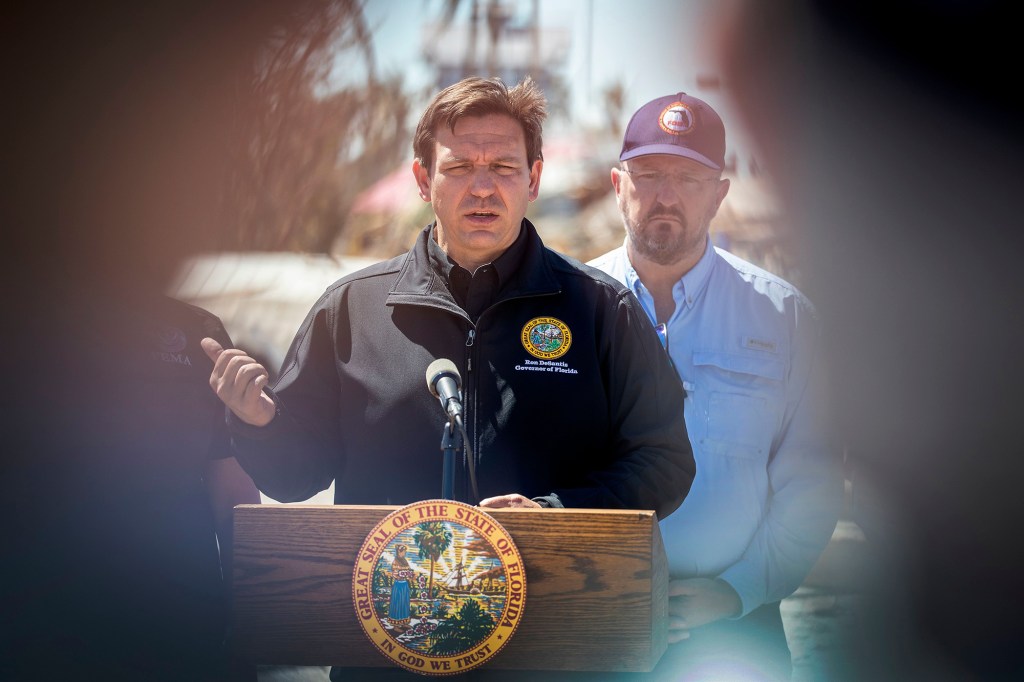 The woman provided the migrants with free meals at McDonald’s and a place to stay at a La Quinta Inn before the flight to Massachusetts, according to The Times.

The asylum-seekers were reportedly given a folder containing a map of the US and another in the shape of Martha’s Vineyard, as well as a brochure titled “Refugee Migrant Benefits” in English and Spanish, the paper said.

The brochure, reviewed by The Times, promised “up to eight months of cash assistance” for “income-eligible” refugees in Massachusetts.

“We were tricked in Panama, Costa Rica, Nicaragua, Mexico — and then in the United States,” Carlos Guanaguanay, 25, who was approached by the woman in San Antonio, told the paper. 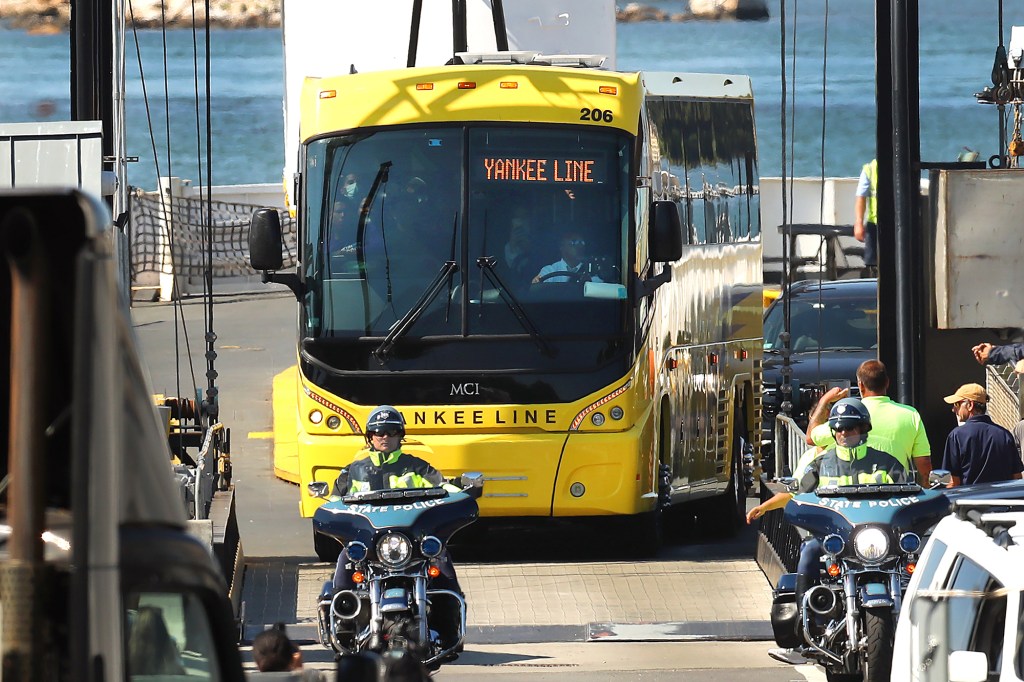 The migrants who were recruited in San Antonio landed first in Crestview, Florida, and then in South Carolina before reaching Martha’s Vineyard on Sept. 14, the outlet said.

An airline charter company called Vertol Systems was paid $615,000 on Sept. 8 and $950,000 less than two weeks later for the flights to Martha’s Vineyard, The Times reported, citing Florida state records.

State officials have acknowledged only the initial flights and have not addressed plans for others, the outlet said.

Vertol owner, James Montgomerie, did not respond to messages from the paper seeking comment.