“He had no emotion, no sense of concern,” paramedic Erin Lambert told jurors in the Riverhead courtroom, saying Valva “kind of stood in the background the entire time.”

“There was no crying,” Lambert said. “Most parents panic and freak out in a situation like that. There was nothing like that. Most of the time parents are screaming, crying, jumping on me, begging me to save their child.”

“There were no tears. There was no emotion,” the paramedic testified. “Somebody, a staff member came into the room and asked him if he needed a drink, a chair, to make a phone call.

“He turned and said, ‘No, I’ve been in more stressful situations.'” 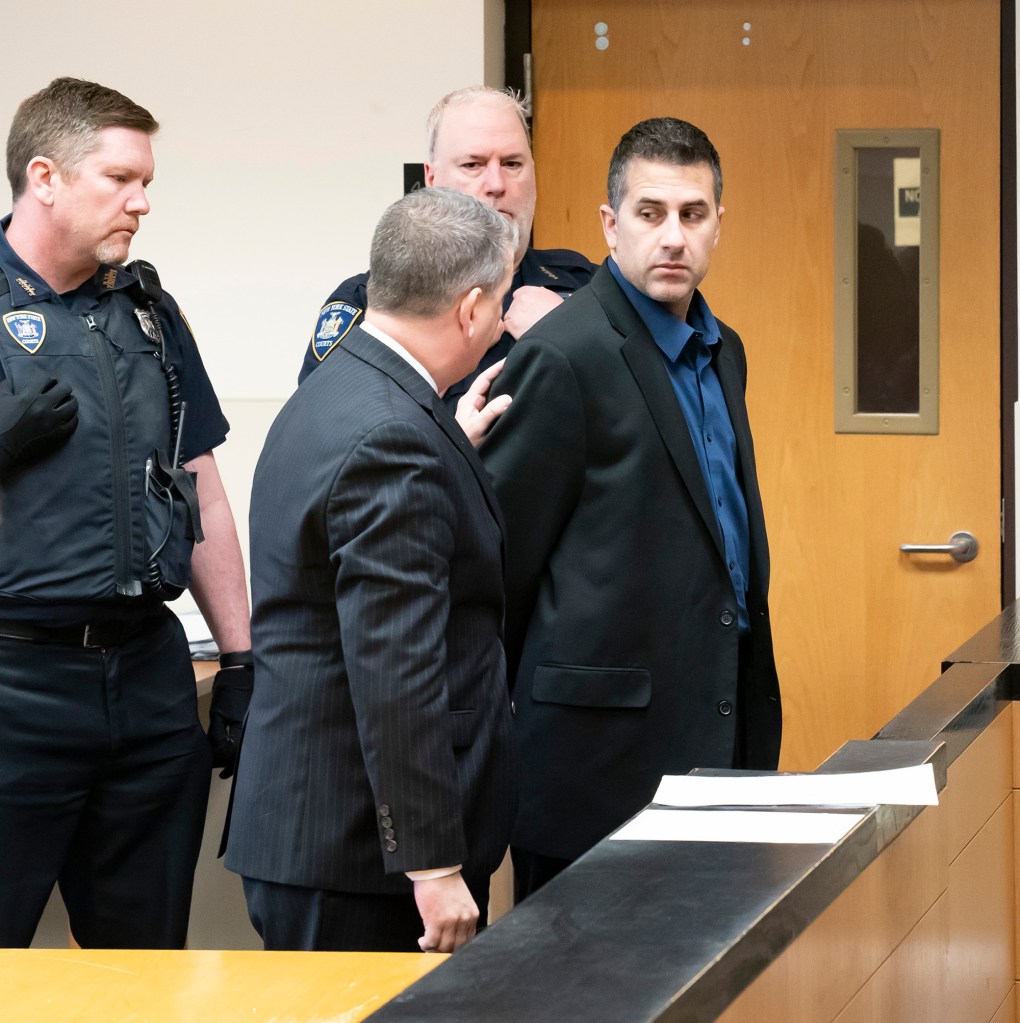 Valva, 43, is on trial for murder in the freezing death of his son, Thomas Valva, who died after allegedly being locked in an unheated basement as punishment for having soiled himself.

The ex-cop claimed to first responders that he put his son in the shower after the boy ran into a doorframe and cut his face and head — and that he later found little Thomas unresponsive, Lambert testified Thursday.

But authorities said Thomas died as a result of hypothermia after being locked in the garage at the Central Moriches home for 16 hours amid frigid temperatures.

During opening statements, Wednesday, Valva’s lawyer Anthony La Pinta said his client’s then-fiancée Angela Polina was responsible for the fatal abuse and refused to let him provide Thomas with a blanket and other amenities prior to his death. Polina is being tried separately on the murder charges.

“I will beat them until they bleed,” Newcombe said Valva tested Polina before the incident. “It’s the only thing that works.”

Newcombe said the two boys were so badly neglected that they had to scrounge through garbage cans at school to eat.

The trial is expected to last about three weeks.