Human moderators at Facebook made the decision to temporarily limit distribution of the New York Post's Hunter Biden story on the platform, Facebook confirmed to Fox News.

Internal documents obtained by the Guardian show that Facebook's fact-checking system uses both artificial intelligence (AI) and human fact-checkers to flag articles that may be subject to fact checks. In some cases, articles from popular websites like the Post may be manually referred to fact-checkers "with or without temporary demotion."

Facebook fact-checkers manually added the New York Post article to its queue, and reduced distribution of the article for a short period while reviewing its contents, the Guardian reported, citing the documents.

"We can do this on escalation and based on whether the content is eligible for fact-checking, related to an issue of importance, and has an external signal of falsity," the documents read, according to the outlet. 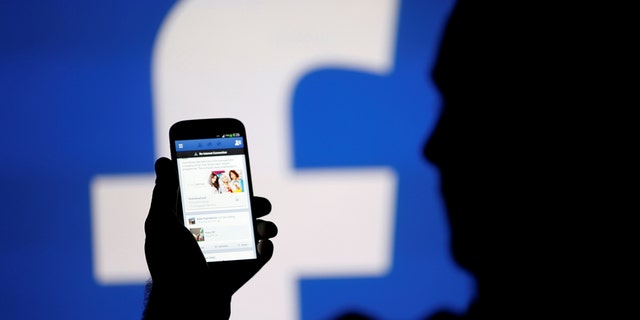 A man is silhouetted against a video screen with a Facebook logo. REUTERS/Dado Ruvic

A Facebook spokesperson told Fox News that Facebook has "been on heightened alert because of FBI intelligence about the potential for hack-and-leak operations meant to spread misinformation."

"Based on that risk, and in line with our existing policies and procedures, we made the decision to temporarily limit the content’s distribution while our fact-checkers had a chance to review it," the spokesperson said.

When fact-checkers did not rate the story, Facebook "lifted the demotion."

The Post on Oct. 14 published emails recovered from a laptop purportedly belonging to 2020 Democratic nominee Joe Biden's son, Hunter. Trump attorney Rudy Giuliani shared the contents of the laptop with the outlet.

Documents also show that Facebook keeps a list of "content in the top 5,000 most popular internet sites" called "Alexa 5K," which are less subject to censorship or distribution limitations "under the assumption these are unlikely to be spreading misinformation," according to The Guardian.

"Generally, we take action on misinformation rated by fact-checking partners by reducing its spread and surfacing more information to people," Facebook's fact-check policies state. "However, we will remove misinformation if it violates our Community Standards, including misinformation and unverified rumors that could contribute to the risk of imminent violence or physical harm, voter and census interference content, and certain manipulated videos..." 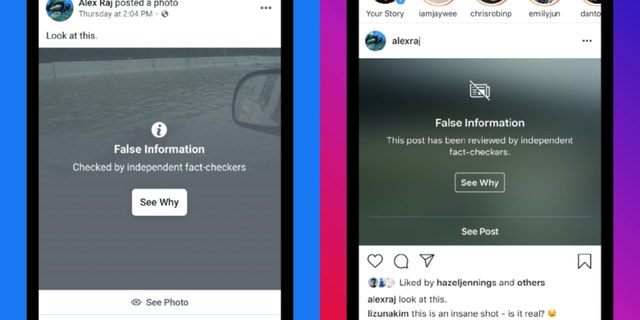 New measures include a temporary block on political ads, a voting information center, automatic labels on posts about voting and the U.S. election, additional security for official candidate accounts and additional page transparency.

Facebook removed 50 networks of coordinated inauthentic behavior worldwide this past year and helped more than 4 million Americans register to vote.

The tech giant faces pressure from Congress and other politicians to simultaneously censor misinformation and hate that could lead to violence, while reducing censorship on American news media and politicians, which Republicans argue targets conservative views and users unfairly.

I didn't see the greatness of Maradona at all. But I can't stop thinking about it
Carvajal will miss 4 matches of Real Madrid and plans to return to the Derby with Atletico
Messi always went a lot without the ball. Best of all, this problem was solved Guardiola
Trent on the Premier League calendar: something Needs to change. We do not have time to recover, it leads to injuries
Emir Kusturica: Ronaldo is an ideal, he earned a lot of money, but where is his personality? What can he tell you? Nothing
Maradona is the best dribbler with a phenomenal number of goals and assists. But is it true that he won Serie A alone?
Italian championship. Juventus will play Benevento, Atalanta Miranchuk against Verona, Inter away to Sassuolo
Source https://www.foxnews.com/politics/facebook-manual-limit-new-york-post-hunter-biden

Fact-check: No, Joe Biden is not apologising to George Floyd's daughter in viral picture

Madhavan in talks to star in this industrialist's biopic post 'Rocketry: The Nambi' | Deets inside

Over 40 residents displaced after fire at Leisure World of Maryland

Los Angeles County, where the virus is surging, urges residents to stay home.

All Blacks pay tribute to Maradona before match vs. Pumas

'Coolie No. 1' trailer out: Netizens unhappy with Varun Dhawan, name him 'Overacting No 1' | Watch

City revises plans on emergency mental health responses, will fund pilot that does not include police

Column: Songs of Good Cheer is going virtual. Here’s everything you need to know to join our annual holiday singalong

Arrest after 7 years finally gives South Side mother hope for justice for her slain daughter. ‘I just kept saying, thank you, Lord.’

Covid-19 is increasing demands on nonprofits. Here are three ways you can help this Giving Tuesday

Trump Biographer Hits President Where It Hurts: Can’t Even Succeed At Being A Loser

Ten years on from humiliating Real Madrid 5-0, Barcelona is a club in turmoil

How to Build a Guitar

Carter Estes: Effort to ban Trump officials from Harvard is a dangerous attack on free speech and education

Top Contenders for Biden’s Cabinet Draw Fire From All Sides

Arizona Settles In to Life as a ‘Magenta’ State

In 2020, Obamacare proves its a survivor during a time of need

Europe's ski resorts are facing the 'season from hell'

Mike Tyson vs. Roy Jones Jr.: Everything you need to know about the fight

NYC couple has given 10,000 backpacks, 200 gallons of sanitizer to homeless during pandemic

SGIFF: ‘The Salt in Our Waters’ Explores Man vs Nature in Bangladesh

US is 'rounding the corner into a calamity,' expert says, with Covid-19 deaths projected to double soon

Biden Win Means Some Guantanamo Prisoners May be Released

As Hiking Surges During the Pandemic, So Do Injuries

Giants and Jets fans can feast their eyes on these prospects

There will be no Pinstripe Bowl this season

Here's how Earth looked to astronauts aboard the SpaceX capsule

Biden’s win means some Guantanamo prisoners may be released

Cindy McCain eyed by Biden for US ambassador to the UK: report

Bidens, DOTUS to be joined by a cat in the White House: report

One dead, another hospitalized in critical condition after mall shooting

One person dead, another hospitalized in critical condition after Sacramento mall shooting