The Australia Letter is a weekly newsletter from our Australia bureau. Sign up to get it by email.

By this time last year, I had already written my first bush fire story of the season — with a headline that called the destruction of the Binna Burra Lodge an omen of the future.

Now, watching another round of unprecedented blazes destroy the American West, I’m reminded of all the interviews I did with scientists who have been telling the public for decades that climate change will make the worst fires hotter, bigger and more frequent.

They were right. They are still right. And the consequences, like clouds of smoke, reach further and linger longer than most of us would have imagined.

That’s one of the things I took away from a recent trip to the South Coast for a story about preparations for another fire season. What I found was that — in an area where you can’t drive more than a few minutes without seeing blackened trees — any thoughts of the future are being colored by the recent past.

Mentions of last year’s fires came up in almost every conversation I overheard in cafes. Recovery, healing, kindness, prevention and paranoia all burst into view as the urge to take control of something, anything, has led to a surge of preventive burning, chopped down trees and never-ending calls to tell fire officials about potential hazards.

Are neighbors burning too much? Too little? Both lead people to ring 000 for help.

“People have started seeing the bush in a very different way,” said Angus Barnes, the operational officer for the Rural Fire Service in Moruya.

We were sitting in a back room at the fire shed, with a map spread out on the table from January showing huge blobs of fire. A call came in on his radio about someone burning leaves on their property. Then another about smoke.

“There’s heightened anxiety about fire in the community,” he said. “We’re trying to explain to people that this year is different. By this time last year, we were already chasing fires.”

But for many, the landscape will never look quite the same again. “There’s still a lot of fuel around,” resident after resident told me. Downed trees, dead and ready to combust. Swaths of forest that escaped the fires last year, sitting near vulnerable homes. Even grasses now look like sparks for bigger blazes.

And the intense focus on the land has upended human relationships too. There are more arguments in families and among neighbors. There are friends who have simply left for good without saying goodbye, their fears, sadness or losses getting the best of them.

No one seems to have much faith in the government either, especially when it comes to climate change, which the country’s leaders continue to shrink from discussing like mumbling teenagers asked about overdue homework.

But there are also signs of resilience and changes at the local level that could grow into strength over time.

Mr. Barnes said there were 438 new recruits for the Rural Fire Service on the South Coast — a surge unlike anything seen before.

A group of Walbanja elders who conduct cultural burns that focus on sustaining native plants and wildlife also told me that their services have been in high demand over the past few months, suggesting that Aboriginal knowledge about fires is finally getting the respect it deserves.

“We’re happy to have more people come on board to learn,” said Andrew White, an Aboriginal land manager who has been doing the burns. “We see it as a way to heal country, get community involvement, and heal the community too.”

Julie Taylor Mills, who has worked with Mr. White and his team for a handful of small burns on her 40-acre property in Meringo, said there are new models of interaction emerging. People are walking in the dark toward a climate-changed future.

“It’s really complicated,” she said. “No one’s got their head around it.”

How are you handling or preparing for Australia’s changing climate? Tell us at nytaustralia@nytimes.com.

Now here are our stories of the week. 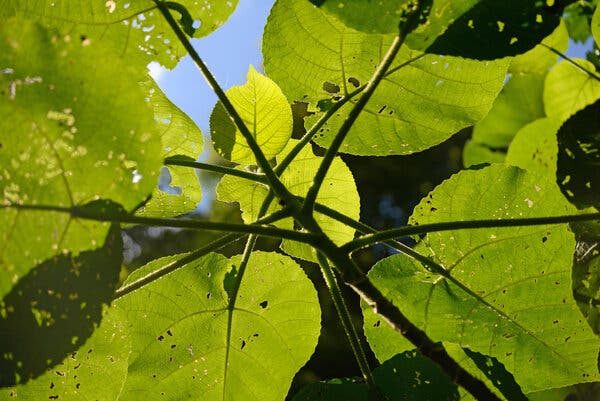 Australia’s giant stinging trees deliver a biting pain that can last for hours, days and possibly months.Credit...Peter Righteous/Alamy
An Afghan girl, 10, with her 1½-year-old sister.Credit...Jim Huylebroek for The New York Times

Klopp on the win over Ajax: it wasn't radiant football, but we scored three points
Bayern scored 4+ goals in the 20th match at Flick. He has managed the team for less than a year
Bayern extended their record streak to 12 consecutive wins in the Champions League
Serie A clubs won 3 matches out of 4 in the opening round of The Champions League. Only Inter drew
Miranchuk made his debut for Atalanta, coming on as a substitute in the Champions League game with Midtjylland
Miranchuk scored on his debut for Atalanta, coming on as an 80th-minute substitute
Lukaku has scored 9 consecutive games in European competitions. He has 10 goals in that time
Source https://www.nytimes.com/2020/09/19/world/australia/fire-lessons-south-coast.html

On Screen And Off, Women Are Reshaping Political Documentaries

Rudy Giuliani is in the new 'Borat.' Here's what to know about his controversial scene

Record numbers are voting by mail. Here's when states can start processing those ballots.

Cleaning company is more profitable than it was pre-COVID

Donald Trump’s Family Should Not Be Allowed at the Debate

Hugh Grant jokes about cutting his kids' hair in quarantine: ‘I just strapped them to a chair’

How to read Pope Francis' message of love for LGBTQ people

Tori Spelling reveals she was bullied for her looks by 'internet trolls' while on 'Beverly Hills, 90210'

Fauci and Trump spoke during the President's Covid-19 recovery

'Originalism' isn't what you think it is

Harris Defends Biden Amid Attacks on His Son: He Does Not ‘Talk About Other People’s Kids’

Burrow doesn’t expect second shot at Browns to get ‘weird’

Gómez in control as Atalanta wins 4-0 at Midtjylland

Get AllSaints sweaters, tees and jeans up to 70 percent off right now

High-profile streamer Quibi is shutting down after subscriber struggles

W.H.O. Numbers Show Cases Of The Flu Are Low So Far

Even African Americans can be racist; here's definitive proof [Watch]

Trump Is The Biggest 'Superspreader' Of Anti-Asian Racism, Advocates And Scholars Warn

A return to Sherwood for Tiger, Mickelson but few others

Meadows: An Investigation of Hunter Biden Is ‘Not Necessarily at the Top of Our Priority List’

Census says deadline can be reached with tech, nonstop work

US surgeon general to plead not guilty in Hawaii virus case

California man arrested after wife found dead in her car

The Case for Panicking

JPMorgan is taking on Square with a new card reader

A word about stimulus willy-nillyness

With Dwindling Time to Turn the Race Around, Donald Trump Taps into Positive Thinking

Stream It Or Skip It: ‘537 Votes’ on HBO, a Slick-but-Terrifying Account of Florida’s Role in the 2000 Election

Dodgers Vs. Rays Game 2 Live Stream: How To Watch The 2020 World Series Live

Chris Wallace: 'Surprising' Biden is not campaigning with two weeks until Election Day

Doug Schoen: Biden's ahead in polls — but so was Hillary Clinton. Can Trump still win?

Tesla reports another quarterly profit, but its growth may be slowing.

Mitt Romney says he did not vote for Trump

J. Michael Lane, a General in the Rout of Smallpox, Dies at 84

Column: Trump stands accused of defamation. An obscure law may let him skate

Band of Bohemia is the latest Chicago restaurant closing due to the COVID-19 pandemic’s economic toll. Here’s our running list.

A previously unknown human organ may have been discovered by scientists

How to Survive Election Night

The coronavirus pandemic will get better next year but first we're going to have a 'horrible winter,' top doctor says

Uyghur crisis a genocide; How Canada could make China pay for its atrocities

Stan Van Gundy Hired as Coach of the Pelicans