Many students across America can expect to read or listen to speeches by Martin Luther King Jr. during Black History Month, but in Oakland, Calif., they go beyond just reading. In the annual Dr. Martin Luther King, Jr. Oratorical Festival, students perform those speeches, as well as poetry and monologues they wrote, and compete for ribbons in various categories. The new HBO documentary We Are the Dream: The Kids of the Oakland MLK Oratorical Fest, debuting Tuesday at 7:00 p.m. ET, follows students rehearsing for the competition last year, which marked its 40th anniversary.

Here, TIME talks to the producer of the festival for the past six years, Awele Makeba, about the drama behind the scenes of last year’s festival, and how the competition is not just about learning about black history, but also what children learn about themselves.

The documentary is about the 40th anniversary of the festival, and finals for this year’s competition are on Feb. 23. What was going on in history 41 years ago that led to its establishment?

Donald Oliver, the festival’s founder [and a former school principal] felt the testing and reading score data did not truly lift up students abilities. [In the contest,] you get to see students who have comprehended texts, analyzed it, who have taken it from the page to the stage. They are learning those skills.

Oakland also has this very rich history of activism over time and resistance to racism. From the ’60s going into the ’70s, you see an incredible amount of speaking out. A very strong contingency of now veterans of the civil rights movement left the Bay Area and went down to the South [during the civil rights movement]. You have the Black Panthers originating out of Oakland and their work speaking truth to power. Then you have San Francisco State University jumping off with its ethnic studies and black studies departments, as well as the civil rights movement and peace movement happening on the Cal campus. So I think all of that plays a role in why this oratorical festival happened in Oakland.

How has the festival evolved?

Students now both do monologues and scenes, not-so-famous speeches and poetry by people who are continuing Dr. King’s legacy. I’ve also added a dance party between the last performer and winners’ announcement, because it’s so hard to get to the district level for this competition, so we celebrate.

We’ve had severe budget cuts, and we haven’t had the funds that we need. Now we’re working with half of the budget we usually get. In fact, during the filming of the documentary, there was a teachers’ strike. Last year Oakland was one of the many districts that had a big teacher strikes. We were scheduled for a visit by HBO at the time of the strike, and we made a big decision we wouldn’t cross the line, so we pushed the date back for the oratorical festival finals until the strike was over.

Get our History Newsletter. Put today's news in context and see highlights from the archives.

For your security, we've sent a confirmation email to the address you entered. Click the link to confirm your subscription and begin receiving our newsletters. If you don't get the confirmation within 10 minutes, please check your spam folder.

Step Into History: Learn how to experience the 1963 March on Washington in virtual reality

What are the most popular Martin Luther King Jr. works chosen?

We do get his “I Have a Dream” speech, his “Letter from a Birmingham Jail,” his [anti-Vietnam War] speech at Riverside Church.

What do you want students to learn about King’s legacy by participating in this competition?

There’s the introduction to Dr. King and then there is adopting his philosophy as a way of being. How do we move from this tradition of celebrating and honoring Dr. King to truly embracing and adapting it for our own lives? That’s one of the dreams I have as an educator, especially in urban school districts.

I was touched by scenes of students who are immigrants talking about what MLK and his philosophy means to them.

It’s so beautiful to see that young man thinking about who Dr. King is and asking his Sri Lankan parents questions about himself, his culture and his history, trying to take the meaning and understanding of King to a deeper level to understand his origins and what it means to live King’s words. It’s not just about a speech.

Why do you think these speeches from the 1960s resonate with kids today?

The social-justice issues our community is facing continue from that time. We’re still fighting to dismantle inequitable structures and institutionalized racism, [and for] just immigration policies and practices. The March on Washington was about [equality in] jobs, homes, quality education. White supremacy is still alive unfortunately. Ask students if they know someone who has been incarcerated, and probably 80% of them will raise their hand. Middle schools and high schools have lost students to human trafficking. Our kids know ICE raids. Our city is a sanctuary city and our schools are sanctuary schools. They’re living this. 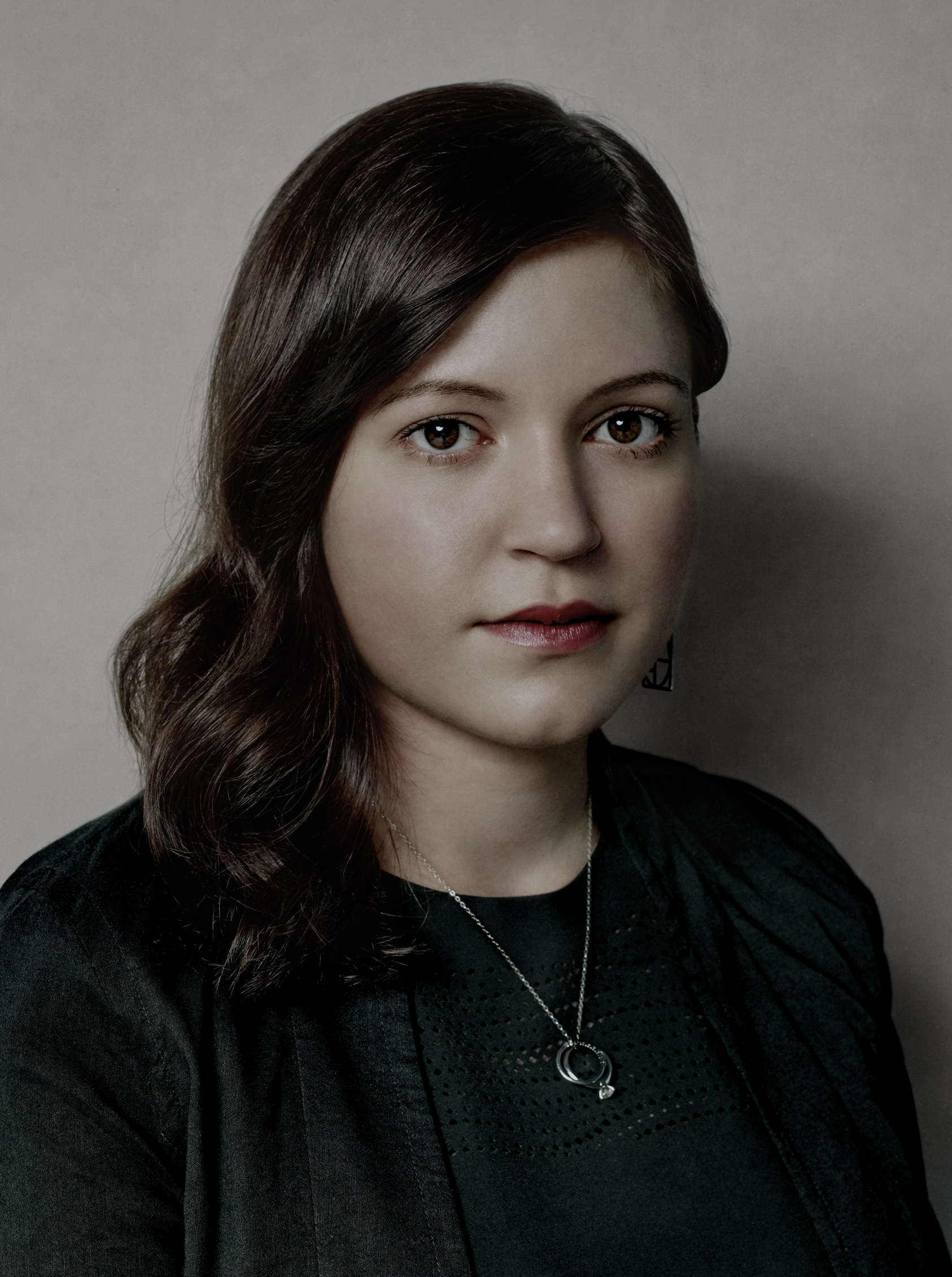 I Exposed Harassment at Uber. The Aftermath Was Terrifying

Susan Fowler reveals what happened after her blog post about gender discrimination at the startup went viral.

Why is this public speaking competition important?

Everyone’s voice matters. One of the most important things for anyone, to be seen and to be heard and to be validated, to recognize and affirm our humanity. I think that it brings together a very diverse community when things can be very divisive and communities separate. We come together and celebrate each other and love on each other. The documentary does all of that for us.

What kind of impact do you hope this documentary about a local competition will have on a national audience?

As they listen to the voices of the young people, maybe asking themselves how are they making their own communities better. What are life lessons from Dr. King and the legacy of King in own their communities? Think about how we make space for young people to speak and be heard and to be taken seriously, or just to be able to share. We program things so much for them; we don’t kind of sit back and see what they want. It is our dreams that make us.

Write to Olivia B. Waxman at olivia.waxman@time.com.

Thousands of grounded planes. Nearly empty fights. How the coronavirus is affecting US airlines

How to handle coronavirus dead bodies? Most important tips everyone must know

On Wall Street, some optimism penetrates the uncertainty

SeaWorld is temporarily furloughing over 90% of its employees

COVID-19 Diaries: A Surreal Trip From Bogota to San Francisco

Coronavirus patients taken off ventilators after getting experimental HIV drug

How do you help a couple celebrate their 70th anniversary during coronavirus crisis? Happily and carefully

Governors should focus on tackling coronavirus rather than shift blame

Billie Is Here to Keep Your Self-Grooming in Check

The missing puzzle piece for getting to 100% clean power

Coronavirus scare as doctor arrested, charged with coughing on nurses

‘Officers are scared out there’: Coronavirus hits US police

Trump OKs use of National Guard, veterans to fight coronavirus

‘Come As You Are in the Family Car.’ Drive-In Church Services Are Taking Off During the Coronavirus Pandemic

Coronavirus May Add Billions to the Nation’s Health Care Bill

Coronavirus, anxiety, and the profound failure of rugged individualism

An Easy Way to Cut Your Business' Carbon Footprint

'Technological mujra 2020' to 'legalise liquor': Tweets by Rishi Kapoor that shouldn't be missed amid lockdown

How doctors put healthy people on a slippery slope to sickness

Fear behind bars as the coronavirus spreads

AP FACT CHECK: Trump a rosy outlier on science of the virus

Dolly Parton says coronavirus pandemic is a lesson from God: 'Keep the faith, don't be too scared'

They Celebrated Basketball and a Birthday. Then Came Coronavirus.

Abortion is a human right. A pandemic doesn't change that

Dr. Jack Graham: Coronavirus – My battle with depression has an important lesson for this crisis

Lockdown Therapy: Shah Rukh Khan is back on Television to make us laugh like the good old days

The untold history behind the 1936 Olympics

Woman fatally stabbed in the neck outside Harlem park

Coronavirus pandemic drives up price of heroin, meth and fentanyl

Nearing overload in coronavirus pandemic, Mono County sheriff has a message: Stay out

FDA is slowing down production of hand sanitizers

That time Hemingway was quarantined with his sick kid, his wife, and his mistress

With coronavirus anxiety, relaxation apps are as popular as ever

New Orleans Restaurants, Used to Disasters, Reckon With Something Worse

Experts are warning coronavirus puts the integrity of the 2020 election at risk. Here's what could happen in November

Home of the Week: Going Danish in Brentwood

Governors are starting to close their borders. The implications are staggering.

Trump orders US troops back to active duty for coronavirus response