Galyn Gorg, an actress who starred in "RoboCop 2" and "Fresh Prince of Bel-Air" among other film and television roles, has died after battling cancer.

A representative for Gorg confirmed her passing in a statement to Fox News on Thursday.

"Galyn was a beautiful soul who loved life, art and dance. She was a phenomenal woman who was not only a client but a good friend who will be missed beyond measure," talent manager Sheila Legette said. 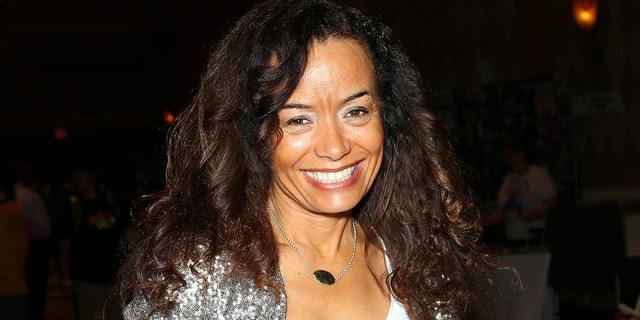 Gorg passed away on Tuesday at age 55, just one day prior to her 56th birthday.

"Our beautiful, kind, loving, talented, intelligent, magical sister passed this morning at 11:32am. Thank you all for the love and support that has poured in from around the world; from Thailand, Peru, Moscow, Chile, Europe......Prayers and blessings from have been made by family and friends from diverse faiths from Muslims, Christians, Mormons, Buddhists, Native Americans," Sunny wrote.

A relative of Gorg's set up a GoFundMe page which further explains her cancer battle. According to the family member, Gorg's cancer diagnosis came as a surprise and the disease spread "throughout her entire body and lungs."

"We were unaware of just how sick she was as the diagnosis was a shock to the entire family," the GoFundMe page states.

Gorg's family quickly traveled to Oahu, Hawaii, where she was seeking treatment.

In addition to starring in the Will Smith-led sitcom "Fresh Prince of Bel-Air," Gorg appeared in episodes of "Lost," "Parks and Recreation," "How to Get Away with Murder" and "Star Trek: Voyager."

In 2019, she starred in the TV movie "A Christmas Princess" and also played a role in 2018's "A Christmas in Royal Fashion."

Porto signed Portuguese goalkeeper Ramos
Ferdinand on the Golden ball: If I were Levandovsky, I would create a petition. It's cruel
Bernardo Silva on the Champions League: Liverpool are out, Real Madrid are out, but it won't make our path any easier. Everything can happen
Arsenal are outraged by Ozil's Interview. The player defended his decision to refuse a pay cut
Juventus is Interested in Gozens. Atalanta wants 30-35 million euros for the defender
Sabitzer about 2:1 with atlético: Leipzig didn't want to go home. We are determined to stay in Lisbon until the end
Simeone on relegation from the Champions League: there Are no excuses. We couldn't play the way we wanted to
Source https://www.foxnews.com/entertainment/galyn-gorg-robocop-2-fresh-prince-of-bel-air-dead-cancer?utm_source=feedburner&utm_medium=feed&utm_campaign=Feed%3A+foxnews%2Fentertainment+%28Internal+-+Entertainment+-+Mixed%29