Attorney General Merrick Garland took something of a victory lap on Wednesday, a day after the Department of Justice secured convictions in one of the Jan. 6 investigation's highest profile prosecutions.

An associate, Kelly Meggs, was also found guilty of seditious conspiracy in the first such convictions by a jury since 1995.

They could both face a maximum of 20 years in prison for that charge alone. Rhodes' attorney said they will appeal.

Meggs and Rhodes, along with three others connected to the Oath Keepers, who were all tried together, were each convicted on some but notably not all of their charges -- indicating jurors rejected some of the prosecutions' arguments.

Three of the five were acquitted of seditious conspiracy. 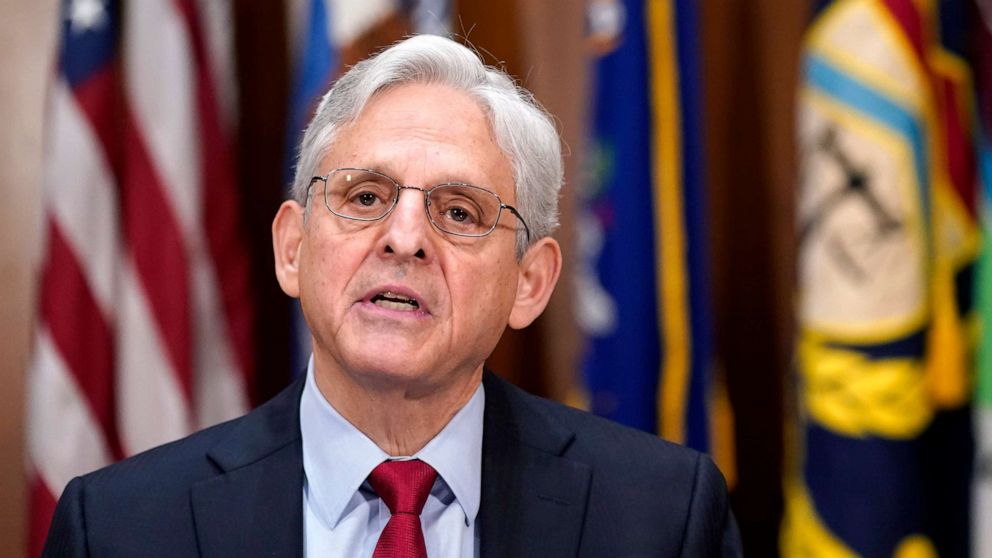 Attorney General Merrick Garland speaks at a news conference about a jury's verdict against members of the Oath Keepers in the Jan. 6, 2021, attack on the U.S. Capitol, at the Justice Department in Washington, Nov. 30, 2022.

"These convictions were the result of tireless work by Justice Department agents, attorneys, analysts and support staff beginning in January 2021 with a methodical collection of evidence and continuing through the presentation of that evidence during the seven-week trial that began in October of 2022," Garland told reporters at the Justice Department.

"Their skill and dedication are in the very best tradition of the Justice Department. And we are all extremely grateful to them," he said.

The seditious conspiracy convictions, Garland said, made clear that DOJ will hold accountable anyone responsible for the Jan. 6 attack.

Garland has named longtime federal prosecutor Jack Smith as special counsel to oversee the major Jan. 6 cases as well as the investigation into sensitive documents with classified markings that were taken from the White House by Donald Trump after his presidency ended.

The attorney general said Wednesday that he met with Smith in choosing him as special counsel and said the investigation is not being slowed down by the change in prosecutors overseeing the case.

He also said the Justice Department would like transcripts from interviews conducted by the House Jan. 6 committee but did not say whether or not he was satisfied with how long the process was taking.