Wink Martindale, the Giants’ defensive coordinator, was asked how much he has missed Azeez Ojulari. The second-year outside linebacker is set to return Sunday against the Commanders after he missed the last seven games with a calf injury.

Martindale laughed at that one, but he turned serious when the conversation turned to all the players on defense the Giants have played without this season. Martindale still has to deal with the absence of his top cornerback, Adoree’ Jackson, who remains out with a knee injury.

“I think it becomes the norm after a while,’’ Martindale said. “The way it’s been this season, it’s just sort of become the norm that, ‘OK, here’s who we have, let’s plan it this way, let’s do it this way.’ It’s really become the norm, which that’s not a good thing to say, I understand that, but that’s where we’re at.’’ 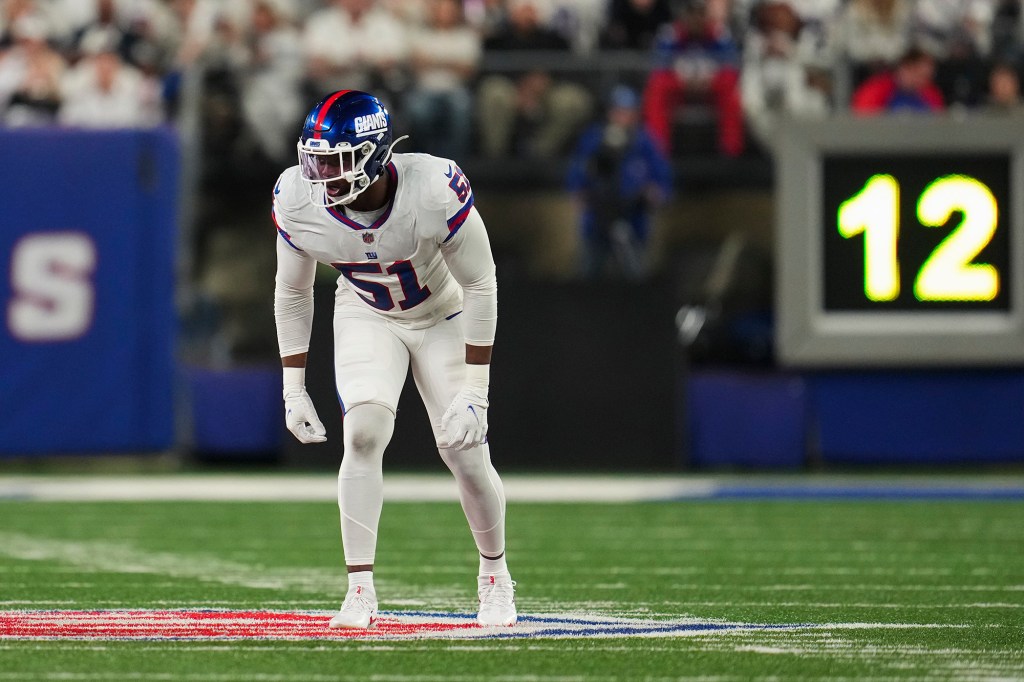 Offensive coordinator Mike Kafka did not at all want to discuss what happened on the fateful fourth-down play in the Thanksgiving Day loss to Dallas — Daniel Jones and Saquon Barkley failed to connect on a swing pass — that went off with the Giants having only 10 players on the field.

“Yeah, we addressed that internally,’’ Kafka said. “Talked about it with the players and staff. That’s one of those things we’ve just got to over-communicate and get that thing executed.’’

Kafka added by the time it was noticed that the Giants were a man short it was too late to call a timeout.

It sounds as if left guard Ben Bredeson, who has been out the past four games with a knee sprain, will need more time and will not make it back this week. Head coach Brian Daboll said Bredeson “took a fair amount of reps’’ on Tuesday.

“Need a couple more days with him to decide what we’re gonna do,’’ Daboll said.

If Bredeson is unavailable, there is a chance Nick Gates, who started at center in the loss to the Cowboys, will move in at left guard. Rookie Josh Ezeudu, who started two games at left guard, remains out with a knee injury.

“He’s played all the positions and practiced them,’’ Daboll said, downplaying the move from center to guard for Gates. “Whether you run ‘Power’ in one person’s scheme or ‘Power’ in the next there’s only subtle differences.’’

Gates in his time with the Giants has started 18 games at center, two at right tackle and one apiece at left and right guard.