London is calling the Giants, but the Giants could be calling free-agent quarterbacks as insurance for the uncertainty around Daniel Jones and Tyrod Taylor.

Jones’ ankle was so badly injured at the end of Sunday’s 20-12 win against the Chicago Bears that he could not do more than hand the ball off and limp back to the huddle. Taylor, who replaced Jones for 12 plays and was supposed to finish out the game, left with a fourth-quarter concussion and will have to go through a newly tightened league-wide protocol to be cleared.

So, the Giants’ starter next Sunday in London against the Packers could be Jones or Taylor or practice-squad elevation Davis Webb. The backup could be Taylor, Webb or someone signed off the street if Webb starts — he showed a mastery of the offense he has been in for four years during the preseason — and neither of the first two options is ready to go. Head coach Brian Daboll offered no postgame clarity on availability, though he claimed Jones could’ve thrown a pass if needed.

“I think I’ll listen to the doctors and trainers, take their advice and go from there,” Jones said. “I’m going to do everything that I can to play, for sure.” 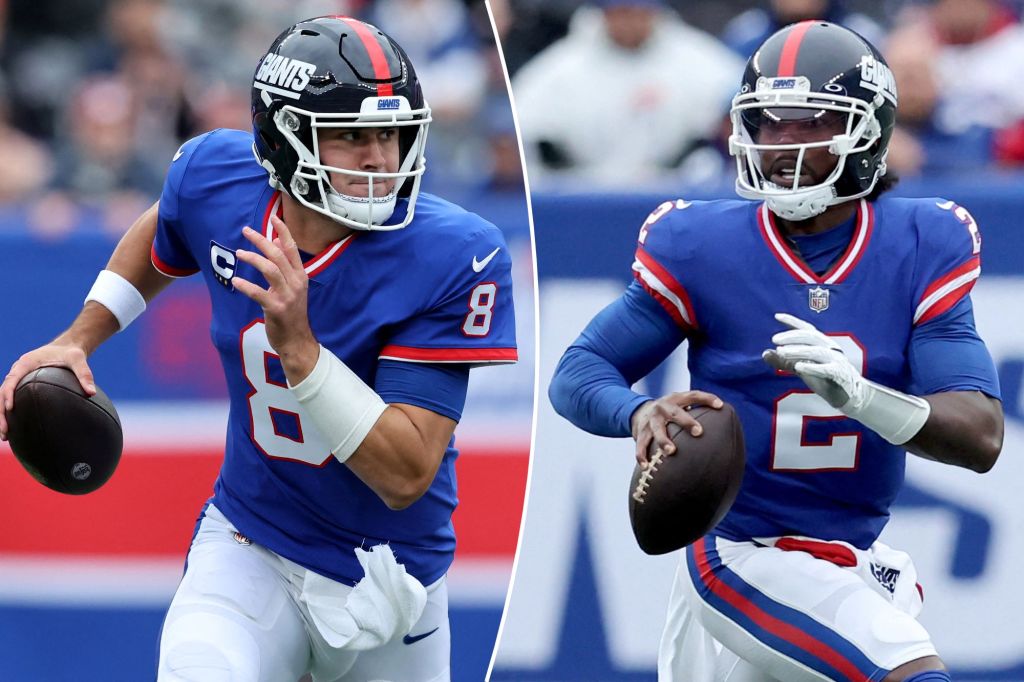 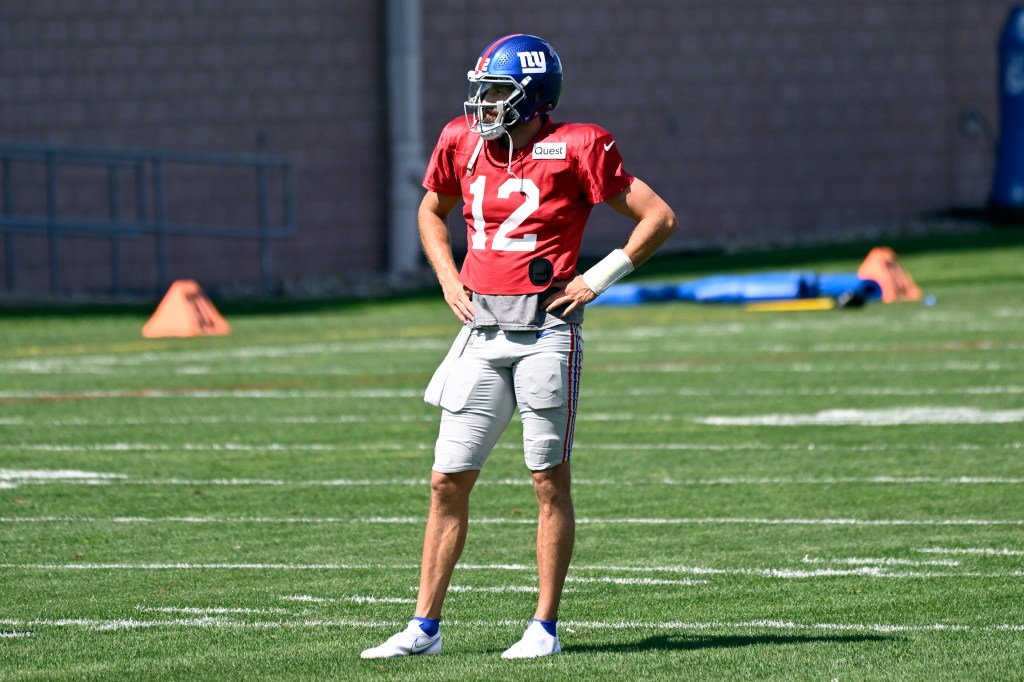 If further testing confirms a high ankle sprain for Jones, it would be his third in four years. Jones missed two consecutive starts in 2019 and two starts in a three-game span in 2020. When Jones tried to play in a pinch two weeks after his high ankle sprain in 2020, he had one of the worst games of his career as a sitting duck sacked eight times.

After Jones was left hobbled by a sack late in the third quarter, Taylor began loosening on the sideline. Jones ran sprints in the bench area and tried to talk his way back into the game.

“He wanted to go,” head coach Brian Daboll said. “I said, ‘You’re not going into the game. I see you’re limping. I’m not risking you getting injured to try to protect yourself with that limp. But if we need you, can you go back in the game?’ He said, ‘Yeah. I can go in the game now.’ ”

Taylor’s concussion on a helmet-to-helmet hit left no other option because Webb is on the practice squad and only the 46 active players are eligible for the game. Jones returned to the game for three plays as a stationary wide receiver just so that he could call plays in the huddle since his helmet has the headset to offensive coordinator Mike Kafka. He eventually returned under center to hand off. 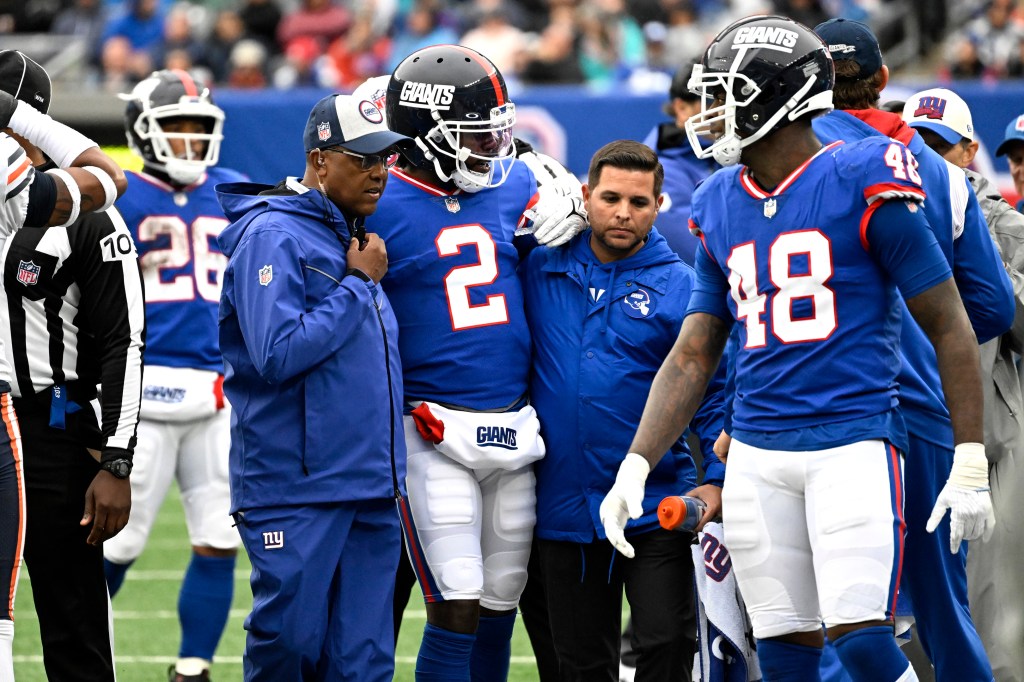 “I feel good,” Jones said. “A little sore but all good. Once I got out there, I got back loose again and felt a little better.”

The NFL is in the process of immediately making it more difficult for players to get through the five-step concussion protocol after Dolphins quarterback Tua Tagovailoa was woozy from a hit last Sunday, returned to that game, started another five days later and left with a concussion after his hands were locked in the “fencing response.” Jones played one week after a concussion last season but that doesn’t mean Taylor will be cleared.

Much of Jones’ effectiveness is tied to his ability to run, as he ran six times for 68 yards and two touchdowns against the Bears.

“It hurt,” Jones said. “Didn’t feel like I could move quite the same [afterward].”

Three keys for a US victory over the Netherlands

Cristiano Ronaldo denies he swore at Portugal coach over substitution

Luka Doncic latest superstar the Knicks have to deal with

Holiday gift giving is rife with waste. Here's how to give greener, according to experts

Giants holding second Legacy Game in nod to past