Premature fireworks shot off atop MetLife Stadium, but the Giants defense had not yet officially closed out a win.

Somewhere in the middle of the eight laterals thrown on the final play, as the Chicago Bears went from sideline to sideline in desperation, the person in charge of lighting the fuse thought the game was over. The defense didn’t flinch, however, and there was no rest until rookie Dane Belton cradled the loose ball that ended a wild 20-12 win over the Bears.

The Giants recorded six sacks of mobile quarterback Justin Fields, held dynamic second-year running back Khalil Herbert to 77 rushing yards and didn’t allow a touchdown for the first time in 14 games, stiffening up on three trips into the red zone. They forced two takeaways, with the future edge rush duo combining on one and Belton’s fumble recovery accounting for the other.

“We knew we needed turnovers,” safety Xavier McKinney said. “We emphasized it, and we got it done.” 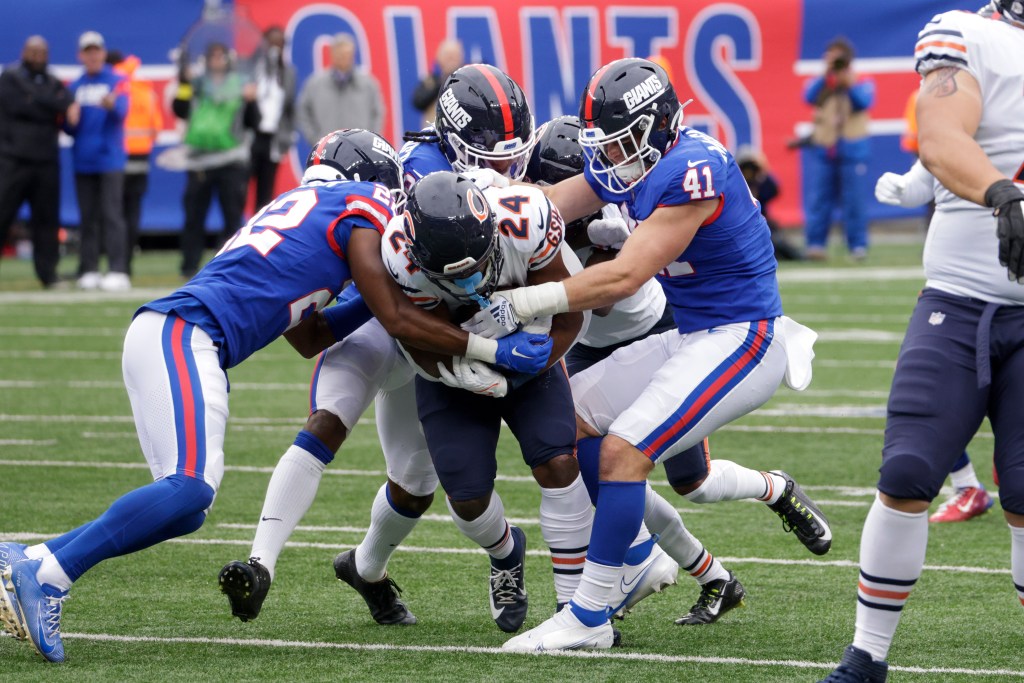 With the Bears driving and threatening to take a second-quarter lead, Azeez Ojulari sacked Fields as the quarterback’s empty hand went forward. Most players on both sides reacted like it was an incomplete pass, but Kayvon Thibodeaux hustled to the ball. Officials huddled and ruled it a fumble.

“I did not know it was a fumble,” Thibodeaux said. “Because it went forward, usually it’s not fumble. But that’s instincts and that’s what we coach: If a ball is on the ground pick it up, and if it’s reviewable they are going to give it to us rather than leaving it there and giving it back to  them.”

Thibodeaux and Ojulari both missed the first two games and were quiet in their season debuts. Actually, the whole pass rush accounted for two just quarterback hits against the Cowboys. So, seeing the rookie first-round pick and second-year second-round pick meeting at the quarterback was like a glimpse into the future for McKinney, who said, “that’s what I envision them doing.”

Ojulari added, “We just executed the play that the coach called and greatness happened.”

The Giants played the second half without starters Julian Love (concussion) and Aaron Robinson (knee) in the secondary. Jihad Ward (knee) limped off and returned, Ojulari (calf) limped off on the second-to-last play and Thibodeaux (back) looked hurt after the game, though none expressed major concerns going forward. 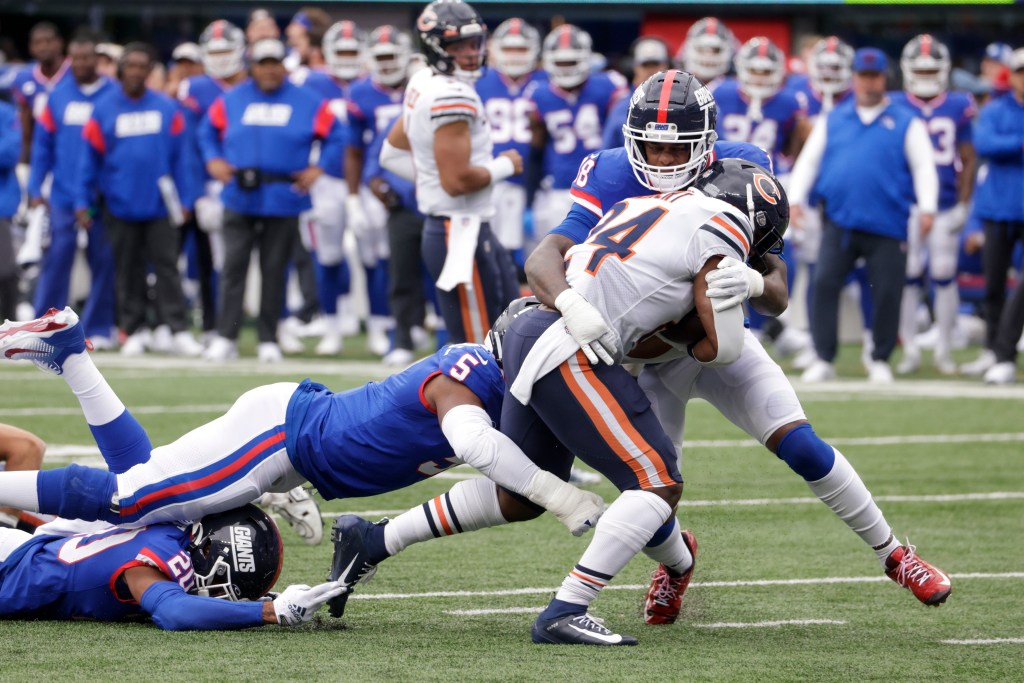 And yet the health of the defense was in better shape than the offense, which lost two quarterbacks. So, the defense had to buckle down because overtime would’ve been a major advantage to the Bears.

“I think that’s the greatest part of what we do here at the Giants: Everybody is ready to play,” Thibodeaux said. “We all know it’s going to take all of us.”

The biggest stop was a third-and-2 tackle by Tae Crowder — who had 10 tackles and a sack — to force a punt with 3:15 remaining. It essentially forced the Bears to rely on the laterals on their final possession.

“There’s no practicing it,” Belton said. “There’s no you-have-this-man, you-have-that. It’s almost like pee-wee football and those backyard games you play. It’s just trying to get the ball and end with it.”