Vice President Kamala Harris is traveling to Japan and South Korea this week, beginning with a several-day visit to Tokyo for the memorial service honoring Japan's former Prime Minister Shinzo Abe. Harris departed from Joint Base Andrews on Sunday, and is set to arrive Monday in the nation's capital city.

Harris will lead the presidential delegation to Tuesday's state funeral for Abe, who, after serving as prime minister for nine years between 2006 and 2020, was shot and killed while delivering a campaign speech in July. In addition to paying respects on behalf of President Biden and the broader U.S. population, Harris' visit aims to "reaffirm the United States' commitment to our allies in an increasingly complex security environment" and "deepen our overall engagement in the Indo-Pacific region," a senior administration official said at a Friday news briefing.

The vice president is expected to confront controversy during the trip, as Japan's government-backed funeral for Abe draws public backlash and protests. Last week, an elderly man reportedly set himself on fire near the prime minister's Tokyo office, in an apparent gesture against the memorial plans, according to officials and media outlets. More demonstrations are expected to take place in the coming days. 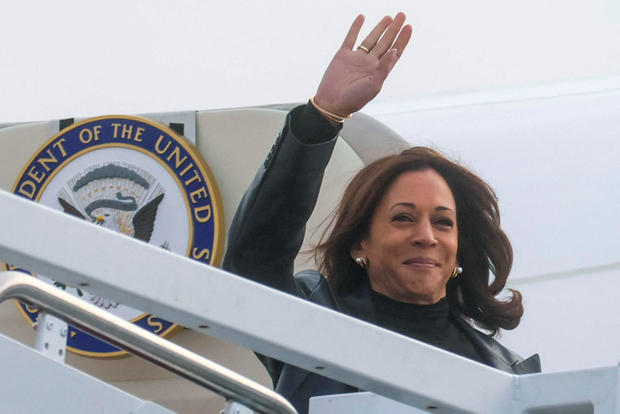 American allies are seeking clarity after mixed messages over whether Mr. Biden would send troops to defend Taiwan from a Chinese invasion, a potential conflict that could swiftly engulf the rest of the region. There is the potential for more provocations from North Korea, which test-fired a missile shortly before Harris' departure Sunday from Washington.

Meanwhile, South Korea and Japan are inching toward a reconciliation that would heal some of the wounds left from World War II, with the U.S. gingerly trying to nudge along the process. And there's resentment over a new U.S. law that makes electric vehicles built outside of North America ineligible for subsidies.

Even Abe's state funeral Tuesday itself is a sensitive topic in Japan, where such memorials are uncommon and the late leader's legacy remains disputed. Abe, a conservative nationalist in a country that embraced pacifism after World War II, was assassinated with a homemade firearm nearly three months ago.

The controversy has politically weakened Japan's current prime minister, Fumio Kishida, at a time when his government is planning to further Abe's goal of strengthening the country's military.

If Japan moves forward with its proposed military spending, it will have the world's third-largest defense budget in the coming years as tensions rise between China and the United States over Taiwan. The island is a self-governing democracy, but Beijing views it as part of its territory and has pledged to reunify it with the mainland. 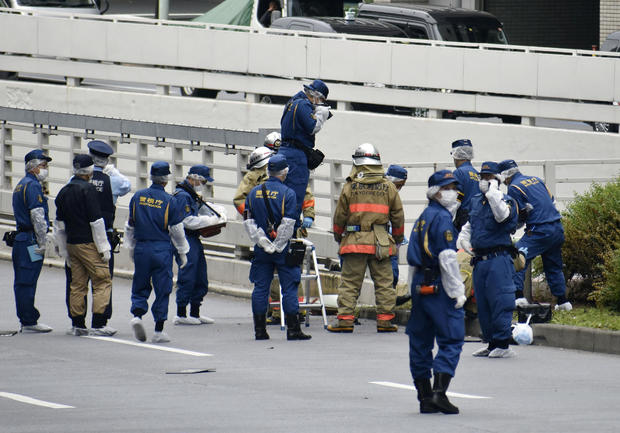 Police officers and firefighters investigate at the site where a man, who was protesting a state funeral for former Japanese Prime Minister Shinzo Abe, set himself on fire in Tokyo, Japan, on Sept. 21, 2022. KYODO via Reuters

Harris, who is leading a delegation of current and former U.S. officials to the funeral, plans to spend three nights in Tokyo. She is expected to meet with Kishida, South Korean Prime Minister Han Duck-soo and Australian Prime Minister Anthony Albanese. Harris plans to meet with Japanese business leaders as the U.S. seeks to expand computer chip manufacturing and visit with U.S. sailors serving on an American destroyer at a nearby naval base.

It will be the vice president's second trip to Asia since taking office in January 2021.

At a stop in South Korea, she intends to see President Yoon Suk Yeol and host a roundtable discussion with leading women — a delicate topic in a country where Yoon has faced criticism for his male-dominated administration.

Relations between South Korea and Japan remain strained because of the legacy of Japan's aggression during World War II. Koreans are seeking compensation over forced labor and sex slavery that occurred when Japan occupied their country.

Kishida and Yoon announced Thursday at the United Nations that they will accelerate their work to repair their two countries' relationship.

Mr. Biden met separately with each leader, and the U.S. is eager to see the two allies resolve their issues as it seeks a united front against China.

Taiwan remains a flashpoint, and tensions have been rising in recent months.

House Speaker Nancy Pelosi visited Taiwan in August, outraging Beijing, which responded by holding military exercises. Although Chinese leaders have said they seek peaceful reunification with Taiwan, the exercises are a reminder of the possibility that Beijing could use force.

China also fired missiles into waters near some of Japan's southern islands, a reminder that any conflict over Taiwan would be a threat to other countries as well.

The U.S. has 55,000 troops based in Japan, with more than half on the southern island of Okinawa. Earlier this month, Okinawa reelected a governor who calls for a reduction in the U.S. presence there.

Mr. Biden said in a recent "60 Minutes" interview that the U.S. would send its own troops to defend Taiwan if China invaded. But there is no formal defense treaty with Taiwan and administration officials have repeatedly said Mr. Biden's comments don't reflect a change in policy, muddying the waters over what, exactly, the U.S. would do. 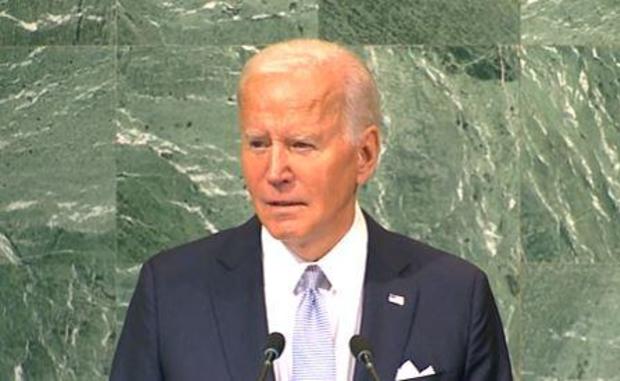 "It is ambiguous," said Ja-Ian Chong, an associate professor of political science at the National University of Singapore. "But whether it's strategically ambiguous, I don't know."

More controversy awaits Harris in South Korea, where there's outrage over new U.S. rules that make electric cars built outside of North America ineligible for U.S. government subsidies. The policy was included in the Inflation Reduction Act, a landmark piece of legislation that includes nearly $375 billion for climate change initiatives.

Yoon, South Korea's recently elected president, had spent his first few months in office emphasizing his country's close ties with the U.S., but now officials are expressing a sense of betrayal. They want the rules to be postponed until 2025, when Korean automaker Hyundai plans to complete a new factory in Georgia.

Yoon's government is also considering whether it should file a complaint at the World Trade Organization over the law, which it sees as potentially violating trade rules and an agreement between the two countries.

South Korean officials are also seeking cooperation with European nations such as Germany and Sweden, which they say share similar concerns about their electric vehicles exported to the U.S., to put more pressure on Washington over the "discriminatory" withdrawals of subsidies.

The dispute is an unpleasant sequel to Mr. Biden's trip to Seoul earlier this year, when he celebrated automaker Hyundai's plans to invest $10 billion in the U.S. About half of that money is for the Georgia factory.