Four young children and a mother were struck by a hit-and-driver who reportedly blew through school bus stop signs in Brooklyn on Wednesday night, police and witnesses said.

The 41-year-old mom, who was with a baby in a stroller, was picking up her kids from the school bus at the corner of Avenue J and New York Avenue in Midwood when a driver slammed into the group just before 5 p.m., police said.

“It was just terrible… the stroller was actually, you know, on the ground,” witness Joanne Johnson told The Post.

All five victims were taken to an area hospital in stable condition. The children ranged in age from 1 to 8 years old, according to cops.

Some of the children were exiting the bus when they were struck, according to cops and a witness. 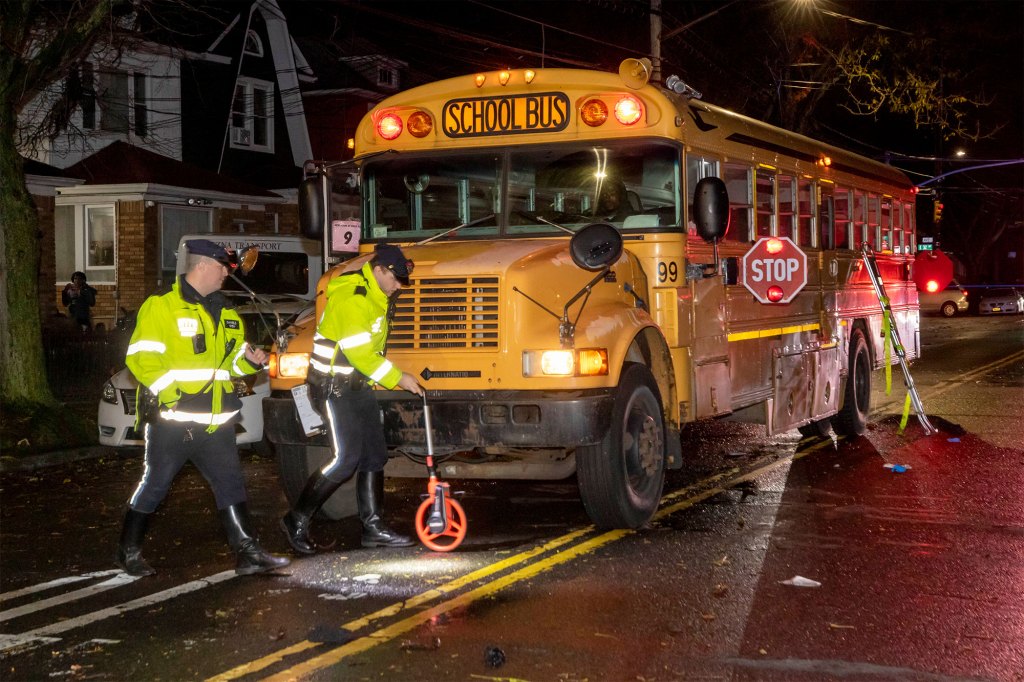 The woman was pinned under the bus, yelling for help, according to Johnson.

“[The mother] was crying probably thinking that she was going to die, thinking about her children of course. So it was very dramatic,” she added.

The driver fled the scene, but the car was recovered, unoccupied, by police shortly after the crash. 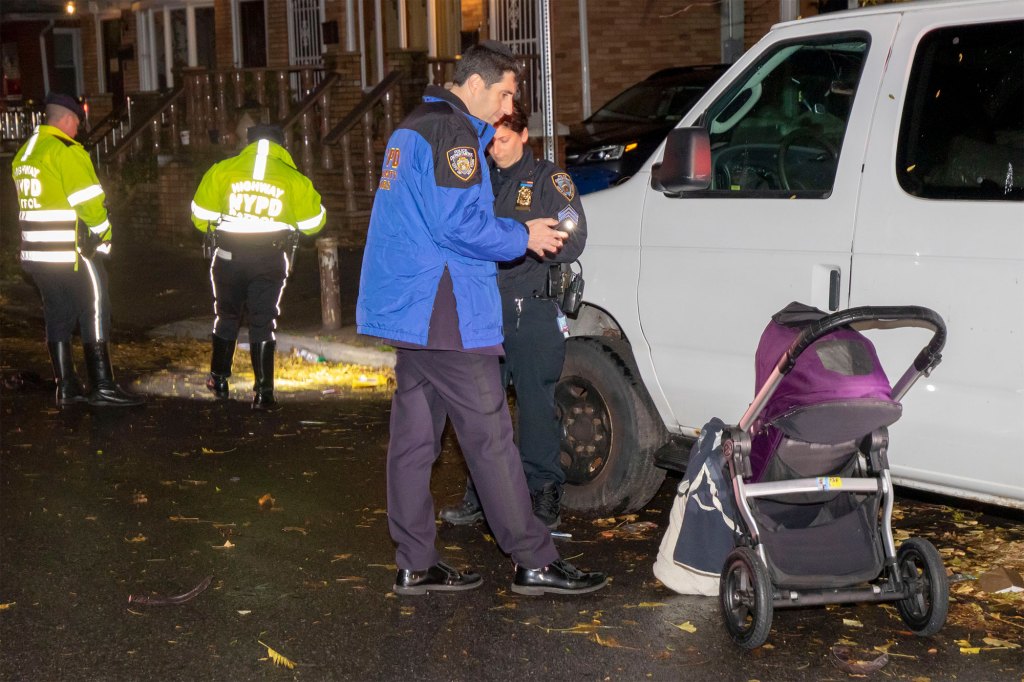 It’s unclear if the woman is the mother of all four children, but Johnson said she had one child in a stroller and was picking up at least one girl from the bus stop.

Johnson, who lives on the corner, said she heard the car, a White Mercedes, before it even struck the children and mother.

“The white car just blew past the stop signs,” she said. “Unfortunately the [car] did not stop of course and just keep driving off.”

She said she heard the mother screaming “help me and my kids, my kids.” 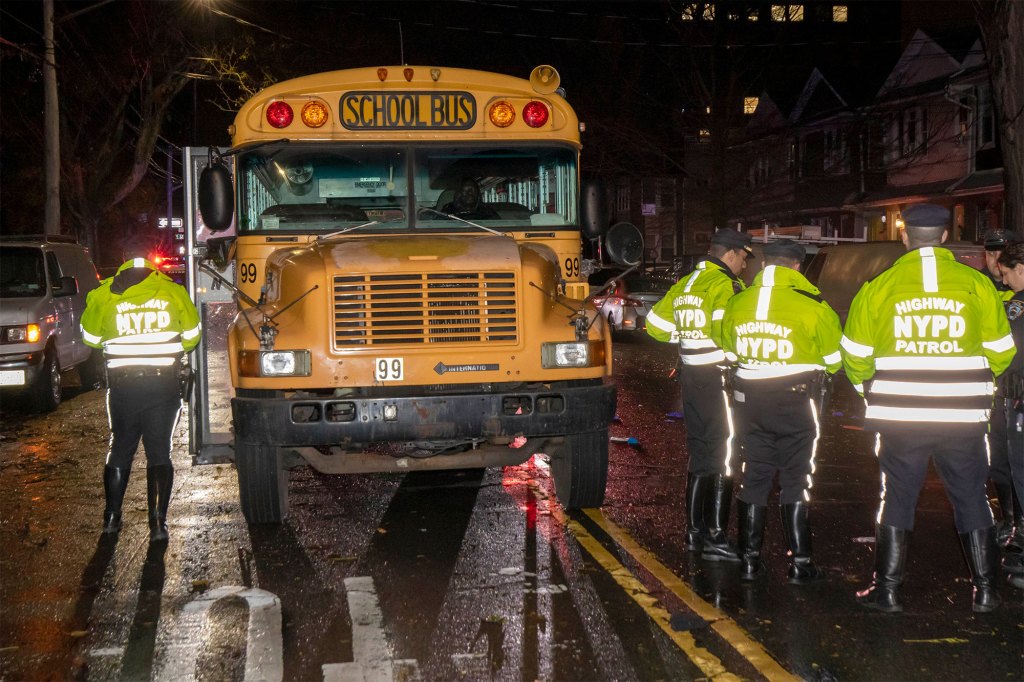 “Oh Jesus, you know, at that moment, you just have to pray because it’s scary,” Johnson said.

“It was so loud and tense,” the frightened neighbor added.