President Biden stunned viewers of a Hurricane Ian recovery briefing Wednesday by saying into a hot mic that “no one f—s with a Biden” shortly after he told devastated residents of southwest Florida that he can commiserate due to a minor house fire that destroyed an “awful lot” of his own home almost 20 years ago.

The 79-year-old president made the unexpected vulgar remark about family loyalty to Fort Myers Mayor Ray Murphy after taking several questions from reporters.

“You were raised the same way I was,” Biden told the mayor.

“I was, I was,” Murphy said, as Biden continued speaking.

“No one f—s with a Biden,” continued the president, whose son Hunter is under federal investigation for possible tax fraud and illegal foreign lobbying.

“Goddamn right,” the mayor said, seemingly surprised by what he was hearing.

“And you can’t argue with your brothers outside the house,” Biden finished. 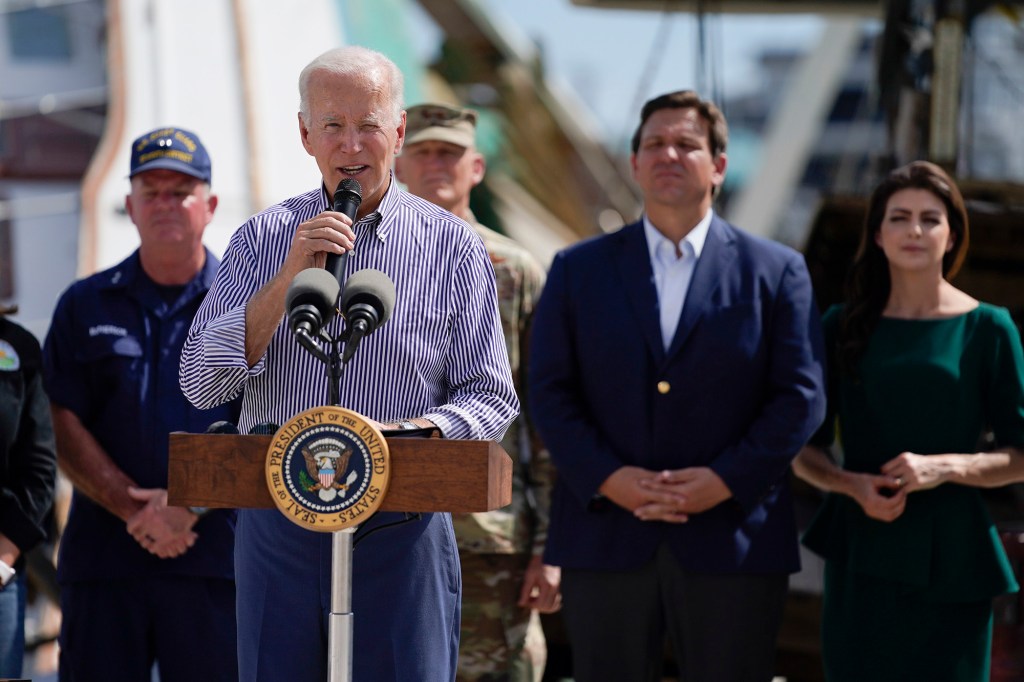 White House spokespeople did not immediately respond to The Post’s request for comment, including about whether some unusual audio issue distorted the president’s words.

Biden has made a series of surprising remarks in the past week.

On Sept. 28, he publicly asked about the whereabouts of the late Rep. Jackie Walorski (R-Ind.), despite the fact that he publicly mourned her death and called her family to offer condolences eight weeks prior. On Tuesday, Biden mocked reporters for asking shouted questions — as is standard practice — at the end of the public portion of an event. 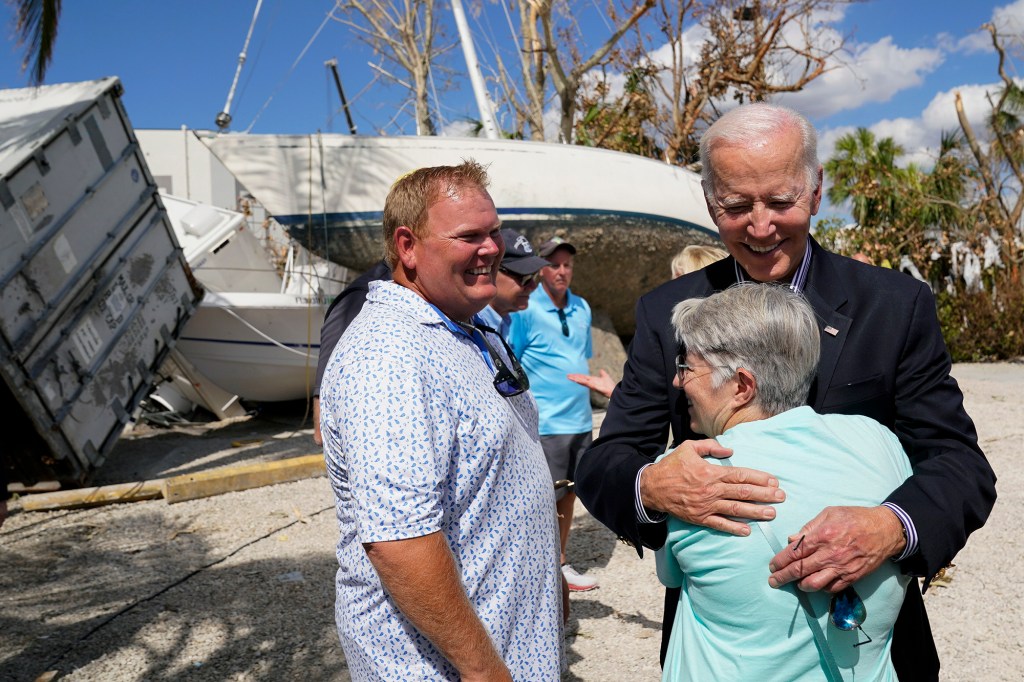 The president arrived in Florida seven days after flooding and winds associated with Hurricane Ian caused severe damage to the region, destroying or rendering uninhabitable thousands of homes.

Biden said he could commiserate with those left devastated by the storm because of his own home’s damage from a 2004 lightning strike that caused a kitchen fire and heavy smoke. That blaze was extinguished by firefighters within about 20 minutes, according to an Associated Press report at the time.

“I know from experience, how much anxiety and fear and concern are [among] the people,” Biden said in Florida. “We didn’t lose our home, but lightning struck and we lost an awful lot of it about 15 years ago”

“We had relatives nearby. It wasn’t like everything was wiped out,” Biden went on. “But we know the feeling, that feeling about, ‘Where am I going to put my head down on a pillow tonight? How’s that gonna work? Is my kid gonna be okay? Is he be able to go back to school? Am I gonna be able to rebuild my home?'”

Although Biden and Republican Gov. Ron DeSantis presented a united front at a public event in Fort Myers, Biden appeared to work in a dig at the potential 2024 GOP presidential candidate, praising him for his belief in climate change despite DeSantis’s own admission that “I am not a global warming person.”

“What the governor has done is pretty remarkable so far,” Biden said. “First of all, the biggest thing governor has done and some of the others have done they recognize this thing called global warming. The world is changing.”