On a biting cold morning on November 28, 1972, a Frenchman was guillotined for a murder he did not commit, in a case that so traumatized his lawyer he would spend the rest of his life campaigning to end the death penalty. Roger Bontems, 36, was beheaded for being an accessory to the brutal murder of a nurse and a guard during a break-out attempt at a prison in eastern France.

Seven minutes after he was decapitated in the courtyard of La Sante prison in Paris, his co-conspirator Claude Buffet — a 39-year-old man convicted of a double murder that had sent shockwaves through France — met a similar end. 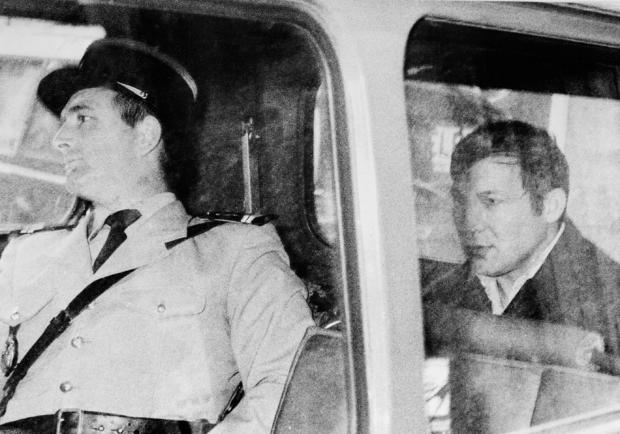 Photo taken in 1971 of Roger Bontems during his transfer to the Troyes prison in France. Bontems was sentenced to death for complicity in murder and guillotined on November 28, 1972. STF/AFP via Getty Images

Among the witnesses of the executions was Robert Badinter, a crusading young lawyer who was haunted by his failure to save the life of his client Bontems.

In a 2002 interview, Badinter, who as justice minister famously defied a hostile French public to abolish capital punishment in 1981, revealed that for a long time after Bontems's death, "on waking around dawn, I would obsessively mull over why we had failed."

"They had accepted that he had not killed anyone. Why then did they sentence him to death?"

In September 1971, Buffet, a hardened criminal who is serving a life sentence for murder at Clairvaux prison, convinces fellow inmate Roger Bontems, who is serving a 20-year term for assault and aggravated theft, to join him in a high-stakes escape attempt.

The pair fake illness and are taken to the infirmary where, armed with knives carved out of spoons, they take a nurse and a guard hostage.

They threaten to execute their captives unless they are freed and given weapons.

This precipitates a standoff with the authorities that keeps the French glued to their TV screens until police storm the prison at dawn and find both hostages dead, their throats slit.

The grisly murder of the nurse, a mother of two, and the prison warden, father of a one-year-old girl, sparks an impassioned debate about the death penalty, which had not been implemented since President Georges Pompidou came to power two years earlier.

Hundreds of people baying for the mens' heads pack the streets outside the courthouse when they go on trial in Aube in 1972. The nurse's husband and warden's family are among those attending.

Buffet, who is portrayed in the media as a heartless monster, admits to killing the guard and stabbing the nurse, and defies the court to sentence him to death.

Bontems is found guilty of merely being an accessory. But he is also given the death penalty, amid intense pressure from prison wardens' groups seeking revenge for their colleague's death.

Badinter appeals to the highest court in the land not to apply the law of "an eye for an eye," and then to Pompidou, who has pardoned six other death-row prisoners. 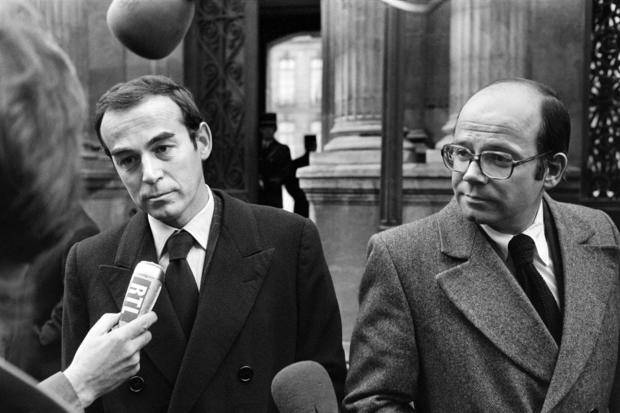 The lawyers of the convicted criminal Roger Bontems, Robert Badinter (L) and Philippe Lemaire (R), address the press after being meeting with the French President Georges Pompidou, on November 14, 1972 after pleading for a presidential pardon for their client, condemned to the death penalty. -/AFP via Getty Images

His pleas fall on deaf ears in the face of a poll showing 63% of the French favor capital punishment.

On November 28, 1971, Bontems and Buffet are beheaded in the courtyard of La Sante prison, under a giant black canopy erected to prevent the media snapping pictures from a helicopter.

Badinter, whose Jewish father died in a Nazi death camp, would later say the case changed his stance on the death penalty "from an intellectual conviction to an activist passion."

"I swore to myself on leaving the courtyard of la Sante prison that morning at dawn, that I would spend the rest of my life combatting the death penalty," Badinter told AFP in 2021.

Five years later he helped convince a jury not to execute a man who kidnapped and murdered a seven-year-old boy, in a case that he turned into a trial of the death penalty itself.

Badinter called in experts to describe in grisly detail the workings of the guillotine, which had been used to decapitate prisoners since the French Revolution of 1789.

In all, he saved six men from execution, eliciting death threats in the process.

"We entered the court by the front door and once the verdict had been read and the accused's head was safe, we often had to leave by a hidden stairway," the man dubbed "the murderers' lawyer" by his detractors, recalled.

When he was appointed justice minister in President Francois Mitterrand's first Socialist government in June 1981, he made ending the death penalty an immediate priority.

Its abolition was finally adopted by parliament on September 30, 1981, after a landmark address by Badinter to MPs.

Decrying a "killer" justice system, he said: "Tomorrow, thanks to you, there will no longer be the stealthy executions at dawn, under a black canopy, that shame us all."